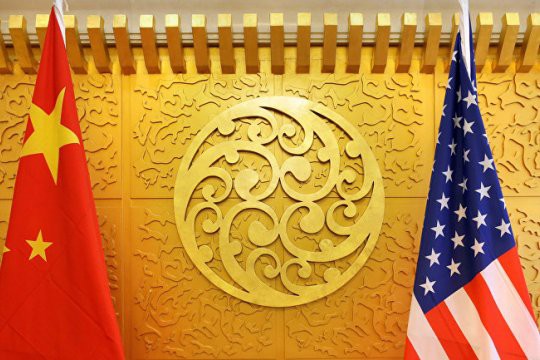 Public interest in US-China trade talks has acquired secondary importance in recent months, just as American restrictions regarding China – Donald Trump’s brainchild. Trump has gone, the problem is still there.

In January 2020, after months of talks, the two sides signed the first part a trade agreement under which Washington retains 25% import duties on Chinese produce to the total sum of 250 billion dollars per year along with 7,5% on products worth 120 billion. The agreement also stipulated that the Chinese party purchased US-made industrial products worth 75 billion dollars, energy carriers worth 50 billion, agricultural goods worth 40 billion, and would spend another 35-40 billion on services in the course of two years.[1]

A few days ago Chinese Vice Premier Liu He and US Trade Representative Katherine Tai meeting on-line discussed the possibility of abolishing higher import duties and lifting sanctions. The two parties exchanged opinions on the implementation of a trade deal between China and the USA, “expressed concerns and agreed to settle reasonable concerns through negotiations».[2]

Significantly, Katherine Tai made it clear the day before the consultations that the United States would build trade relations with China «by forceful methods». Strange rhetoric, considering that these are trade consultations, not disarmament talks. The more so since the entire history of US-China relations demonstrates that such an approach does not work with China.

According to Wall Street Journal, the United States plans to retain the existing duties on the import of wares from China with a view to make China fulfill in full the provisions of the first part of the 2020 trade agreement and might even impose extra duties if pressure is needed.

Chinese Commerce Ministry Representative Gao Feng has said that while the Chinese authorities are set on implementing the terms of the trade deal with the United States, Beijing needs the assistance of the American side proper in order to comply with the agreements. As for higher import duties imposed on Chinese goods under Donald Trump, the Chinese official pointed out that Beijing considers them unproductive. "They are not beneficial for the United States in the first place and have a negative impact on the restoration of global economy".[3]

That means, starting from scratch. However, both parties will have to calculate in  detail all the factors involved. On the one hand, US-China trade turnover has been growing, despite the existing differences and the global economic slump in connection with the coronavirus pandemic. By the results of the first five months of  2021, US-China trade turnover increased 52,3% against the  same period last year to total 279,64 billion dollars. Export from China into the USA has gone up 49,8% to amount to 206,05 billion dollars, whereas the USA imported 73,59 billion dollars worth of goods to China, which is 59,8% more than in the same period last year. [4]

On the other hand, the fact that the current energy crisis has hit hard on the producers can’t but affect trade. Besides, the American strategy of exerting pressure on China in trade and exchange of technologies is still in place. That’s why the two sides will have to play a hard game to achieve a compromise and mutually acceptable results.