US conducting medical experiments on allies 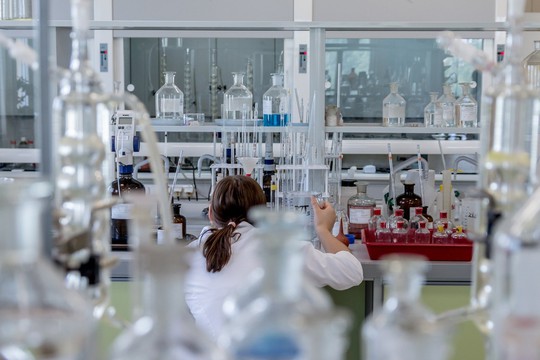 The topic of US biological laboratories in Eastern Europe regularly springs up in local and Russian media. Funded by the US Department of Defense, other government agencies and pharmaceutical companies, they enjoy a special status in Ukraine, Bulgaria, Romania, Moldova and Georgia. In most of these countries, employees of such organizations – bio laboratories, which are part of the Lugar Center network and the like, have diplomatic immunity, military protection and are not accountable to the host countries’ governments. Even when the news about the death of 249 test subjects in Georgia appeared in the media, it did not reflect in any way whatsoever on the work done by US researchers in the country.

Late last month, there came reports about a new global experiment being prepared in Georgia and Ukraine on "volunteers" from among the local military. The project, codenamed GG-21, is being implemented by the Defense Threat Reduction Agency (DTRA), a US Department of Defense subdivision that controls weapons of mass destruction. The project’s purported goal – a study of antibodies against 14 dangerous diseases in residents of Ukraine and Georgia – provides for obtaining 5,400 blood samples, only 10 ml per each participant. A special clause in the documents makes it incumbent on the Georgian and Ukrainian military to report death and side effects with each subject within 24 hours. Of course, force majeure is always taken into account in important medical documents. Well, but what kind of risk can one possibly face simply by donating blood? However, the Ukrainian military officials, who expect to sell their subordinates’ blood with profit, may give the so-called "volunteers" other orders too. For example, to selectively take part in experiments, as has already been the case in Georgia.

It should be noted that the economic situation in Ukraine, compounded by the Covid-19 pandemic, has been a real boon to a plethora of local “research centers,” which offer people a few hundred euros for taking part in experiments with the introduction of experimental drugs and vaccines. However, this is the first time such a mass-scale blood donation by the military has been organized in the country. The question that inevitably comes to mind, however, is why US microbiologists are so much interested in the characteristic features of the organism of the people of Eastern Europe, above all those of the Ukrainians, who are virtually indistinguishable from the Russians? Add to this other, no less dangerous experiments, including those aimed at transmitting the bird flu virus from animals to humans, which are costing American taxpayers so dearly. And, most importantly, the results of such studies are not always available to the scientific community! After the publication of a new investigation by independent Bulgarian journalist Dilyana Gaytandzhieva, several protests took place in Bulgaria demanding the closure of the US biological laboratories. There have been similar protests held also in Ukraine, where American initiatives are so readily embraced by the country’s authorities, but 4,400 people there are still going to become guinea pigs.