US increasingly wary of Russia’s growing sway in the world 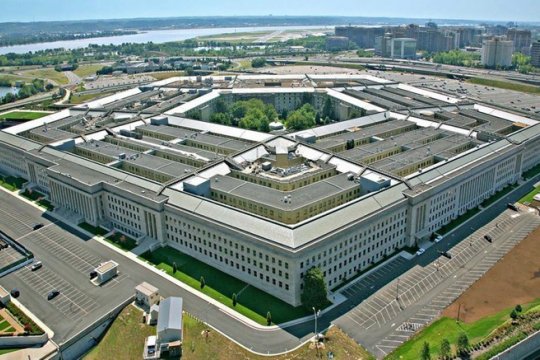 According to a newly unclassified expert report [i] released in May by the Strategic Multilayer Assessment (SMA) program, funded by the US Defense Department, “Russia is beating the US in the race for global influence.”  Even though the study does not reflect the official position of either the Pentagon or the US government, it was prepared for the US Joint Chiefs of Staff. According to the authors, the United States still underestimates Russia’s growing influence "on public opinion in Europe, Central Asia, Africa and Latin America." Are some “external forces,” Russia included, to blame for America’s waning influence in the world?

In a think piece carried by a special issue of Foreign Affairs journal, the prominent US expert Fareed Zakaria said that the decline of America’s global hegemony did not begin yesterday. [ii] Still, the man who has been running the United States for three years now is openly describing the world as the scene of global competition where virtually all means are good for coming out on top, including moves to undermine multilateral institutions and well-established foreign policy structures. According to many Western observers, during the recent G20 summit in Osaka, President Donald Trump found himself pitted virtually against all other participants. European media reports said that only six of the G20 states now maintain good relations with Washington.

Four more countries are described by the authors as being in the tension-filled "gray zone." With everyone else, they add, Donald Trump "is in a state of trade" war." [iii]

Trump openly calls Europe "an economic enemy" [iv] and sees America’s nominal allies as competitors, which need to be beaten no matter how. He also supported Brexit, offered France trade preferences if it left the EU, and later refused to delay the introduction of duties on European steel and aluminum imports. In Osaka, Trump repeated his threat to slap higher tariffs on a raft of European goods, including autos and auto parts. As if that were not enough, the White House directly and indirectly encourages euro skeptics and those opposed to the idea of a more consolidated European Union.

Faced with growing US hostility and Donald Trump’s possible re-election in 2020, Europeans are looking for retaliatory measures instead of waiting out the temporary period of US “eccentricity.” Judging by the people tapped for the heads of the European Commission and the European Central Bank, the EU leadership is trying to do more than just strengthen its own strategic autonomy and establish a full-fledged European "power center” that would interact with the US mainly on the principles of "Realpolitik."

Therefore, an increasing number of European politicians would like to turn the EU into a cornerstone of international order, a “counterweight” to the United States to ensure a balance of forces if Washington goes overboard. Europe is actively opposing US sanctions against a number of third countries, and Ursula von der Leyen, a proponent of the idea of creating a European army, has been nominated for the head of the European Commission. Also, there is a growing chorus within the EU establishment for restoring ties with Russia. Moscow, for its part, is making efforts to reach out to Europe and restart a comprehensive and constructive dialogue on new European security architecture. Russian Foreign Minister Sergei Lavrov reaffirmed this desire during the Security Conference held in Munich in February.

A pragmatic view on developing economic ties with Russia has always been popular in Europe, even during the Cold War. Today too, there are calls increasing being heard in Germany, Italy, and Hungary to rethink and even lift altogether the current sanctions against Russia. On a geopolitical scale, even louder calls are being made to rethink the very issue of the imaginary “Russian threat” to the EU. While some continue to justify the need for greater cohesion of Europe by a newly-isolationist America eroding Atlantic unity and the “new assertiveness” of Russia and China, others, like the EU’s current informal leader, Emmanuel Macron, already realize the need for Europe to offset the US influence. In June, Macron called for rebuilding ties between Europe and Russia.

“The Europe, which I believe in, and its multi-polarity, which I uphold, must build new rules of trust and security with Russia instead of just toeing NATO’s line. We need to build [relations] only between Europe and Russia,” Macron said. [v]

In Asia, Washington’s passion for the “America first” concept has its allies and potential partners guessing about how the White House is actually going to ensure the region’s “freedom and openness.” President Trump’s stake on "crude protectionism" has already resulted in the US exit from the Trans-Pacific Partnership (TTP) project - the cornerstone of the Obama Administration’s strategy of strengthening America’s influence in the Asia-Pacific region. The United States has also embarked on a policy of undermining free trade, all the way to unleashing all-stops-out trade wars.

Meanwhile, as Washington’s Cold War-era experience of cobbling together alliances shows, the architecture of interstate relations based on mutual trust remains stable only as long as all its participants are united by shared  interests, a common approach to threats and the ability to harmonize mutual interests for the long haul. The Cold War years saw various “models” of regional security with US participation repeatedly popping up in various parts of Asia. However, all these “models” had vanished without a trace before the end of the global bipolar confrontation, primarily due to Washington’s inability to consider the interests of its negotiating partners.

On June 1, the US Department of Defense published a report [vi], which essentially outlined Washington’s military and geopolitical goals in the Indo-Pacific region (ITR). The document is replete with contradictions and inconsistencies though. For example, the United States is opposed to any power’s dominance in the ITR. However, to solve this problem, the Pentagon actually wants to maintain its military domination in the region. Washington says that it is against relationships based on “strategic dependence.” It still implies that its allies buy US-made weapons and equipment at the price set by the Pentagon. This means that they are supposed to stand by to help America retain its dominant position in the region! Finally, Washington is not going to offer its partners any development programs any time soon - just some abstract “new strategic corridors” and “new paths.”

Here Russia is indeed the direct opposite of Trump’s America. Unlike Washington, Moscow wants to promote trade liberalization and multilateral constructive cooperation between Asian countries. In the Indian-Pacific region, Russia is working to “ensure sustainable, comprehensive growth” for all countries and peoples. Implementing tasks of such magnitude and scope requires effective economic integration through open and mutually-rewarding cooperation. Therefore, Moscow supports efforts to create a free trade zone in the engineering and technology sectors. However, many American observers tend to describe Russia’s policy as “malicious” aspirations to restore and expand its sway over Asia in all directions and “by all means.”

Using double standards of perception, Western experts are quick to blame Russia for doing exactly what they hail as “efficient,” “natural” and “only possible” if it is done by the United States. In Africa, however, the US is proposing a de facto new edition of the Cold War policy. Between 2006 and 2018, America’s trade with sub-Saharan Africa dropped by 45 percent, but the Africans are still expected to support Washington’s policy of actively opposing Russia and China. Washington, which is quickly losing influence and prestige in the region, is clearly longing for the times of the infamous Cecil Rhodes, even though such ideas look shocking even to many experts in the West itself.

Russia, by contrast, is actively expanding cooperation with African countries and is now drawing up a conceptual framework for cooperation with Africa, with the first Russia-Africa summit scheduled to be held in Moscow later this year. Russia keeps expanding the format of its political dialogue with African states, many of which share Moscow’s position on key international issues. Economic ties are also developing, with the Russian Federal Customs Service reporting that last year’s trade turnover between Russia and Africa stood at a healthy $20.4 billion.

Russia's has a strategic interest in developing ties with African countries ensuring food supplies, developing modern sectors of their economies and helping them to become competitive in the world. Russian investments are particularly welcome in local infrastructure projects and the construction sector. Cooperation prospects in energy and food industry look equally promising. African experts underscore the importance of Russia's assistance in the fight against terrorism and radicalism. Finally, Moscow sees the growth of the African countries’ defense capability and sovereignty in the general context of maintaining a world system based on the principles of equality and respect for the interests of all members of the international community.

Meanwhile, the US foreign policy under Trump reflects a clear desire by Washington to bring back the classic imperial formulas and unilateralism. In an era of unpredictability, with the United States working hard to erode multilateral international institutions, Washington’s biggest concern appears to be the decline of its global supremacy. Therefore, its primary goal is to strengthen American power and ensure the priority of American interests over those of anyone else. More pragmatically minded people, however, remember full well that a similar mindset that prevailed in Washington under Presidents Bill Clinton and George Bush Jr. resulted in a quick loss by America of any sense of reality and created an atmosphere of euphoria of global supremacy, bordering on a license to do whatever it deemed fit in the world. All this actually set the stage for the current decline of America’s global dominion. Well, competition between states is a natural thing, no doubt about that. However, any country’s desire for personal hegemony will always be rejected by countries, for which terms like “sovereignty” and “independence” are not just empty words.