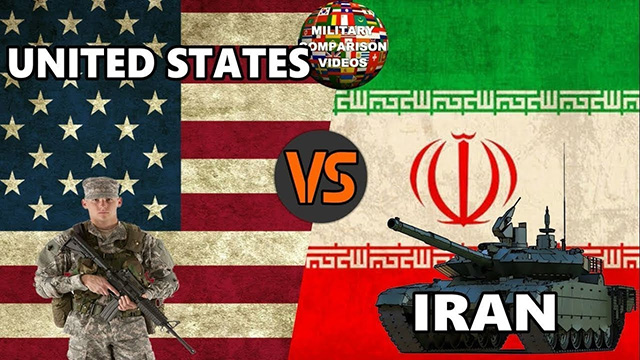 ‘The bottom line is that the protests in Iran are assuming the proportions of a ‘casus belli’. The US has internationalised Iran’s internal upheaval,’ writes prominent Indian international observer Ambassador M.K. Bhadrakumar.

There is a long history of Western countries fuelling public unrest in Iran, writes the Ambassador. Regime change agenda must be there in the western calculus but, curiously, Washington is also signalling interest in reaching an accommodation with Tehran under certain conditions relating to the regime’s foreign and security policies in the present international milieu.

Iran’s Foreign Minister Hossein Amirabdollahian stated explicitly on Monday that the US and a number of other Western countries have incited riots, because “one of the US’ objectives was to force Iran to make big concessions at the negotiating table” for the revival of the JCPOA.

Amirabdollahian’s remark followed some megaphone diplomacy by Rob Malley, the US special envoy on Iran last weekend. Speaking in Rome, Malley connected the dots and outlined the linkages in the matrix. He said: “The more Iran represses, the more there will be sanctions; the more there are sanctions, the more Iran feels isolated. The more isolated they feel, the more they turn to Russia; the more they turn to Russia, the more sanctions there will be, the more the climate deteriorates, the less likely there will be nuclear diplomacy. So it is true right now the vicious cycles are all self-reinforcing. The repression of the protests and Iran’s support for Russia’s war in Ukraine is where our focus is because that is where things are happening, and where we want to make a difference.”

In effect, Malley admitted that the Biden Administration is a stakeholder in the ongoing protests in Iran. In sum, Malley has linked the US approach toward Iran’s protests with Tehran’s foreign and security policies in regard of Russia and its war in Ukraine.

Clearly, Malley’s remarks hinted that amidst the US’ support for protests in Iran, it still remains open to doing business with Tehran if the latter rolls back its deepening strategic partnership with Moscow and refrains from any involvement in the conflict in Ukraine.

That said, Tehran’s cooperation with Moscow on foreign and security policy policies is of long-term consequence to Iran and there is no question of the Iranian leadership putting all its eggs in the American basket.

For Russia, too, the partnership with Iran is of strategic importance in the conditions of multipolarity…

The bottom line is that the protests in Iran are assuming the proportions of a ‘casus belli’, - stresses M.K. Bhadrakumar.