US sanctions – a case of friendly fire 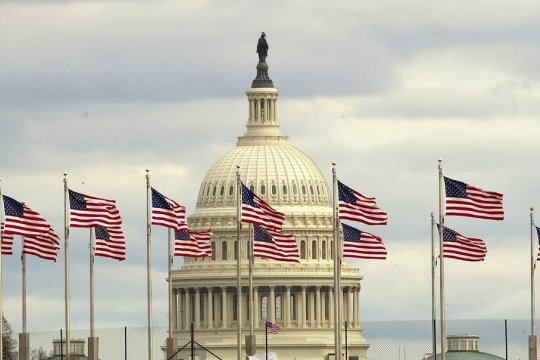 In an article published on the Washington-based website The Hill, Richard Sawaya, vice president of the US National Foreign Trade Council, writes about the serious damage that the anti-Russian sanctions are causing to America’s business interests. Richard Sawaya is also convinced that the irresponsible use of sanctions actually undermines the United States’ leading role in the realm of "international finance."

The US business community and experts have been talking about the disastrous impact of the US-imposed unilateral sanctions on the United States itself since at least the 1990s, when these sanctions were already reducing the US’ share of a number of important export markets and resulting in up to $1 billion dollars’ worth of wage losses for US company employees. [i]

Donald Trump came to power under the slogan of maintaining America’s dominant position in the world, which he views as an arena of tooth-and-claw competition between states. Trump believes that countries that are not ready to accept Washington’s conditions, especially those pursuing an independent policy, are “legitimate” targets for sanctions. Dozens of countries, including a number of leading nations, some of each happen to be America’s nominal allies, are already suffering the consequences of these sanctions. According to many European political analysts, the US sanctions are aimed at changing the balance of power in the global economy. The fact of the matter is, however, that this policy has increasingly been leading to quite opposite results.

For example, in many cases these sanctions prove detrimental to America’s foreign policy interests. Indeed, the restrictions that Washington has imposed on the oil industry of Iran or Venezuela do not necessarily harm these countries’ leaderships. Meanwhile, according to Western media reports, Washington’s actions are ramping up oil prices, thus filling the state coffers and stimulating the oil industry of America’s other rival - Russia. Moreover, external pressure is actually encouraging the rapprochement between Moscow and Beijing, which is “absolutely against America’s interests,” which is something Trump has repeatedly been reminded of since the publication of his National Security Strategy in December 2017.

Besides, America’s European allies are getting increasingly wary of the aggressive financial and economic sanctions being “generously” ladled out by Washington. A report, released in February 2020 as part of the preparations for this year’s international security conference in Munich notes that "according to critics, the United States is using security problems as “a smokescreen for its own economic interests.” As a result, the US policy threatens to disintegrate "the West as a community bound by liberal-democratic values.”

It is against this backcloth that more and more European politicians are beginning to realize that developing positive, good-neighborly relations with Russia is in the best interest of “all the peoples of the continent.”

Finally, Washington’s policy of sanctions and financial and economic pressure has encouraged the formation of a financial system independent of the United States, with Russia, China, India, Iran and Turkey showing a great deal of interest in such a system. The EU too is now looking for ways to counteract Washington’s financial domination and circumvent its sanctions. Proposals are being made to create an independent financial settlement system - the European Monetary Fund (similar to the IMF), as well as a financial instrument "completely independent" from the United States.

Certain progress on this track has already been made. According to The Economist, China is working hard to create its own international payment system based on the yuan. Other Western experts believe that the US withdrawal from the Iranian nuclear deal has already contributed to the growth of trade in oil futures denominated in the Chinese currency, which was recently launched at the Shanghai Stock Exchange. Finally, even though none of the existing economic associations still has a financial system comparable to the US’, viable mechanisms are already being created to conduct effective trade operations with companies and countries victimized by Washington’s sanctions. Notably, it was America’s European allies - including France, Germany and the UK, who initiated the creation of INSTEX - a special purpose vehicle to help EU companies do business with Iran. Belgium, Denmark, Finland, the Netherlands, Norway and Sweden joined it by the end of 2019, but this system has not become fully operational yet.

Meanwhile, US businesses are already feeling the pinch of Washington’s extraterritorial sanctions. The US clampdown on a number of Chinese high-tech corporations, above all Huawei, caused by Washington politicians’ failure to understand the specifics of the global technology market threatens to undermine Google’s dominant position in the global mobile platforms market. Google, for its part, is bending over backwards trying to convince Washington officials of the extremely negative consequences of a possible loss of the Chinese market that could eventually encourage Beijing to develop its own platforms and operating systems for mobile devices and network infrastructure. Experts warn that if “an alternative to Android appears ... many countries, for their own safety, will embark on a policy of supporting a competing platform.” [iii]

In February of this year, it became known that the Chinese IT giants Xiaomi, Huawei, OPPO and Vivo, which account for more than 40 percent of all mobile phones delivered to the world market in 2019, were contemplating the launch of the Global Developer Service Alliance (GDSA). The platform, initially planned to launch in nine countries, including India, Russia and Indonesia, can eventually become a powerful alternative to software stores for smartphones and tablets operated by the US corporations Google and Apple. Google could be hit the hardest with commentators saying that the Chinese project is capable of seriously undermining Google’s positions, primarily in emerging markets, such as India and Africa. Google could also find itself on the losing end in markets with a combined potential audience of 4 billion users in China, India and the African region. [iv]

Internationally, Washington’s undisguised attempts to check the growth of and even destroy China’s high-tech companies have already convinced many countries worldwide of the need to have independent IT developers. As a result, they could restrict or ban altogether services and products provided by US companies on their territory. At least, this could impact such an important sector as public procurement. Many countries may also prioritize measures to encourage the creation and development of national information products, services and software. Ultimately, there is a growing threat to the positions of the leading Silicon Valley companies in the global market, not least due to the actions taken by shortsighted and arrogant politicians in Washington. All this could eventually set in motion a process of disintegration of the global IT market and the creation of blocs and coalitions of countries focused on domestic manufacturers of equipment and developers of software and technological standards all their own.

One textbook example of this were the events of 2018, when the United States imposed sanctions on the Russian aluminum producer Rusal. The impact of this move against one of the world’s leading aluminum exporters was felt not only on global markets, but it also sent aluminum prices in the US itself tens of percent up, resulting in serious losses for major US aircraft manufacturers and machine builders. As a result, the US Treasury Department backed off and started lifting sanctions from the Russian company. Also in 2018, a number of large-scale joint projects with significant participation of leading Western oil companies were suspended in Russia. US firms were hit the hardest with ExxonMobil suffering significant losses after being forced to cancel contracts with Rosneft in the Kara Sea.

In December last year, the US Senate Foreign Relations Committee approved the Defending American Security from Kremlin Aggression Act, known by the acronym DASKA. Meanwhile, according to Richard Sawaya, “DASKA’s energy provisions would take collateral damage to new heights." For example, the bill requires US companies to withdraw from any energy project should a Russian entity hold even a minority stake there. According to Sawaya, “there are nearly 150 estimated energy projects in more than 50 countries that would be affected. These projects employ thousands of people and play an important role in the energy supply chain in global hydrocarbon markets. Any disruption to the operations abroad would have a domino effect and damage many small- to medium-sized US businesses.”

Another provision would “prohibit US companies from engaging in transactions of Russian sovereign debt denominated in rubles, which would effectively stymie any US company operations in Russia.” As a result, nearly 3,000 US companies that operate in joint ventures with Russian firms could be forced to exit or shutter operations to the benefit of their non-US (primarily Chinese) competitors. “More broadly, in the global economy with its complex network of multi-country supply chains, ever increasing US sanctions cause US companies to be regarded as unreliable partners.” [vi]

Thus, Washington’s belief that large-scale sanctions will strengthen the US’ position in the world has proved to be all wrong as its desire to "punish" opponents is, directly and indirectly, backfiring on the entire sectors of the US economy. At the same time, America’s opponents are increasingly demonstrating their ability to not only guard against US sanction pressure, but also to inflict significant and lasting damage on the financial, economic and technological positions of the United States itself. Meanwhile, Washington keeps undermining its global sway by further alienating many of its key allies. All this is creating powerful prerequisites for the consolidation against the United States of all states that value their sovereignty - that is, most of the countries of the world.

The views expressed by contributors are their own and may differ from the position of the Editorial Board.