US Special operations forces are on the ground in Ukraine 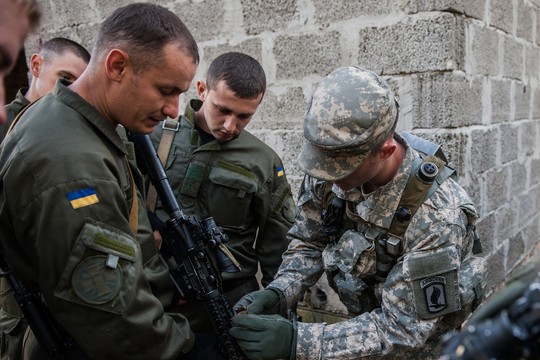 US special operations forces are on the ground in Ukraine as part of a broad covert operation that includes CIA personnel, “The Intercept” reported, citing unnamed US intelligence and military officials.

The report said that the US withdrew its CIA and special operations assets from Ukraine shortly before Russia’s invasion, although one US official said the CIA “never completely left.”

The CIA initially predicted that Kyiv would fall quickly to Russia, but after it became clear that wouldn’t happen, the Biden administration sent its covert assets back into Ukraine.

The report said that US clandestine operations inside Ukraine “are now far more intensive than they were early in the war, when US intelligence officials were fearful that Russia would steamroll over the Ukrainian army.”

Several current and former intelligence officials said that there “is a much larger presence of both CIA and US special operations personnel and resources in Ukraine than there were at the time of the Russian invasion in February.”

“The Intercept” report said the covert operations inside Ukraine are being conducted under a covert presidential finding that indicates President Biden has quietly notified Congress of a “broad program of clandestine operations inside the country.”