US vs OPEC+ – a tectonic shift in Geopolitics 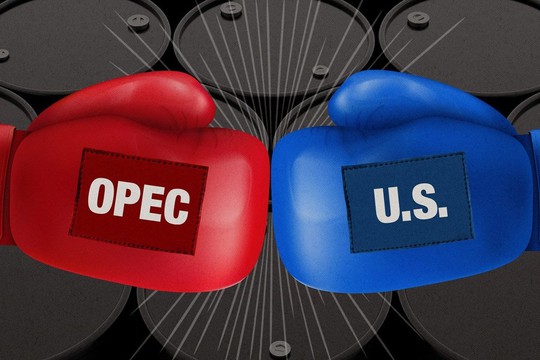 A perfect storm is brewing on the foreign policy front in America triggered by the OPEC+  decision to cut oil production by 2 million barrels a day, which will on the one hand drive up the gas price for the domestic consumer and on the other hand expose the Biden Administration’s lop-sided foreign policy priorities, - writes Indian Ambassador and prominent political observer M.K. Bhadrakumar.

At its most obvious level, he writes, the OPEC decision confirms the belief that Washington has lost its leverage with the cartel of oil-producing countries. This is being attributed to the deterioration of the US’ relations with Saudi Arabia during the Biden presidency. But, fundamentally, a contradiction has arisen between the US interests and the interests of the oil producing countries.

The Biden Administration tempted Fate by underestimating the importance of oil in modern economic and political terms and ignoring that oil will remain the dominant energy source across the world for the foreseeable future, powering everything from cars and domestic heating to huge industry titans and manufacturing plants.

The Biden Administration ignored that those who have oil reserves wield a huge amount of power over our oil-centred energy systems, and those who buy oil are on the contrary, cripplingly dependent on the market and the diplomatic relations which drive it.

The Western powers are far too naive to think that an energy superpower like Russia can be simply “erased” from the ecosystem. In an “energy war” with Russia, they are doomed to end up as losers.

Historically, Western nations understood the imperative to maintain good diplomatic  relations with oil-producing countries. But Biden threw caution into the wind by insulting Saudi Arabia calling it a “Pariah” state.

The OPEC regards it as a paradigm shift, as it implicitly challenges the cartel’s assumed prerogative to ensure that global oil supply matches demand, where one of the key measures of supply-demand balance is price. Arguably, the West is de facto setting up a rival cartel of oil-consuming countries to regulate the oil market.

Meanwhile, a “systemic” crisis is brewing. It is only natural that the OPEC views with scepticism the recent moves by the US and the EU to push back Russia’s oil exports. The West rationalises these moves as aimed at drastically reducing Russia’s income from oil exports (which translates as its resilience to fight the war in Ukraine.) The latest G7 move to put a cap on the prices at which Russia can sell its oil is taking matters to an extreme.

This perfect storm in Biden’s foreign policy can also impact the midterms in November and deliver a Republican majority in the Senate, which could set the tempo for the 2024 US presidential election.

Russia could be the biggest “gainer” of OPEC+ cuts. The expert opinion is that oil prices will move higher from current levels through year-end and next year. That is to say, Russia will not cut any output while the price of oil is set to rise in the coming months!

As oil price rises, Russia will not have to cut even a barrel of its production so long as it has a big enough market after December to sell the crude now going to Europe. Again, Russia, for its part, reiterates that it will not supply oil to countries that would join the G7 price cap.

Without doubt, this is a tectonic shift in geopolitics which may probably turn out to be more important than the conflict in Ukraine in the making of the multipolar world order, stresses M.K. Bhadrakumar.