US War on Terror: Provocations, Mystifications, and Illusory Feats 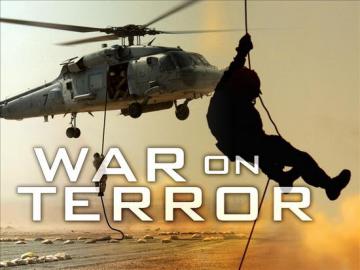 A decade ago, the World Trade Center was destroyed in “a terrorist attack” on September 11 in New York. Contrary to all efforts made by the Empire's propaganda and (dis)information machine, the belief in the complicity of hawks from G. Bush's Administration in the whole story did not recede from public discourse but, instead, gained tens of millions of followers worldwide...

Even those who take no interest in global politics are beginning to discern the agenda behind the drama which shook the heart of New York: after the collapse of the USSR, the US military-industrial complex desperately needed a credible threat posed by a strong and lethally dangerous enemy. The hawks gave the role to Al Qaeda and its leader Usama Bin Laden, a former CIA agent who had led the mujahideen resistance to the Soviets in Afghanistan.

Serious preparations were made, in part by Bin Laden's former patrons from the CIA and the Pakistani intelligence service, to help him stage a comeback in the new era and in the new role of a leader of the global terrorist underground, with new agents from Muslim countries infiltrating Al Qaeda in the process. It is practically irrelevant whether Bin Laden was being used or knowingly joined the game – in any case, he fully accomplished his mission. In the distant past, the Saudi billionaire and notorious schemer possibly hoped to outsmart his puppeteers by imitating loyalty and readiness to stay under control, but when the plan failed Bin Laden broke the links with the CIA and turned into the elusive champion of the anti-American and anti-Western Jihad.

It is hitherto unclear which of the US Administration members could have sanctioned the Al Qaeda offensive within the US. Hypotheses tend to converge on Dick Cheney, a risk-taking decision-maker and a secret admirer of A. Hitler. Cheney's motivation was beyond doubt patriotic: he sought to preserve at any cost the United States' hyperpower status, to ensure the Empire's control over the oil riches of Iraq, Libya, and Iran, to bring to completion the process of locking Russia within a circle of US military bases, and to avert the economic crisis into which the US was evidently sliding.

Eventually, the CNN demonstrated live the appalling potential of Bin Laden's heavily disguised groups which seized several liners flying over the US and crashed them into the targets condemned by Al Qaeda: the World Trade Center, the Pentagon, and, unsuccessfully, the White House. The destruction of the Wold Trade Center buildings  and the Pentagon's ruined massive wall were broadcast by all of the world's TV channels. The White House was luckier: the doomed liner taken by the attackers fell on the way, either due to the passengers rebellion or because it was downed by a fighter jet.

Authors of the show got what they were after: the world was left in a state of shock. By the way, initial reports mentioned a total of 12 liners. With almost no exceptions, countries across the world – even Cuba which for decades endured attacks by terrorists the CIA supported financially and sheltered in Miami - rushed to express solidarity with Washington. Bush unnecessarily explained at the time that those who failed to side with Washington automatically became its enemies – even apart from that, no accepted politician thought of distancing oneself from the global war against US foes.

The wordwide spell cast by the attack actually took a short time to fade away, but the goal was reached: Al Qaeda managed to infect the world with an unprecedented phobia. Virtual reality technologies made it seem like the numbers of terrorists attacking the Western civilization at all azimuths, using whatever means to cause irreparable damage to it grew day by day. Washington was warning its allies that they would have to fight till the end lest terrorists drill holes in the defense of Europe and Latin America or get entrenched even deeper in Asia and Africa. Challenges notwithstanding, true friends of the US were thus obliged to sacrifice lives in the name of freedom and democracy. The Pentagon does not give in to emotions, letting Estonians, Latvians, and Lithuanians risk their lives under NATO flags in Afghanistan. Out of the same solidarity, Washington's Latin American allies – Columbia, Honduras, and El Salvador – ended up contributing to the XXI century neocolonial wars.

In 2003-2005, Venezuela's defiant H. Chavez challenged a number of times Washington's account of the September 11 attacks. In September, 2006, he stressed unequivocally the increasing credibility of the hypothesis by which, to justify the invasions of Afghanistan and Iraq that immediately followed and the threats which Venezuela, among others, had to face, the Empire actually had masterminded and implemented the bloody terrorist act against its own nation and foreign nationals who worked inside the World Trade Center. Chavez upheld the version laid out by journalist Carlos Sicilia in a state-run TV program and supported by well-known engineers and architects that the World Trade Center buildings were blown up with preloaded dynamite, pointing to the fact that no remnant of the liner including the titanium turbines that can always be found on crash sites had been located.

Chavez pinpointed the key weakness of the US account of the alleged terrorist attack against the Pentagon. Reportedly, the liner that hit the Pentagon wall at 9:38 was Boeing 757-200, American Airlines, flight 77, but the fact of its seizure was never proven. It was suggested later that the Pentagon could have been hit by a cruise missile. The site was promptly isolated by plain-clothed officers, tentatively CIA agents, who carefully searched the territory to pick up whatever remained of the vehicle. Videos from nearby surveillance cams were classified, and a legible theory of the incident that should have been formulated by the US Administration is still missing. Bloggers expressed a view that the cruise missile hypothetic parameters matched those of the Russian Navy's Granit, which prompted speculations that implicating Russia was an element of the initial plan. Moscow could be confronted with tough questions about the circumstances under which the terrorists grabbed the cruise missile and about the state of security of Russia's arsenals, or even come under pressure to consent to placing them under international control. There is no information why the plan was not put into practice – perhaps, it was suspended due to Moscow's readiness to cooperate with Washington in the war on terror. Later on, Russia offered to host on its territory the supply routes nourishing the international coalition in Afghanistan...

The killing of Bin Laden in Pakistan was another example of a mystification pulled off by the US intelligence community. Officially, after years of hunting, the US spotted its number one enemy in Pakistan's affluent city of Abbottabad, some 50 km northeast of Islamabad, where he was killed in a fierce firefight with the US Navy Seals. US President B. Obama and his team, including the US Secretary of State H. Clinton, watched the operation online. The same night, B. Obama broke the news to the nation that justice had been delivered to Bin Laden, the man responsible for thousands of deaths. Bin Laden's body was dumped to the Arabian Sea, with no posthumous photos released due to ethical regards. Representatives of the Iranian, Turkish, and other intelligence communities do claim that Bin Laden died of natural causes. Turkish politician, an ethnic Chechen Berkan Yashar who knew Bin Laden closely in the early 1990ies told Russia's Channel 1 that Bin Laden died on June 26, 2006 (purportedly of Typhoid fever) and was secretly buried in a mountainous region at the interface between Pakistan and Afghanistan. Yashar learned about Bin Laden's death from his bodyguards and believes that the CIA obtained information about the location of the grave. The Abbottabad operation was supposed to “legalize “ the US possession of Bin Laden's corps and mark the triumphant completion of the years-long anti-terrorist operation. Since showing the long-rotten corps would have rendered the killing version implausible, the body was hurriedly dumped to the sea. The Navy Seals who took part in the raid and could unveil the actual story were killed under suspicious circumstances shortly thereafter. That altogether combines into a relatively minor branching of the wide drama of the death of thousands of people at the World Trade Center.

The first decade of the Empire's war on terror, a campaign quite successful in terms of the actual pragmatic agenda behind it, is over. What Washington needs at the moment is another striking case of terrorism that would help drum up support for the US globally and convince Americans to embrace hardline policies. Some of the conspiracy theories were built around the assumption that Obama's presidency was a priori meant to end with his getting killed by terrorists. Hopefully, this will not happen, but those who rule the US from behind the curtain have their own designs. It may be that a new Lee Harvey Oswald, possibly a Venezuelan, a Nicaraguan, or an Ecuadoran, and a highly professional support team are already there, ready to do the ordered job.