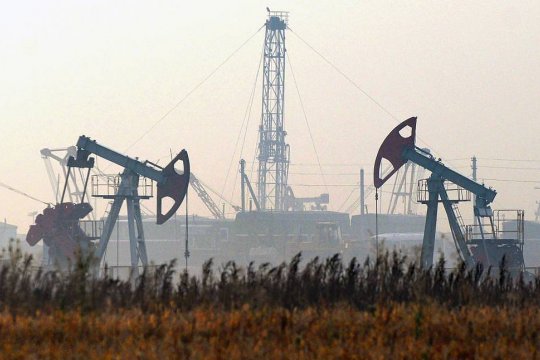 Tensions are runing high again after a lull of several weeks in an open propaganda battle and a psychological war between the United States and its allies, on the one hand, and the Islamic Republic of Iran (IRI), on the other.

Apparently, the current situation could hardly be described as a lull as Washington, with a dogged consistency, kept reporting about new sanctions against Iran, flavoring the reports with anti-Iranian rhetoric. In Tehran, there appeared an array of anti-American and anti-Israeli sentiments calling for a  fight against the enemy. However, passions still fell short of reaching the degree of a "hot" war which was reported in the summer and early autumn.

Meanwhile, some secret invisible battles were fought in the cyberspace during this “quiet” period unabated. Just like it happens everywhere in our troubled times.

According to Reuters [1], in response to the September attack on oil facilities in Saudi Arabia, the United States dealt a cyber strike at the technical facilities of Iran’s propaganda infrastructure with a view to undermine Iran’s capabilities in this area. According to Reuters, "Tehran is considered a major player that disseminates misinformation." In 2018, according to this British agency, an inquiry uncovered more than 70 websites spreading Iranian propaganda in 15 countries. [2]

Iranian Minister of Information and Communication Technology Mohammad Jawad Azari Jahromi has expressed doubts that the American cyber campaign will be successful, saying: “They (the Americans) must have been dreaming about it.” [3] On October 29, speaking at a security conference in Munich, he revealed that Iran has a cyber security project codenamed Digital Fortress (Dejfa), which enabled Iran to repel 33 million cyber attacks in 2018. [4]

However, it looks like Iran has the potential not only to defend itself in cyberspace, but can also engage in extensive operations. On October 4, the press service of the computer corporation Microsoft reported about the activities of the hacker group Phosphorous, which it said had links with the government of Iran. [5]

According to the Microsoft report, [6] experts of Microsoft Threat Intelligence Center (MSTIC) have registered an upsurge in the cyber activity of a group called Phosphorous. Hackers meant to break the accounts of current and former US government officials,  journalists who have been covering international politics, and of prominent Iranians living abroad.

Microsoft claims that over a period of 30 days in August and September, Phosphorous hackers made over 2,700 attempts to get hold of the data stored in the electronic mailboxes of different individuals by attacking 241 accounts. However, they were able to crack only four accounts.

The report also makes it clear that the hacker group "did not demonstrate any particular skills in handling highly sophisticated technology." Despite this, they possessed a lot of information about people whose accounts they had attacked. Judging by this, Microsoft concluded that Phosphorous hackers are well motivated and are willing to spend time necessary for collecting information about potential victims and for preparing the attacks.

Microsoft has been tracking the Phosphorous group since 2013. In March this year Microsoft representatives reported that the company had received a court ruling which enabled it to assume control of 99 websites which had been used by hackers from Phosphorous to carry out cyber attacks. Microsoft says the above group is also known as ART 35, Charming Kitten and Ajax Security Team.

Thus, reports of US-Iranian cyber operations against each other have once again confirmed that tensions in relations  between the United States and Iran show no signs of decreasing and are acquiring a new format.

Given the situation, we ought to remember that Iran has another “staunch enemy” - Israel, which has repeatedly carried out cyber attacks on Iran. In the much-talked – about cyber attack on the Natanz nuclear center in 2010 more than one thousand centrifuges were paralyzed by the Stuxnet virus, which had been developed by the USA and Israel. Back then, Israel and the United States succeeded in using the world's first cyber weapon and thereby launching a new battleground. [7] Stuxnet proved that cyberspace can be used to conduct not only information and intelligence operations – it can also cause tangible damage to the enemy.

Amid the current mass protests that are taking place in Iran in connection with rising fuel prices, the use of cyber technology by Tehran’s opponents carries a potential threat to the regime. Most likely, these rallies will have the same end as the political ones in 2009 or economic ones in 2017 - 2018 - the protesters will back off. However, as cyber war instruments progress year on year, it is difficult to say what role cyber sphere will play in Iran in the near future.

Meanwhile, the cyber weapons race is gaining strength throughout the world, including in the USA, Israel, and Iran. Given the situation, cyber warfare is becoming an essential element of the hybrid war between the USA and Iran. This cyber war, while contributing to distrust and mutual hostility, may lead to the outbreak of a “hot war”, which is fraught with the most unpredictable and, God forbid, catastrophic consequences, and not only for the warring parties.

In this respect,  an ever-increasing pressure on Iran from the Trump administration, which started the moment the US left the Joint Comprehensive Plan of Action (JCPOA) in May 2018,  triggers a similarly adverse response from Tehran, including in cyberspace.

Under these conditions, as Bonnie Christian writes in an article  titled “Why the US cyber attacks do not work against Iran,” which was published on the website of The American Conservative, [8] “the double cyber economic strategy of the United States (cyber attacks and sanctions) turned out to be extremely risky and counterproductive. This strategy contributes to a further escalation of aggressive policies on the part of Iran. Indeed, the American “maximum pressure” campaign plays into the hands of Iranian hardliners, undermining moderate groups in Tehran. For this reason, it will be extremely difficult to secure a peace settlement. “It’s diplomacy and perseverance, not digital or economic attacks, that will make it possible for us to get what we want from Iran.”

And it’s hard to disagree with this statement.