Vaccine vs geopolitics? Political ambitions may slow down battle against global pandemic 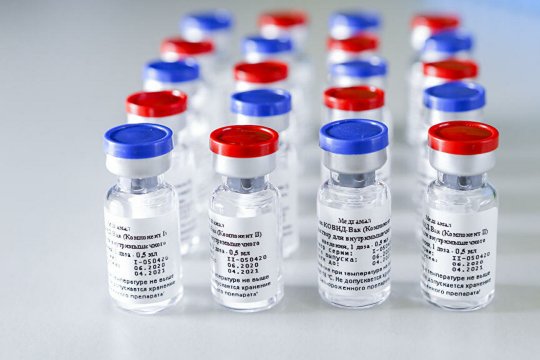 Foreign pharmaceutical companies have been vying with one another in being the first to announce the launch of an anti-coronavirus vaccine and having it registered by healthcare authorities. Meanwhile, the Russian vaccine “Sputnik V”, which was the first to be presented to the world, has demonstrated 95 percent efficiency in the third, mass-oriented phase of clinical trials.[i] Presidential press secretary Dmitry Peskov has said the Kremlin expects mass immunization against coronavirus to begin before the  New Year»[ii]. The 2nd Russian vaccine, “EpiVacCorona”, which has been developed by the Novosibirsk-based “Vektor” Research Institute, is to enter the public market on December 10th. «Mass vaccination with this vaccine will begin in 2021».[iii] It can be assumed that  the effectiveness of the vaccines, along with their share  of the market, will produce a substantial impact on the positions countries adhere to in  international relations.

According to the World Health Organization, up to 48 prototype vaccines are being put to trial at the moment. 11 vaccines which are currently in the third, most extensive phase of the testing, have been developed in Russia, China, the USA, a number of EU countries, and India.

The first fears over the possibility of vaccine-development efforts being transformed into a race for geopolitical influence emerged in the spring, after President Donald Trump announced Operation  Warp Speed. The White House expected American private companies, extensively supported by the government,  to become the world’s first to develop an anti-coronavirus vaccine, which would enable the United States to radically advance forward in terms of returning to the usual economic and social life, while the rest of the world was plunging into the abyss of the pandemic. Washington’s initiative was quickly dubbed as an attempt to put into practice the slogan “America Above All” in the socio-darvinistic sense of the word. Similar accusations came even from US de jure allies.

Strengthening international influence through “vaccine” diplomacy has a vast potential. According to the German branch of the Bill and Melinda Gates Foundation, which Die Welt cites, if the  leading developing countries, and the donor countries, turn out to be unprepared to render a considerable, up to 16 billion dollars at a time, assistance to the rest of the world, «countries with low purchasing power will be able to guarantee vaccination to only  20% of the population». «If the first two billion vaccine doses land in rich countries alone, deaths of coronavirus throughout the world will increase twofold». Let alone trillions of losses for the world economy.

Countries which will succeed in giving priority to a large-scale vaccination of the population, will be the fist to “end the lockdown, open schools and restaurants”, thereby guaranteeing a quick restoration of national economy. Those who will be able to provide the world with effective and cheap vaccines are bound to expand their influence worldwide. A number of countries thus get a chance to “secure recognition as public benefactors and thereby win more influence than they did in the 20th century with the help of ideology”  - Dmitry Trenin, President of the Carnegie Center in Moscow, said in an interview published by Der Spiegel.[iv]

Under medical estimates, to put an end to the pandemic “vaccination should cover 60-70% of the population”. In global terms, it means immunization of billions of people. The current potential of the global healthcare system is contained in reports by the World Health Organization about vaccination of children. More than 1 billion children have received different kinds of vaccines in the past 10 years. 116 million infants were immunized in 2019, which makes up 85% of all newborns over this period[v]. Considering  the  above estimates, it’s no  wonder there are concerns that the required scope of vaccination will unlikely be achieved in most countries before 2024.

Countries’ readiness to buy this or that vaccine directly depends on trust in the developers. For this reason, they are using political arguments to compromise the competitors. After Moscow became the first to register “Sputnik V” vaccine on August 11th, doubts and  objections regarding the Russian vaccine quickly acquired a political lining. While acknowledging the repeatedly proved competence of the Gamaleya National Research Center for Epidemiology and Microbiology,  many representatives of the  western academic community expressed doubts and launched the traditional accusations against Russia of late.

China has been a target too, being blamed for replacing the “mask diplomacy” with “vaccine diplomacy”. Beijing’s readiness to subsidize the supplies of Chinese-made vaccines to poor countries was interpreted by the Swiss Tages-Anzeiger as an intention  to “shun responsibility for the crisis, improve its reputation and re-write the history of the pandemic”. China is accused of plans to build a world “order in which all he rules and  rights will serve the interests of China. It is a system of dependencies and debts Beijing can resort to at any time in order to cement its own supremacy”. If  the West turns out to be incapable of presenting a trustworthy program of overcoming the coronavirus pandemic through vaccination – “with honest conditions and  without political commitments”, most  of the  world will “find itself fully dependent” on Beijing. [vi]

Among other attempts to undermine Russia’s and China’s credibility are accusations of “stealing data” which allegedly helped the two countries to accelerate the vaccine development process. This summer Britain, the United States and Canada jointly came out with accusations against Moscow. While doing so, western officials “insist that their spy services’ efforts pursue purely defensive agenda”. However, a number of sources in The New-York Times among former and present power officials have acknowledged that “the reality is far from black and white”.[vii] One more fabricated story says that not only western media but a number of high-ranking officials have accused Moscow and Beijing of “supporting a movement against vaccinations” in the West.

Until recently, western experts doggedly pushed the idea about “the insufficient reliability” of the vaccines developed by Russian and Chinee specialists. They came up with ungrounded doubts as data credibility in all three mandatory phases of testing the effectiveness of the vaccines. A few days ago, on November 29th, British experts speaking on Canadian CBC, acknowledged the “credibility” of data about the high effectiveness of  “Sputnik V”. Professor Steven  Evans, who deals with pharmacoepidemiology at the London School of Hygiene and Tropical Medicine, has pointed out that “Sputnik V data and the results demonstrated by other vaccines impart “genuinely important information for health scientists across the  globe” about the possibility of combating  COVID-19 with the help of immunization”[viii].

Apart from all this, there are considerations of direct business competition. A dose cost of most vaccines, developed in the USA and Europe, will be higher than those produced by Russian or Chinese pharmaceuticals. The price of Pfizer- BioNTech in the EU will total 15,5 euro for a dose including a discount on advance payments of several billion euros. A dose of vaccine from Moderna will cost wholesalers $25–37. Only AstraZeneca promises a vaccine «for 2,50 dollars», but only during the pandemic and on condition there are “considerable” state subsidies. In September, Philippines President Rodrigo Duterte accused western manufacturers of giving priority to profit. Meanwhile, there are plans to supply the Russian “Sputnik V” to foreign countries at a price of 10 dollars per dose.

In terms of logistics, an essential feature is storage and transportation temperature. “Sputnik V”, like vaccines from AstraZeneca and Moderna, can be stored in ordinary fridges. By contrast, to preserve the effectiveness of Pfizer-BioNTech the fridge must maintain temperature at -70 degrees Celsius.

Russian officials underscore that Russian vaccines run into a negative attitude only in the West. Meanwhile, the Russian vaccine is welcomed in Latin America, Asia, Africa and in the Middle East.  According to the Russian Direct Investment Foundation, which was a co-sponsor of “Sputnik V”, “over 40 countries” have expressed readiness in obtaining 2 billion doses. Owing to the unprecedented production volume, “it will be difficult not to find clients but partners with sufficient production facilities”.[ix]

Limited production facilities, even in countries with an advanced pharmaceutical industry, have triggered a new upsurge of “vaccine egoism” not only in the United States, but also in Europe. According to the German Die Welt, Germany and Europe were quick to reserve the first 300 million doses of Pfizer-Biontech. Accusations against the United States were thus forgotten, and the status of “above all” went to the  Germans. “The arguments are quite similar to the previous ones”. German Health Minister Spahn said openly that  “he would have difficulty explaining” “…….the fact .that the Germany-produced vaccine would be used in other regions of the world earlier than in Germany proper”. Berlin “wants 100 million of 300 million doses reserved for Europe”, “though in per capita calculations the FRG would need only 57 million doses”[x].

In the opinion of pessimists, given the situation the world  risks disintegrating into “vaccine blocs”. The more costly vaccines, developed on the basis of the new “promising” matrix RNA technology, previously used only in the treatment of cancer, “will be in use mainly in wealthy developed countries”. Most other countries will be unable to independently pay for their production, storage and delivery. The equally effective  but de facto cheaper Russian and Chinese vaccines are likely to become the only options for countries of Africa, the Middle East and Asia. Surprisingly, the fact that Moscow and Beijing are ready, unlike the USA, to subsidize the supplies of their vaccines to other countries is seen by western commentators as a plan to create “a system of dependencies and debts”.

However, the position of Russia has nothing to do with such statements. During the G20 online summit  President Vladimir Putin emphasized that “our common goal is to form the vaccine portfolio and provide the population of the planet with reliable protection. This means that everybody will have a lot of work to do, and I think that it is just the case when competition is inevitable,  but we must proceed from humanitarian considerations and attach priority to this in the first place”.[xi] Later, Vladimir Putin yet again underscored Moscow’s readiness to “share the experience gained with all countries  concerned and international organizations”.[xii]

The officially undeclared “vaccine race” is becoming an important element of inter-state rivalry”. At present, cutting-edge medical technologies embody major components of national power and prestige. They reflect the level of economic, scientific and technological development, the efficiency of government management.

Undoubtedly, inter-state competition has throughout history been a stimulus of economic and technological development. However, the global pandemic cannot become a stimulus for a demonstration of imperial egoism, less so an instrument of guaranteeing the advantages of some nations over others. Judging by the experience of the  past century, such a conduct is fraught with new catastrophic upheavals.