View from America: ‘Never underestimate Russian resolve when it comes to defending the Motherland’ 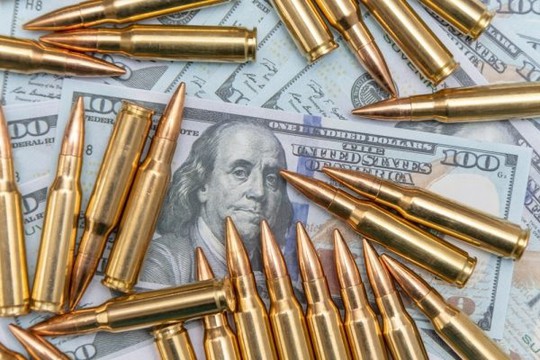 America spends more on its military than all the next ten countries combined. The US can still conjure up trillions of Houdini digital dollars out of thin air without going into free-fall hyperinflation. This allows US chickenhawks to continue playing Napoleon long after others would have packed up their toys and headed home. The neocons dragged out the Afghanistan debacle for over twenty years.

Adding to US tenacity to hold firm in Ukraine is the neocons’ pathological hatred of the Slavic race.

The Ukraine Project porcupine has sharp quills. The US and NATO spent billions training their Azov neo-Nazi battalions and provided them with a Mount Kilimanjaro pile of weapons. You might not like their Stepan Bandera politics, but it’s hard to deny that Azov are tough bastards. Zelensky can also push millions of forced conscription civilians into the giant rotating blades. However, it’s not just the Ukrainian military that Russia needs to contend with.

Multiple nefarious entities locked their teeth into Ukraine, and it’s going to be hard to make them say ahh. Bill Gates and his Monsanto (absorbed into Bayer) pals intend to seize Ukraine’s rich farmland to further genetically modify and control the global food supply.

The US relies on the compliance of its European vassals for Ukraine arms shipments. If US neocons continue to dismantle Europe’s economies, they could crack the EU. When enough Europeans realize that their US “ally” turned their nations into bankrupt dystopian hell holes, Europe’s official football chant could become “Yankee go home!”

Never underestimate Russian resolve when it comes to defending the motherland.

The ecological disaster sabotage of Nord Stream 2 makes sense in the context of 9/11. The neocons wrecked Iraq, Libya, and Syria. They break stuff but don’t put it back together. They spend trillions and kill millions. They prolong unnecessary wars, and after tactical military defeat, move on to the next disaster. Plug Ukraine into the neocon equation and the probable conclusion is that this winds up a long drawn out cluster f*ck. Worse, it could expedite the collapse of Western civilization.

If the neocons succeed in instigating simultaneous direct or proxy wars against Russia, China, and Iran in Europe, Africa, Asia, and the Middle East, then I’d say we’ve officially entered WW3. We might already be there. All we need is for Skynet to become sentient.

The economic collapse of the US could prevent that scenario. Not a pleasant prospect for those of us who reside there, but it might save the human race from extinction.