Vladimir Putin: “Kiev regime, by its actions, has actually put itself on the same level as international terrorist groups” 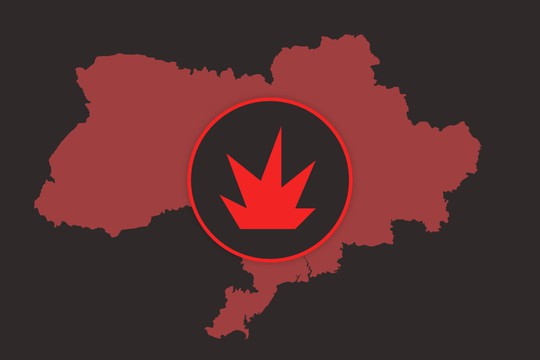 Multiple missile strikes targeted Ukrainian facilities, all across the country, on October 10th morning, according to local officials and media. The news comes two days after a bomb explosion arranged by Security Service of Ukraine damaged the strategic Crimean Bridge – which Moscow has labelled a Ukrainian terrorist attack.

Russian federal TV Chanel One announced in the evening of October 10 that the total number of them was around 200, being fired in several salvos. Three types of missiles have been used: land-based, sea-based and air-based.

Ukrainian officials confirmed that nearly 30 different important facilities have been targeted, outlined by the Kremlin that they belong to military command and control centers, communications assets and energy systems.

Vladimir Zelensky confirmed the attacks throughout the country in a video address, saying numerous parts of Ukraine had come under fire, and claimed that Russia was targeting the energy infrastructure.

Local officials in Lvov, Kharkov, and Odessa and eleven others also reported that their cities came under fire.

In Kiev, damage from the strikes was reported near the HQ of the Security Service of Ukraine, which is located in the government area of the capital.

President Vladimir Putin addressed the Russian Security Council with explanation of the attack (Moscow, October 10). He said in particular:

“You know that Chairman of the Investigative Committee Alexander Bastrykin reported to me on the first results of the investigation into the act of sabotage on the Crimean Bridge.

The forensic and other expert data, as well as operational information, show that the October 8 explosion was an act of terrorism aimed at destroying Russia's civilian and critical infrastructure.

It is also clear that the Ukrainian special services were the organisers and perpetrators of the attack. The Kiev regime has long been using terrorist methods, including murders of public figures, journalists and scientists, both in Ukraine and in Russia. And terrorist attacks on towns in Donbass, which have been going on for more than eight years. And also acts of nuclear terrorism, by which I mean missile and artillery strikes on the Zaporozhye Nuclear Power Plant.

This is not the whole story: Ukraine's special services have also carried out three terrorist acts against Russia's Kursk Nuclear Power Plant, repeatedly blowing up the plant's high-voltage lines...

However, there have been a number of other terrorist attacks and attempts to commit similar crimes against electricity generation and gas transportation infrastructure facilities in our country, including an attempt to blow up a section of the TurkStream gas pipeline system…

Thus, the Kiev regime, by its actions, has actually put itself on the same level as international terrorist groups, and with the most odious of those. It is simply no longer possible to leave crimes of this kind without retaliation.

This morning, at the proposal of the Defence Ministry and in accordance with the plan of Russia’s General Staff, a massive strike was launched with long-range precision air, sea and land-based weapons against Ukrainian energy, military and communications facilities.

In the event of more attempts to stage terrorist attacks on our territory, Russia's response will be harsh and commensurate with the threats posed to the Russian Federation. Nobody should have any doubts about that”, – President warned.

From his part the Byelorussian President Alexandr Lukashenko announced creation of the regional Armed Forces Grouping with Russia that was tasked to offset NATO aggression from neighboring countries-members of the transatlantic alliance.

It was announced that Ukrainian forces have destroyed almost all bridges and mined the roads along the border with Belarus, Anatoly Lappo, chairman of the State Border Committee of Belarus, said on October 9.