Vladimir Putin: “Only genuinely sovereign states are in a position to ensure a high growth dynamic” 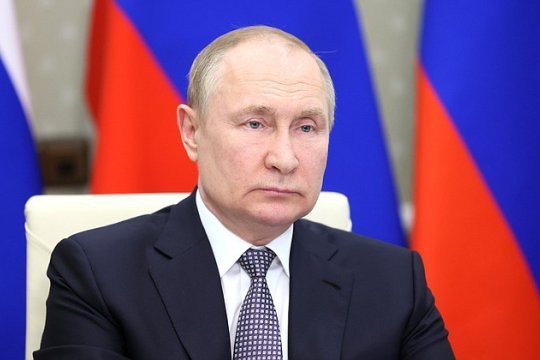 “National and global processes are underway to develop the fundamentals and principles of a harmonious, fairer and more community-focused and safe world order as an alternative to the existing world order, or the unipolar world order in which we lived, and which, because of its nature, is definitely becoming a brake on the development of our civilization”, said the President of Russia Vladimir Putin at the forum Strong Ideas for a New Time in Moscow.

The model of total domination by the so-called golden billion is unfair, stressed the President of Russia. Why should this golden billion, which is only part of the global population, dominate everyone else and enforce its rules of conduct that are based on the illusion of exceptionalism? It divides the world into first and second-class people and is therefore essentially racist and neo-colonial. The underlying globalist and pseudo-liberal ideology is becoming increasingly more like totalitarianism and is restraining creative endeavor and free historical creation.

One gets the impression that the West is simply unable to offer the world a model for the future of its own. Indeed, it was no accident that the golden billion attained its gold and achieved quite a lot, but it got there not because it implemented certain concepts. It mainly got to where it is by robbing other peoples in Asia and Africa. That is how it was. India was robbed for an extensive period of time. This is why the elite of the golden billion are terrified of other global development centers potentially coming up with their own development alternatives.

No matter how much the West and the supranational elite strive to preserve the existing order, a new era and a new stage in world history are coming. Only genuinely sovereign states are in a position to ensure a high growth dynamic and become a role model for others in terms of standards of living and quality of life, the protection of traditional values and high humanistic ideals, and development models where an individual is not a means, but the ultimate goal.

Sovereignty is about freedom of national development, and thus, the development of every individual. It is about the technological, cultural, intellectual and educational solvency of a state – that is what it is. No doubt, responsible, active and nationally minded and nationally oriented civil society is the most important component of sovereignty, said Vladimir Putin.