Vladislav Belov: «In Moscow Merkel will pass the torch to her successor» 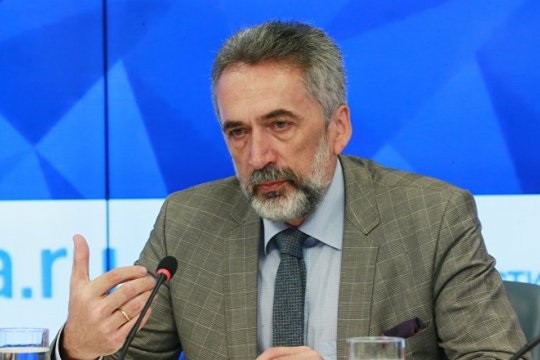 Federal Chancellor of Germany Angela Merkel will hold talks with President Putin of Russia during her visit to Moscow on August 20. How much of the agenda will focus on prospects for the launch and functioning of «Nord Stream 2» gas pipeline and further transit of Russian gas via the territory of Ukraine? What other issues of international and regional concern will dominate the agenda of the talks? Commenting on this is Deputy Director of the Institute of Europe of the Russian Academy  of Sciences  Vladislav Belov .

Vladislav Belov: The terms of the commercial launch of Nord Stream 2 are spelled out in a joint statement by Biden and Merkel which also focuses on the  Ukrainian issue. The United States and Germany are “forcing” Russia to prolong the transit of gas via Ukraine. Negotiations to this effect are to start on September 1. Well before the publication of the text of the “Washington Declaration” on July 15, Merkel and Putin had a telephone conversation during which the Russian president confirmed his intention to continue the transit of gas. In his turn, Alexei Miller on behalf of Gazprom followed suit. Finally, back on July 11, 2021 CEO of Nord Stream 2 AG Matthias Warnig said in an interview with Handelsblatt that the launch of Nord Stream 2 does not mean discontinuation of the exploitation of Ukrainian facilities. Kyiv does not agree: for Ukraine, the launch of this pipeline is a great risk.

In addition, the  joint statement issued by Biden and Merkel stipulates that Germany is going to appoint a special envoy for Nord Stream 2. Unlike Washington, for today, August 16, Berlin has no such envoy, whereas Biden has appointed Amos Hochstein Special Envoy for Energy Affairs. It looks like some details are yet unknown and will thus be discussed in the course of the visit by Merkel herself, as there have been no readily available reports as to implementation of the agreements reached since July 21. In any case, Mr.Hochstein assumed his duties in the new position a week ago.

Kyiv and Warsaw are dissatisfied with the current state of affairs. There is opposition in the US Congress as well. Tomorrow, on August 17, the State Department will present another report: they have been keeping a close eye on Nord Stream 2 to issue a corresponding document. Let’s see what they have prepared this time.  Anyway, the State Department has promised more sanctions. Though, the situation is tricky: on the one hand, we have the position of President Josef Biden, on the other – the Senate and the House of Representatives are not happy about his reconciliatory attitude. Hence Putin and Merkel do have something to focus on.

Along with Nord Stream 2, the participants in the talks may concentrate on the Normandy Format and a number of international issues, traditionally discussed by Putin and Merkel. The international agenda may include the situation in Afghanistan and the outcome of the second Berlin Conference on Libya.

Although no breakthrough decisions should be expected of the talks, Merkel adds more value to the positive platform she created along with the “red lines” in relations with Moscow. It is clear that the political dialogue is at zero point, while a report by the European Union High Representative for Foreign Affairs and Security Policy Josep Borrell which was presented at EU summit on July 24-25 and approved by the European Council has become a new incentive to view the EU as a rival rather than a partner. Nevertheless, Merkel insists that Russia as a partner is as important as a competitor or an opponent.

Preparation work on the launch of the first section of Nord Stream 2 is over, under discussion is the second leg. M.Warnig has promised to bring the construction to its logical end by late August. At present, the problem is the weather. Let’s see whether insurance and certification companies will become exempt from sanctions, whether everything will be done as proposed by Biden and Merkel, and whether talks with Moscow, due to start in two weeks, will go ahead.

I suppose, Putin and Merkel will discuss some of the points in private. Like in 2018, during talks in Sochi, we will not know. Of course, there will be a press release. But it has become a tradition in relations between Merkel and Putin that issues of particular importance are not made public. In his recently published book “Angela Merkel: Die Kanzlerin und ihre Zeit” journalist Ralph Bollmann argues that the Russian president and the federal chancellor of Germany discussed the Ukrainian crisis in raised voices.  But whether the author’s sources of information are trustworthy is open to question.

In general, Angela Merkel is trying to pass the torch to the new Kanzler (or Kanzlerin – who will succeed her is unclear five weeks to go before elections to the Bundestag).

Whatever the case, for Merkel, a meeting with Putin comes handy for talks with Ukraine’s President Vladimir Zelensky. Merkel has no difficulty having a dialogue with Putin. Both Moscow and Berlin are fully aware what, how and why is happening in our relations, including the development of the “Petersburg Dialogue” and other steps. As for Zelensky, he might  cause difficulty, for he adheres to his own stance, which is hard to change and which runs counter to that of Biden, Merkel and Putin. For this reason, Merkel will face more challenging talks in Kyiv on August 22 than in Moscow. The more so since Zelensky has yet to fly to Washington to clarify his subordination in the systems of coordinates on Nord Stream 2.

International Affairs: In this way, Merkel’s forthcoming visits to Moscow and Kyiv can be described as conclusive for her?

Vladislav Belov: Absolutely. The results have been made since June, when Merkel took part in the Group of Seven summit. She then participated in the work of the European Council, which met at the end f June, and held meetings with Biden. Her visits to Moscow and Kyiv may well be followed by other meetings. But we need to remember that all this is happening amid the events in Afghanistan, where Russia is playing the part of a leading actor with whom the international community will have to discuss the answer to the question: «Quo vadis?» and «What to do?». At least, Russia is the only of leading countries which leaves its diplomatic mission in Kabul nearly in full. The first contacts with Taliban are due to take place on August 16 (Taliban is banned on the territory of Russia). I repeat: the entire agenda of the meeting between Merkel and Putin will be closed. We can endlessly speculate on this, but only talks proper will show what to expect in the future. I think we will not learn much. Of course, some general information will be made public, but in line with tradition, the main agreements will remain closed.