Vyacheslav Svetlichny "The referendum in the Crimea - a lesson in patriotism!” 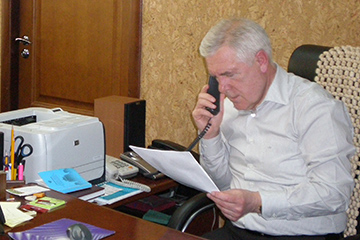 Vyacheslav Svetlichny in the workplace during the referendum in the Crimea.
Photo by the author.

“As the German Chancellor Otto von Bismarck used to say, Russians always come back for what belongs to them. The significant thing today is that Sevastopol and Crimea have returned to Russia, and it only became possible because Russia is strong and has a strong President.”