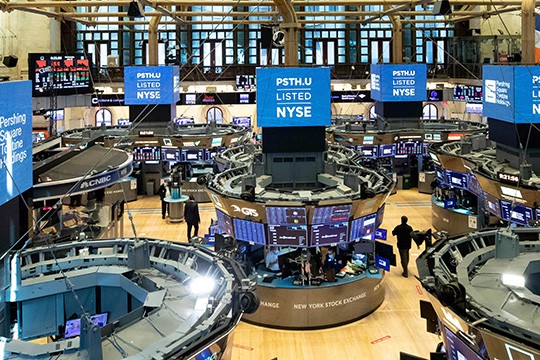 Yes! Money doesn't smell – the 10-year Russian government bond is trading at 39 cents on the euro, up from the lows of 16 cents at the end of June, when banks had stepped back from trading. And JPMorgan, BofA are among banks moving back into Russian Bond Trading. Banks are arranging Russian debt trades on behalf of clients, exclaims Bloomberg.

A growing number of banks are willing to trade Russian bonds that were once viewed as untouchable. JPMorgan Chase & Co. and Bank of America Corp. are among several banks that have offered to facilitate transactions in corporate and sovereign debt on behalf of clients, according to people familiar with the matter who asked not to be identified.

Banks are now willing to broker transactions after the Treasury Department said it’s not a violation of U.S. sanctions for individuals to wind down their positions, adding clarity on an issue that’s confused many people in the market. Bank of America sent a note to investors saying the trades are for those seeking to exit Russian debt holdings.

In the aftermath of the Ukraine invasion and stiff US sanctions, many banks withdrew from Russia and stopped dealings in the nation’s assets. That left some investors stuck with deeply distressed positions.

Given the recent guidance from Office for Foreign Assets Control, there’s now more confidence in the market about the ways that banks can deal in Russian assets without breaking the rules.

Representatives for JPMorgan, Bank of America and Citigroup declined to comment.

Russian debt prices have rebounded in recent weeks as trading increases and locals look for assets to buy with money coming in from energy exports. The 10-year Russian government bond is trading at 39 cents on the euro, up from the lows of 16 cents at the end of June!