“Wall Street Journal”: An export ban would raise costs at the pump for a majority of Americans and give Vladimir Putin more influence 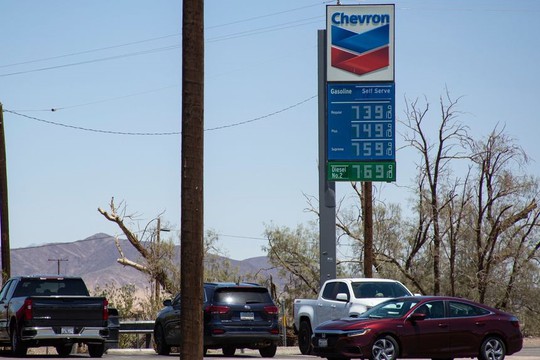 Gasoline prices have been falling, but they’re still high, and President Biden is reportedly considering a ban on exporting refined products — gasoline, diesel and jet fuel. The idea is that restricting exports would increase domestic supply, putting downward pressure on prices. An export ban would raise costs at the pump for a majority of Americans and give Vladimir Putin more influence. Mr. Biden can’t possibly think this is a good idea, writes “Wall Street Journal”.

Democratic lawmakers had been pushing for such a ban since last year. In December, Energy Secretary Jennifer Granholm told the National Petroleum Council the administration wasn’t considering it: “I’ve heard you loud and clear, and so has the White House.” But when asked about the idea last month, she said of the president: “But he’s not willing to take tools off the table.”

The problem is that the U.S. doesn’t have enough infrastructure to transport all the refined products from the major Gulf-region refineries to the East and West coasts. That alone should convince the president not to move forward with a ban. But it also could be geopolitically disastrous. If the U.S. banned these exports, where would the rest of the Americas go to replace that three million barrels a day?

The U.S. is the top exporter of refined products, accounting for 12.1% of world trade; a ban would bring that to zero. Who’s No. 2? Russia, at 9.9%. Does abandoning trade relationships with our allies in the Americas, leaving them with few options other than to create a stronger relationship with Russia, sound like a good idea?

If the U.S. bans refined-product exports, countries in the Americas likely would replace many of those lost barrels with Russian products or Indian products derived from Russian crude. Either way, the U.S. would lose geopolitical influence in its own global backyard and likely cede it, at least in part, to Russia.

The Group of Seven nations are hammering out a complicated mechanism to cap the price fetched by Russian oil in a bid to tighten the screws on Vladimir Putin’s war machine in Ukraine. But given Moscow’s robust fiscal position, the nation can afford to slash daily crude production by 5 million barrels without excessively damaging the economy, JPMorgan analysts wrote in a note to clients.

For much of the rest of the world, however, the results could be disastrous. A 3 million-barrel cut to daily supplies would push benchmark London crude prices to $190, while the worst-case scenario of 5 million could mean “stratospheric” $380 crude, the analysts wrote.