War Against Iran as a Method of Promoting Globalism 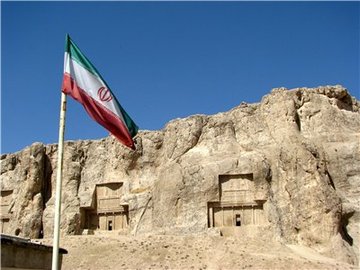 There is little doubt that the US will hit Iran after pulling its troops out of Iraq. Military spending in the US has gained too much momentum to leave any hope that the current dynamics will change in the foreseeable future. The US military-industrial complex and its Pentagon partners have long been preparing the war-against-Iran project, readily resorting to the most unsavory methods in the process.

Preparations for the war against Iran largely resemble the activity which preceded the US attack against Iraq. S. Hussein faced allegations of concealing WMD stockpiles, and the current Iranian leadership is being charged with maintaining nuclear program which is about to become a global peril. Tehran's statements that it is ready to host IAE inspections are brushed off just as were Iraq's offers to admit Western experts to its installations. Washington holds that an Iranian nuclear threat is an established fact and remains totally unreceptive to objections. Rationally, the US at the same time rejects the proposal to establish a nuclear-free zone in the Middle East (as its implementation would create serious problems for Israel) and reacts sluggishly to the more than real risks stemming from Pakistan's illicit possession of nuclear weapon.

On top of the fact that a US military escapade targeting Iran would bear a global negative impact, Russia has to take into account its own vested interests in Iran. Let's face it: the US globalism poses a direct threat to Russia, as it automatically reduces Russia's role to that of a dependent supplier of commodities for the unified Pax Americana and imposes on it broader implications of the status. The globalization project leaves nations no chance to sustain their political and cultural sovereignty and thus puts in jeopardy the core values of the Russian civilization.

The brewing war can, as one of the options, be viewed through the prism of the conflict between globalization and Islam. At the moment, the Shia Iran happens to be one of the biggest obstacles in the way of globalization. One should keep in mind that – in line with the requirements of its religion – Iran rejects the interest rate which is the cornerstone of the Western economy. Even Iran's banking system manages to avoid charging interest rates, thus sending a kind of a message to the rest of the world. This is the ideological axis of the Iran-US ideological standoff exposing the ruthless nature of the US pawnbroking order based on the legitimized exploitation of those in need. The adequacy of the views of Iranian mullahs outrages Washington globalists. It is natural that Tehran became the stronghold of anti-Americanism in the Muslim world and that the US cannot proceed with its plans of transforming the Middle East as long as Iran in its present shape is there.

The objectives of the forces seeking to steer the region towards globalism are to overthrow the Shia regime in Tehran and to install a pro-US government in its place. What would be the consequences of the establishment of a pro-US regime in Iran from Russia's perspective? The Caspian region and Russia's neighbors – Azerbaijan and Turkmenistan – would be dragged into a new instability zone as their Americanization would be seen as a natural step by the proponents of globalization. The advent of regimes unfriendly to Russia – akin to the former Orange one in Ukraine - in Azerbaijan and Turkmenistan would confront Moscow with unfavorable settings. Another Saakashvili in Azerbaijan would create major problems, especially for Armenia. The consequences of the US making inroads into Turkmenistan are generally unpredictable but obviously negative.

It is worth noting that Russia has important direct links to Iran in the sphere of the economy. The cooperation between Moscow and Tehran is already under pressure and stands no chance in the case of regime change in Iran.

Russia should carefully answer several elementary questions to formulate its position on the Iranian problem. The questions are:

The bottom line is that Russia's politics with respect to Iran should stay clear of any US influence.

3.  How should Russia react while the aggression against Iran remains a possibility or at the time of the aggression? A strike on Iran would serve to perpetuate the politics of unilateral or group-backed military sanctions under forged pretexts, which the world encountered when the former Yugoslavia came under attack. Every new aggression of this type constitutes a step towards building the practice into the customs of the international politics. Should the war against Iran break out, the UN would deserve to be renamed into a talk club having no right to take real action against a group of conspirators in its own ranks.

Some my be reluctant to admit it, but Russia's national interests are bound to collide head-on with the assertive globalism. The politics of military sanctions against Iran, which may yet meet with support in Moscow, would inevitably put Russia's own interests in jeopardy. Russia should hold firmly that an aggression against Iran would be an unacceptable breach of the international law, an aggression that must be condemned with utmost clarity.