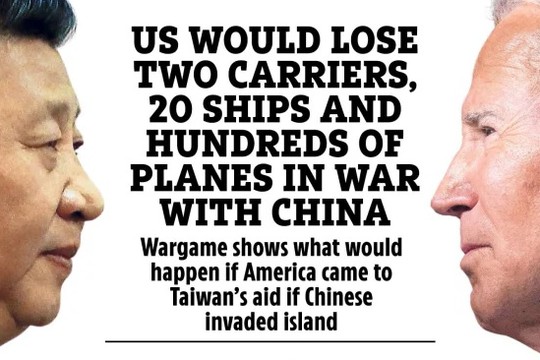 The U.S. reduced its number of naval transits through the Taiwan Strait in 2022 to the lowest level in four years even as China stepped up military pressure on the island it vows to one day control, - informs Bloomberg.

The U.S. 7th Fleet sent nine warships through the body of water separating China and Taiwan last year, according to Bloomberg-compiled data. The U.S. Navy also conducted four “freedom-of-navigation operations” through the South China Sea, the fewest in six years, trips it says show its dedication to a “free and open Indo-Pacific.”

The shift by the U.S. also comes as ties with China have improved since a meeting in November between Xi and President Joe Biden at the Group of 20 summit in Indonesia. Reducing the number of voyages through the strait or the South China Sea — where several nations and Taiwan have territorial disputes with China — would be a way for the U.S. to eliminate some friction.

The U.S.’s move may have been a calibrated signal by the Biden administration to show it was resolved to maintain a naval presence in the waterway without prompting an additional response from China.

But in the other hand…

The short but brutally intense conflict would see around a fifth of US carriers and combat planes destroyed, as well as least 20 other warships, according to the chilling scenario.

China would sink least US two aircraft carriers and destroy hundreds of American aircraft in a war over Taiwan, a new wargame has predicted. The wargame was carried out by the Center for Strategic and International Studies (CSIS) and maps out what a Chinese invasion of Taiwan and the ensuising 21-day war would look like.

The CSIS wargame envisages a number scenarios for a Chinese attempt to take the island in 2026 and the damage inflicted on US forces coming to its aid.

In their basic scenario, the US Navy’s losses “included two US aircraft carriers as well as between 7 and 20 other major surface warships”. The losses of combat aircraft range from a low of 90 to a high of 774.

The attacks would include strikes by China's DF-17 hypersonic missile dubbed the "carrier killer" for the it's ability to be guided onto powerful US ships at terrifying speed.

China regards the self-governing island as part of its territory and has vowed to reunite it with the mainland by force if necessary.