War in Yemen: enough is enough – what else? 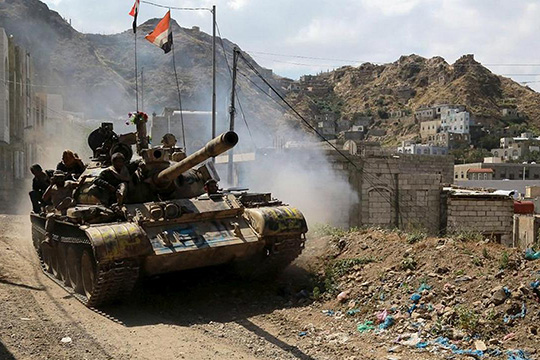 The situation in Yemen has recently taken a bad turn both for Saudi Arabia and its allies from the so-called “Arab NATO” - countries, which formally joined the Saudi invasion of Yemen in 2015. Since then, this coalition, backed by the United States, has been fighting the opposition Houthi movement, the so-called Shia Muslim local religious minority, which Riyadh claims is getting military and financial support from Iran.

There are three factors hampering the military campaign, being conducted by the Saudi-led coalition. First, the Saudis’ ally, the United Arab Emirates (UAE), has almost completely pulled its forces out of the conflict zone; secondly, the Houthis show no signs of giving up their resistance and are now using the tactic of sending missiles and drones into Saudi territory; thirdly, there has been increased separatist activity in southern Yemen by the pro-secession Southern Transitional Council (STC). [1]

The official Yemeni government of President Abd Rabbah Mansour Hadi even had temporarily lost control over the country's provisional capital and the largest seaport - Aden.

Meanwhile, cracks are already running across the coalition, which lay bare the conflicting goals of its members, with the government of President Hadi, who is currently living in Saudi Arabia, accusing Riyadh’s ally, the United Arab Emirates, of supporting the STC separatists.

The US and the EU, both of which urge the warring parties to sign a ceasefire, have allied themselves with the side which, according to many experts and journalists, has proved itself as the most ruthless in this conflict.

The New York Times recently acknowledged this in an editorial commenting on the Emirates’ withdrawal from the conflict zone.

“The Emiratis are withdrawing their forces at a scale and speed that all but rules out further ground advances, a belated recognition that a grinding war that has killed thousands of civilians and turned Yemen into a humanitarian disaster is no longer winnable,” the newspaper wrote. [2]. The question that naturally comes to mind here is why did the West greenlight the start of the war in 2015, and who is to blame for the death of thousands of people and the starvation of millions of others? There have been no official answers to this question, and never will be. However, reports of the dire consequences of the bombings of Yemen, killing and maiming thousands of innocent civilians, have for the past few years been appearing in the Western media, including in the United States. What is not mentioned, however, is that the Saudi-led campaign was sanctioned by former US President Barack Obama and the EU leaders. Without their consent, Saudi Arabia, whose oil industry heavily depends on US and West European markets, would hardly have decided to go ahead with a military intervention in Yemen.

Meanwhile, it looks like Western enthusiasm for the Saudi plan for "restoring the rule of law" in Yemen has started to wane. In an article with a tell-tale headline: “The Incredible Saudi Fiasco in Yemen,” recently carried by the French newspaper Le Figaro, columnist Renaud Girard thus described Riyadh’s operation “Determination Storm”: “Looking at 3 million refugees and 11 million starving people, we can see that the Yemeni people have gone through a real storm. But what the “determination,” advertised by Saudi Prince Mohammed bin Salman, is really all about? And what kind of “hope” has it revived? ... The population is starving under the pressure of multiple embargoes imposed by the Arab coalition. The traditional supply channels were destroyed as a result of the least "surgical" ones in modern military history. The country has been hit by a cholera epidemic, and over 10,000 civilians have been killed by strikes that did not bring them the slightest hope.” [3]

The flow of horrible evidence of human suffering coming from Yemen has recently been changing the tonality of Western media reports about the situation in that war-torn country. An article by the International Crisis Group spokesman Robert Malley, titled “America Should Talk to the Houthis,” that appeared in the New York Times’ Opinion section, actually admits the failure of Washington’s aggressive policy in the region. According to Malley, most people in Sana rightfully blame the United States for the war and see it as the initiator of the pro-Saudi coalition, which unleashed the hostilities. The Houthi leaders know this: they see the popular anger against the coalition ... and gain confidence from this. The Houthis believe that time is on their side. Despite the huge military superiority of the Saudis, the Houthis have managed to face up to the powerful Western-backed coalition, Malley noted. [5]

The Saudi-led intervention in Yemen looks like a PR disaster for the United States and its allies. This is probably why Washington called on the Saudis to end hostilities in Yemen. Analysts still believe that Riyadh is unlikely to lose Washington’s backing because Iran is viewed by the US as the biggest threat to regional stability. The whole situation seems to have lost any semblance of legality, with the Trump administration supplying arms to the “Arab coalition” in defiance of a Congressional ban, justifying this by the need to “deter” Iran. The UAE and the Saudis are helping various proxy factions in Yemen, while the UAE itself is supported by separatists from South Yemen. Most experts believe that negotiations are the only way to go now. Much will depend on the degree of the Trump administration’s hostility towards Iran. The European factor is also important: the European Union is opposed to Washington’s sanctions against Tehran, but will it agree to abandon America’s “regime change” policy, which Brussels has directly or indirectly endorsed since the 1991 Gulf War?

The views of the author many not necessarily reflect the position of the Editorial Board.