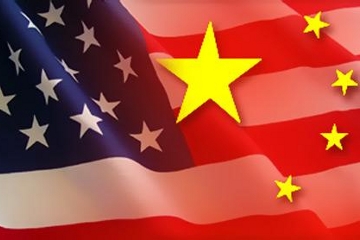 Chinese poet and historian Guo Moruo wrote in 1952: “German occupants demolished the monument to Victor Hugo in Paris in 1941. Recently, a model of the Ford plant was installed on the monument's pedestal to demonstrate the dominance of the US dollar empire. No less than the French people, we feel outraged as the act is an offense not only to the French culture, but to the culture of the entire humanity”. The Chinese leader's recent visit to the US highlighted the truth that currently the decline of the US financial empire may be much closer than widely believed. Forecasts still have to be cautious considering that China's current administration does not have to see things in the same light as Guo Moruo did in 1952, but at the moment the decline of the “US dollar empire” is in many regards an accomplished fact, and even if Beijing chooses to impede it, there are other players capable of setting the process in motion. For example, the Saudi Arabia can refuse to sell oil for US dollars and Russia's Gazprom – strike a deal with China to switch to the yuan in the gas business. The scenario is of course purely hypothetic.

The situation evokes curious historical analogies. So, the establishment of the IMF at the concluding phase of World War II provoked discord within the Great Britain – US tandem. In that epoch, the US was a young and vigorous economic giant with powerful industry and agriculture but a relatively modest international financial network. London was the leader in international investments and banking but but already lacked financial resources and was forced to borrow money from the US. As a result, the US was awarded the contract to build the post-war financial architecture and to exercise control over the IMF (thus headquartered in Washington, not in London), and the British pound started shedding weight causing the holders of the British currency reserves a hammering headache. Another analogy that comes to mind is that in 2009 a retired Chinese official coined the term “China's Marshall plan for Africa”. The plan's stated total was set at half a trillion dollars, just slightly below that of B. Obama's recent infusion into the embattled US financial system, but in the former case the plan encompasses serious projects meant to boost the development of African countries (including B. Obama's ancestral Kenya) and in the latter we simply witness Wall Street's progressing inability to convert the slimming US currency into profit-bearing capitals.

An ordinary Chinese citizen would hardly opt for US bonds as a form of personal savings, while buyers would readily line up should China issue bonds with a 2% interest and a net worth around a trillion dollars. Given the current yuan-dollar rate, the figure would be under 20% of China's GDP and would roughly equal 30% of the country's currency holdings. It is clear what impact on the status of US bonds (churned out in quantities already comparable to the US GDP) and on the value of the US dollar the advent of Chinese bonds would have, but not so clear whether this is what Beijing actually needs. An outpouring of Chinese investments is underway and there is no impression that China needs to stockpile cash any further. Nor would Beijing benefit from a sharp depreciation of the US dollar. Consequently, there is no problem presenting the decline of the “US dollar empire” as a reform of the international financial architecture, which is how the documents signed during Hu Jintao's recent US tour were supposed to make things look.

Article 32 of the US-Chinese joint statement says: “The two countries committed to deepen bilateral and multilateral cooperation on financial sector investment and regulation, and support open environments for investment in financial services and cross-border portfolio investment, consistent with prudential and national security requirements. The United States is committed to ensuring that the GSEs have sufficient capital and the ability to meet their financial obligations”. The GSEs in question – the government-sponsored enterprises - must be the heavily indebted Fannie Mae and Freddie Mac, but helping them to meet their obligations to China is evidently beyond Washington's means. An even greater problem arises in connection with Article 35 which contains the pledge to reduce excessive imbalances in international trade. For the US, rebuilding the competitive potential of its industry is an uphill task. In November, 2010 the US export ($114b) fell short of the highest mark on record over the past three years ($120b) and the US import ($165b) stayed $33b below the historical maximum. Obama's administration must be credited with some success as it managed to squeeze the US foreign trade deficit which used to reach $80b into the $50b bracket, but the monthly figure still tops the total of all the deals to supply US products to China penned during Hu's visit to the country, and such perks will not be coming on a monthly basis.

The US continues to overconsume and vastly loses competition on the rapidly growing Chinese market. The US export to China did add 32% last year, but China's net import rose by 40% over the same period of time and Beijing's other partners outperformed the world's biggest economy as Australia's, India's, and Malaysia's export to China grew by 53%, 58%, and 63% respectively.

Trade with China contributes less than a third to the US summary foreign trade deficit and therefore adjusting the yuan value is no cure to the imbalance problem. As of today, a gradual yuan appreciation plus a smooth slide of the dollar are more or less the point of consensus between Washington and Beijing, a drastic convertibility status change for the yuan being undesirable for both. What has to be nevertheless taken into account is that even minor perturbations can plunge the volatile financial markets into chaos. As for the Chinese, now that they are buying Ford cars like everybody else, blaming the problem on them would be unfair.