“We, Canadians should stop describing and thinking of America as a democracy” 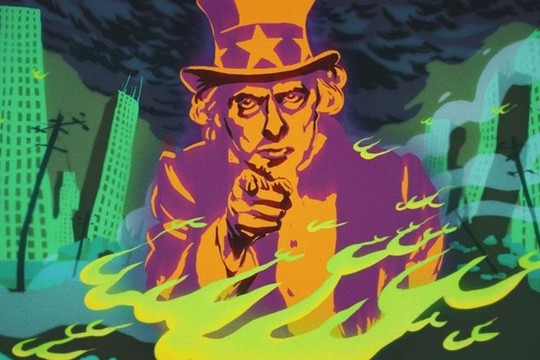 It is high time that Canada reclaimed its sovereignty, diversified its trade relationships and strengthened its self-sufficiency. This, however, would entail a sea-change in Ottawa, where political elites continue to advocate reflexively for deeper political and economic integration with the United States. By hitching Canada’s boat to the American Titanic, they are jeopardizing our future, - writes ‘Canadian dimension’ and gives examples of what is really happening with Canada's southern neighbor.

As the ‘Washington Post reported in 2018, “there are more than 393 million civilian-owned firearms in the United States, or enough for every man, woman and child to own one and still have 67 million guns left over.” In the United States, gun control is but one of many pressing issues with respect to which there is a yawning divide between the majority’s desire for progressive change and the political establishment’s right-wing inertia.

Of the 25 wealthiest countries in the world, the United States remains the only one that does not provide universal healthcare.

A 2019 study found that 66.5 percent of all US bankruptcies were tied to medical issues — either because of high costs for care or time out of work. An estimated 530,000 American families turn to bankruptcy each year because of medical issues and bills.

Similarly, another recent poll found that 62 percent of Americans support raising the federal minimum wage to $15 an hour from the current, paltry level of $7.25 an hour. Notably, $15 an hour is significantly below the average “livable wage” in the United States, which was estimated by researchers at the Massachusetts Institute of Technology to be $16.54 in 2019. In some major cities, such as New York and San Francisco, the livable wage is much higher.

In the United States, with bipartisan support, military spending has risen inexorably for decades. As a result, the United States is, and has been for many years, the world’s largest military spender by far. In 2021, Congress raised the Pentagon’s budget to US$778 billion — nearly four times higher than China’s current military budget of US$209 billion.

In America, there’s always more money for merchants of death, but when it comes to social spending, deficit hawkery reigns supreme.

Of course, America’s problems go far beyond gun violence, healthcare, the minimum wage and military spending. Its festering social, economic and environmental wounds include systemic racism, an epidemic of police brutality, the dystopian and inhumane treatment of migrants at US borders, extreme inequality, a deeply politicized judiciary, a captured regulatory system and an abject failure to address the climate emergency.

In a true democracy, government policy generally reflects the will of the people and prioritizes the interests of the most vulnerable citizens. By that standard, the United States is no democracy at all. Indeed, we Canadians should stop describing and thinking of America as a “democracy.” Instead, we should acknowledge the reality of what our neighbour to the south has become, and we should strive to avoid the grievous mistakes that are destroying the last vestiges of democracy in the United States.

Sooner or later, a social explosion is liable to occur. In a nation drowning in guns, a mass rebellion against a government beholden to the billionaire class could prove particularly violent and destructive.

Despite its rapidly deteriorating political and socio-economic conditions, the United States remains the world’s most powerful nation, but we have ample cause to question how much longer its vast power can endure. Even more pressing is the question of how America’s disintegration could negatively impact our own country. We are, after all, America’s largest trading partner.

In the current circumstances, deeper integration with the United States is profoundly contrary to Canada’s long-term interests.

Our interests would best be served by reducing our reliance on the American economy and ending our deference to the United States government. We can do this both by pursuing an independent and non-aligned foreign policy, enhancing our trade relations with other stable, functioning democracies and, most importantly, by investing massively in our capacity to produce domestically the goods and services upon which the well-being of Canadians depends.