Weakness or calculation? How the pandemic undermined the US world leadership 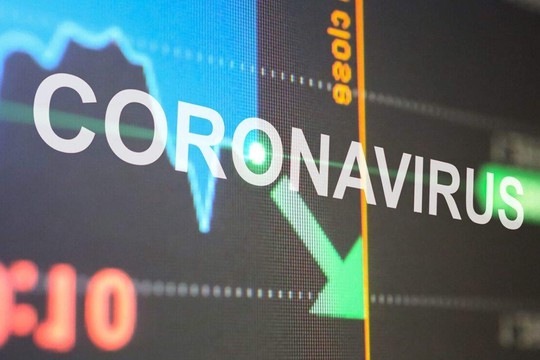 Anyone watching the numerous doomsday movies, happily churned out by Hollywood, will see American doctors saving the planet from space-borne viruses and the plague epidemic that turn people into zombies. However, the very first serious test in a decade has shown that the US healthcare system is actually inferior even to the Russian one, created during the Cold War years. And this despite the fact, that for the past 30 years, the Russian medical system has been suffering from “optimizations,” cuts and underfunding. Moreover, while the Kremlin, even for propaganda reasons, has managed to provide real assistance to a number of European countries, and has been the first to launch a vaccine on the market, Washington's actions can be regarded as a sign of weakness, and a very dangerous one to its allies at that.

More than a year after the start of the global lockdown, we can already sum up the initial results, which look disappointing to Washington. The US healthcare system has collapsed under the pressure, thus laying bare the country’s inability to bring the outbreak of a less-than-deadly disease under control. As for Russia, despite its lack of America’s vast resources, it still managed to win the vaccine race and become the first to come up with a viable antidote.

More importantly, Moscow has also come out on top in the information “war” with the West, with its Sputnik V vaccine proving to have far fewer side effects than its Pfizer and Moderna counterparts. Therefore, the US and British lobbying of their own vaccines, and their attempts to close the European market for the Russian vaccine look unethical, to say the least, all the more so amid numerous European media reports about people having  died from side effects after being inoculated with Western vaccines. At the same time, there are simply no reports about similar complications caused by the Russian vaccine, even though the European Commission and Brussels have been keeping a close eye on the effects of its use in European countries, including Serbia and Hungary, which have already taken the first deliveries of the Sputnik V vaccine.

What is the reason for the US demonstrating its weakness? How come that in the midst of the epidemic Washington was unable to find the resources to demonstrate its readiness to lend a helping hand to its European allies? Unfortunately, one of the reasons was that the Americans simply freaked out. The truth is, the US healthcare system is rather decentralized and unorganized. People with good health insurance have little to worry about. However, in a situation of a pandemic, the US medical facilities are pretty hard to manage, so one has to do it manually. Compounded by the general atmosphere of panic and the fact that the poorest strata of society, who have no health insurance and constitute the main risk zone (obesity due to malnutrition, advanced chronic diseases and other COVID-inducing conditions), the system simply collapsed. Therefore, it is not surprising that the Trump administration tried to keep maximum resources at home. Moreover, the businessman-turned-president, who had openly spoken about “exporting security,” never missed a chance to make it clear to his allies that US assistance is never free. As a result, he was replaced by Biden, a Democrat who advocates maximum support for all democratic forces. However, Democrats usually provide moral or military support, but they have proved equally unprepared to line up any serious assistance to the countries hit the hardest by the pandemic.

Moreover, it was actually at the suggestion of the United States and the UK that the COVAX system, a global initiative aimed at providing equitable (but not free) access to COVID-19 vaccines for countries in need, stalled. It turned out (who might have guessed?) that both the US-developed Moderna and the British AstraZeneca vaccines are primarily needed by their own electorates, and only then by countries that need them, but are unable to produce their own vaccine. Meanwhile, India with a population of over 1 billion, managed to fulfill its obligations, and Russia is ready to launch the production of vaccines in Europe. However, bending under Washington’s pressure, the European Union has banned the import of Russian, Indian and Chinese vaccines, without bothering to explain the reasons for this ban.

A country, claiming world domination cannot lead in everything, of course.  Therefore, it is not surprising that the healthcare systems of many European countries, like Sweden and Switzerland, are way better that what they now have in the United States. That being said, the world leader still bears full responsibility for its allies and cannot leave them to their own devices, not only in the event of a military conflict, but also in the midst of a pandemic. However, this is exactly what it did...