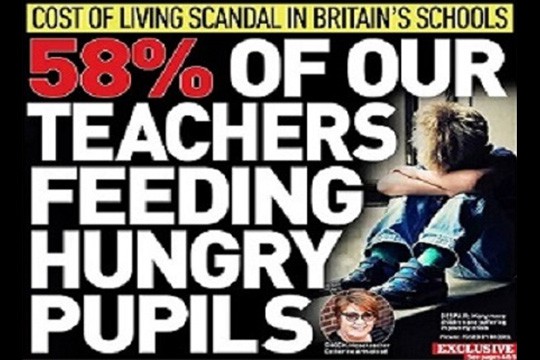 Britain is Suffering in Shocking Ways — But Its Leaders Don’t Care. Welcome to Dickensian Britain! Think about that for a second. It’s not just a picture. It’s a portrait. Of a failed state. A society in profound, utterly shocking, jaw-dropping levels of distress. It’s not just one story, but dozens, thousands, millions, of the staggering level of ruin that Britain inflicted on itself, exclaims Umair Haque, the director of the Havas Media Lab and author of the website Edge Economy, from Harvard Business Publishing.

A 93 year old woman… screaming in pain…waiting 25 hours… for an… ambulance?.. It’s also about the other half of what Dickens dramatized. Indifference. Cruelty. Scorn. From the very top. The really shocking part of the story isn’t just that the poor old lady was screaming in pain, waiting more than a day for an ambulance… it’s that Britain’s leaders essentially just say: “What’s the problem? Suck it up!”

What can you say when a nation’s leaders literally don’t care about this extreme, off-the-charts level of ruin? When they have no apologies to offer, no plans to put in place, no course to correct when they think that grandmas screaming in pain waiting more than a day for an ambulance isn’t even a problem? ‘Shrug — hey, grandma, I don’t know, take some aspirin. Ambulances? Those are only for people who deserve them. Not you. Sorry, grandma, if you die, you die. Did you really deserve to live anyways? Happy Christmas!!’ – That’s what Sunak’s government is practically saying to Britain.

You might think to yourself, well, surely that’s an isolated incident, right? That can’t be the norm – old women screaming in pain for over a day waiting for help, any kind of help, to arrive? Tom, 33, who also did not want to give his last name, has worked with East Midlands Ambulance Service for five years and said he would be striking. “I’ve attended elderly patients who have been on the floor with broken hips for over 20 hours.” 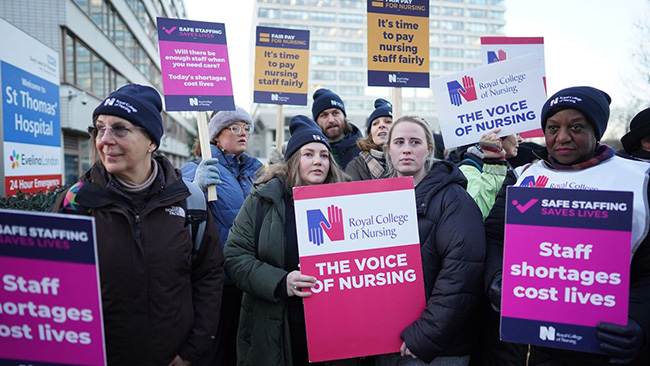 Brits not being able to get ambulances for their dying elderly relatives and little newborn babies is a Big Deal. Because of course, it’s not just about ambulances at all. Let me express this grim situation more technically, and you’ll grasp at once how bad it really is.

What Britain now has is a shortage of healthcare. All of it. From doctors to nurses to ambulances. They’re going on strike precisely because there aren’t enough of them, and those who are aren’t paid remotely enough to not just make it worth it, but to even eke out a livable income.

What kind of a nation, though, has a shortage of healthcare? Healthcare is one of the most fundamental and critical systems a society can have.

For a nation like Britain to have ended with one of a society’s most basic and critical systems going into a mode of absolute, total failure — shortage — and worse, that shortage to be permanent? It’s staggering. It’s the result of years upon years of not just neglect, but malice.

This is the society that Britain’s fanatics wanted — and they conned the average person into believing them, with Big Lies.

Britain is now permanently poorer, and what “permanently poorer” means, in practice, is that systems are now permanently broken. To ever have a functioning National Heaths Service again — ever — means that Britain will have to strike a far saner deal with the EU, so its economy can even just tread water again, rather than decline into oblivion. That’s the only way it can ever happen, because otherwise, the money isn’t going to be there.

And yet this is the approach Britain’s government takes to everything now. Can’t afford the heat? Don’t turn it on!! Buy a jumper, and, I don’t know, give your kids a hot water bottle. What’s that? Electricity’s too expensive? You can barely afford to keep it on for a couple of hours a day? I know, here, cut back! Buy an air fryer! 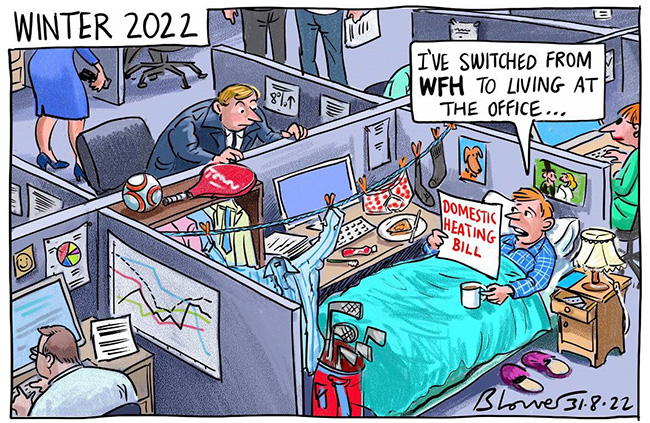 This is actually what’s happening. I kid you not. The government, instead of accepting responsibility for the ruinous state of Britain, for its endless list of now immense social problems, for the absolutely shocking levels of privation people are experiencing… it tells them to just stop living a modern life.

After all, that’s what all this amounts to. ‘Don’t call the ambulance’. ‘Don’t take antibiotics’. ‘Don’t turn on the heat’. ‘Don’t use electricity’. ‘Don’t cook your food using an oven’. This is the answer Britain’s government has to the problem of the ruin it inflicted on a once proud nation? To turn the clock backwards so people aren’t even living modern lives at all? 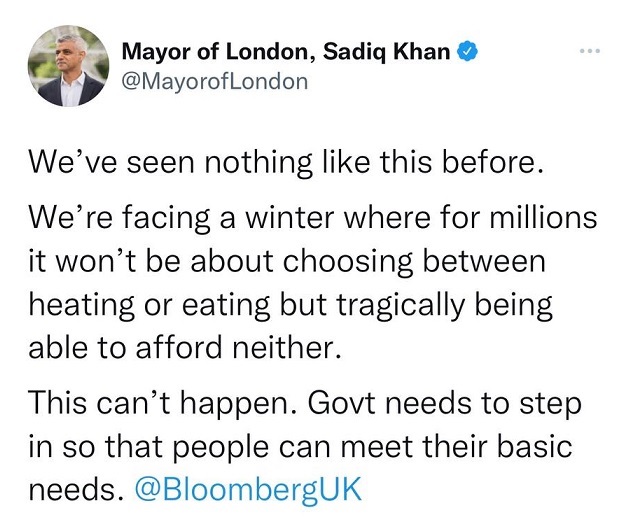 “Where does it end, exactly? The Stone Age?” asks Umair Haque.

Because it’s already looking pretty Victorian out there, in the once bustling and prosperous streets of England’s fair and pleasant land. Grandma’s lying on the floor, screaming in pain, little Johnny’s choking to death, the heat’s not on for more than a few hours a day, but so what, because blackouts are on the way anyways, and there you are, cooking your food on a stone. And you’re one of the lucky ones, because, hey, well, at least you’re not making a regular trip to the food bank which is regularly out of food because so many do, at least you still have a job, at least you’re not losing it all.