What awaits Ukraine after US presidential elections? 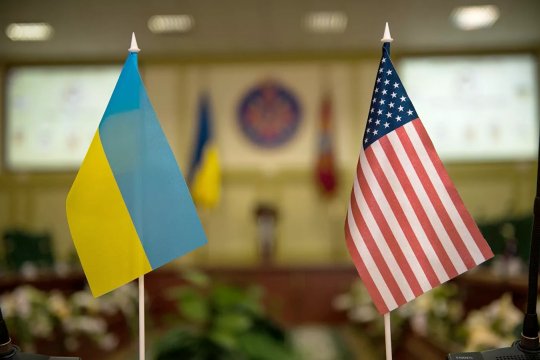 Who is the man that Kiev wants in the White House - Republican Donald Trump or Democrat Joe Biden? For a country like Ukraine, so sensitive to external influences, this is an overarching issue.

Joe Biden’s election in November would bring Ukraine into Washington’s sharper focus. However, important as this may seem to Kiev, this attention may prove excessive. During Biden's vice presidency this attention was so intense that it bordered on personal interest, and, ultimately, even interference in Ukraine’s internal affairs.

On the outside, the love affair between Ukraine and a possible Democratic president will most likely express itself in US support for Kiev’s confrontational actions and statements. With Biden at the helm, Washington could even try to influence the Minsk process. Kiev has on many occasions declared its desire to bring Washington and London into the Minsk talks. Neither the British nor the Americans have so far responded to this call, but the US Democrats are sure to ramp up their activity on this track. One should not expect too much here though, and a mere statement by Washington that the Minsk accords need to be revised will already come as a breakthough for Kiev. As for President Trump, he just couldn’t care less about the negotiations on Donbass, which he views as having nothing to do with America’s interests.

On Biden’s watch, Washington could resume the previous format of interaction between the US State Department and Kiev and bring back the post of the State Department’s special representative in Ukraine, which until the fall of 2019 was held by Kurt Volker - a semi-official channel of interaction that formally demonstrated Ukraine’s importance to the United States. The resignation of Volker, who failed to fully implement what he had been tasked by Trump in a country he did not care much about, could lead to the elimination of the position of the State Department's special representative for Ukraine, as an unnecessary catalyst for US-Ukrainian relations. This means that the usual diplomatic channels (embassy) between countries are quite enough, that the interests of the president can be taken care of by trusted people (Giuliani), and issues of international politics should be resolved with Putin and Europe (Merkel and Macron), which is not doing enough to uphold Ukraine's interests. [i] To demonstrate the importance of the Ukrainian track, however, Biden may bring back the position of the State Department’s official representative in Ukraine.

With regard to Crimea, Ukraine is already urging NATO to build up its presence in the Black Sea to counter Russia’s alleged “aggression" and its “militarization of the occupied Crimea." Ukraine’s First Deputy Foreign Minister Emine Dzhepparova [representative of the Mejlis of the Crimean Tatar people, banned in Russia – D.B.) has called on NATO to expand its foothold in the Black Sea region. [ii]

“The security of Ukraine and NATO are inseparable, and strengthening cooperation in the Black Sea is our common priority,” Dzhepparova wrote on her Twitter account. Under Biden, the United States can intensify its efforts in this direction.

The issue of NATO's presence in the Black Sea region is always on the agenda, regularly escalating in connection with various events - in 2014 in Crimea, the war in Syria, etc. Last autumn, the RAND Corporation think tank published a report on how best to counter Russia’s influence in the Black Sea region. Its main conclusion is that due to the West’s shortsighted policy towards the two regional powerhouses - Russia and Turkey, as well as its underestimation of the political power wielded by their leaders, who subordinate their domestic and foreign policies to their countries’ interests, and not those of the "new world order" and "democratization," it has lost this region and something needs to be done about it. [iii]

For Biden, the need “to do something” could become a source of confrontation with Russia. Biden could be all too happy to do this “something” through NATO, seeing this as a sign of support for Ukraine and Georgia, an opportunity to rein in Turkey’s growing assertiveness and bring Bulgaria and Romania closer into the game by stoking confrontation and militarization of the region with a possible supply to them of coastal missile systems. In general, one can expect an uptick in military-political interaction in the form of active cooperation between Ukraine and NATO, as well as arms deliveries.

The arrival of a Democrat to the White House may also ratchet up the internal political struggle in Ukraine, where the nationalist opposition, conditionally led by the "friend of the Democrats," ex-president Petro Poroshenko, may try to regain power. Poroshenko, meanwhile, is being charged with high treason, corroborated, among other things, by his recorded conversations with Biden - both politicians have cases that they would very much like to hush up. Besides, the nationalists’ activity will inevitably impact the Minsk process, and, possibly, the situation along the disengagement line in Donbass.

What can Kiev expect from President Donald Trump? Less interference in its domestic affairs - once reelected, Trump will most likely lose interest in the active search for compromising evidence on Biden, although he is unlikely to give up this matter altogether. It will all depend on further confrontation between him and his opponents. The main danger for Trump after his re-election will be not so much the Democrats as such, but the political and social processes unfolding in the country, above all the Black Lives Matter campaign. The only thing that may get Trump interested in Ukraine is his ongoing confrontation with China. The United States is enthusiastically blocking the sale of Ukraine’s Motor Sich engine building corporation to the Chinese company Beijing Skyrizon Aviation. [iv]

The Americans see the deal as a security threat, since it would provide the Chinese with new aviation technologies. As for Motor Sich, the company has been forced to make a deal with the Chinese because of the loss of the market for its products and the breakdown of supply chains with Russia after 2014.

Blocking Russian gas supplies to Ukraine and attempts to disrupt energy cooperation between Russia and Europe (Nord Stream-2 ") is another factor that Trump and Kiev look eye to eye on, even though Kiev says that the continued transit of Russian gas across its territory is a guarantee of Ukraine's European integration. Trump's interest in Ukraine will depend on his pragmatic view of geopolitics and economics, as well as the political threats he may see coming from Kiev.

In an hours-long interview, President Zelensky’s former chief of staff, Andriy Bohdan, thus described the system of relations existing between the United States and Ukraine: “In general, there are three tracks, three points of negotiations with the United States. The first is intelligence and security services. We are blind kittens here, really, and all our military capabilities, the capabilities of our special services are information that the international community shares with us. And besides the war, these are drugs, crimes, security. These are plans in general, analytics - we have no analytics. The second negotiating track is diplomatic service. [On this track, according to Bohdan, conversations begin and end with the fact that NABU (National Security Agency of Ukraine, headed by Artyom Sytnik) created on Washington’s orders, is an important and untouchable organization - D.B.] And our third negotiation track is financial organizations. ‘Give me the money.’" [v]

Democrats and Republicans alike perceive Ukraine as a buffer zone between Russia and Europe, Russia and NATO. Ukraine will remain a platform for creating reasons for sanctions, justifying sanctions, an active participant in and an accomplice to sanctions processes. Obviously, the sanctions confrontation over Nord Stream-2 is just beginning, and Ukraine, as a party fearing the loss of transit, has long been calling for sanctions against this Russian-European project.

Any of the two contenders for the White House will talk about providing financial assistance to Ukraine, with Trump being more pragmatic, and Biden - more "rhetorical." With Biden in power, the Ukrainian economy could be reduced to handouts.

The US will not go overboard with its interference in Ukraine’s internal affairs though, because this is a costly affair (Ukrainian oligarchs have enough money to conduct any political campaign of any scale. Why would Washington spend money if it can exert influence or clinch an agreement?) Lobbying the interests of private individuals or politicians that are to Washington’s liking is no problem - suffice it to recall the story of the Burisma Company that tarnished the reputation of the Biden family. Influencing the political landscape by persecuting politicians and oligarchs is also an option (recall the recent cases of tycoons like Dmytro Firtash and Ihor Kolomoyskyi).

President Zelenskiy and many other Ukrainian politicians, dependent on Washington, now face the daunting and, at the same time, important task of choosing the right course of action before the US elections. According to some Ukrainian observers, Zelensky made his choice after long hours of brainstorming with his trusted confidants. It looks like this: “No sudden movements [until November 2020 - D.B.], no progress in the investigation of the criminal case against Biden and his son Hunter, no Burisma and no Derkach tapes. We imitate a “stormy discourse” in the Minsk format, pretend to support the “Belarusian Maidan,” but we lie low and carefully compare the ratings of Trump and Biden.” [vi]

In a nutshell, Ukraine is seen by Washington as just a platform for serving America’s geopolitical interests, which is also being used for party-political and private interests. Will anything change for Ukraine depending on who wins the November 2020 US elections? My answer is no.