What is India in for? 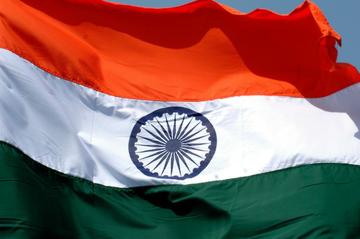 Summer is not only the best season to have a vacation but also time to think over some political events and revise, if necessary, existing political strategies. India is not an exception.

Major issues on the agenda are as follows: what links are there between Delhi's focus on polycentric world order and almost hidden but consistent steps aimed at changing India's position in global politics? Which strategy will be chosen to replace 'Nehru`s course' which is viewed by many as 'outdated' and no longer fitting into modern realia? Will India's altered foreign policy undermine 'unshakable' principles of political and economic sovereignty?

These are not empty questions, not least because these principles of political and economic sovereignty have consolidated the Indian people over the past 60 years. These principles allowed India steadily strengthen itsautonomous position on international scene. India has never tried to have close links with only one state (or a few countries) so that not to harm its strategic interests.

Supporters of the idea of sovereignty think that India's independent position has now been put at risk as the country's relations with the U.S were granted a 'special status'.

The U.S. has become more active in the Asia-Pacific region (APR) with Washington trying to lure India into its long-term plans.

I think American strategists are being guided by three major tendencies:

In these circumstances, the Obama administration has to revise what was said and done by their predecessors under George W. Bush, when 'special relations with India were used as means to deter China. A return to Bush's policy was approved by three authoritative circles in India: 1) private corporate sector- its members relying on 'strategic cooperation' with the U.S as the only way to make India 'an economic superpower' by 2030-2035. 2) growing middle class viewing America as an 'external guarantor' of new India's way of life in the face of rising China. 3) Generals and officers, most of them considering the U.S as 'producer and reliable supplier of the latest military technology.These people are said to have access to India's Defense Ministry, and have been insisting on making the US the main supplier of military hardware instead of Russia.

Apart from this, Americans have been persistently imposing their ideas on Indian scholars and students in hope for winning their approval of the US values.

Some Indian intellectuals believe that 'an American project' to shift India's foreign policy standards comes right on time amid favorable political circumstances within the country. The Communists and the Bharatiya Janata Party opposing the National Congress have become weaker due to a change of generations and a need for reforms. Certainly, 'the American project' differs from the US-led color revolutions in former Soviet republics and in some other places worldwide. But it is evident that the U.S has been trying to oust Indian leftist politicians from any of the ruling coalitions.

Finally, here comes the most evident proof that Delhi is included in Washington's geopolitical plans: the U.S has repeatedly demonstrated its interest in 'the union of four democracies' (US, Japan, Australia and India) with a possibility for South Korea to join this 'eastern NATO' (the way this project was dubbed in Beijing) in future.

Some left-wing intellectuals think that the 'project' is supervised by Prime Minister Manmohan Singh, who is viewed by the leading Indian journalists as 'a politician beyond politics' focusing only on social and economic reforms. In their opinion, it was Mr. Singh who approved 'a nuclear deal' as well as India's withdrawal from the non-proliferation regime. He also negotiated a possibility of buying from the US the latest models of weapons and hardware as well as many other initiatives involving cooperation with the US. They say the 'American project' will be a success when Mr. Singh hands over his duties to Rahul Gandhi, a son of Sonia and Rajiv Gandhi, who represents 'interests of the country's young generation'.

I think this is an exaggeration. I know it for sure: Manmohan Singh appreciates deep understanding of India by such prominent Soviet scholars like Gleriy Shirokov, Lev Reisner, Grigory Kotovsky and others. For both the prime minister and the leader of the Indian National Congress, Sonia Gandhi, strategic meaning of the Indian-Russian relations is obvious. However, in the past 15-20 years new factions have been formed in India, its members reminding Russia of its neglect towards Delhi under Yeltsin and growing geopolitical expansion of China in order to justify their disapproval of Nehru`s course. And right they are. I mean, unlike in previous years, India is not always successful as an arbiter capable to maintain balance in the society. By the way, the country's largest party-the Indian National Congress- enjoys support from only 28% of the voters.

So, India's course towards 'Americanization' is evident. Otherwise, how could we explain delays in delivery of 126 Russian multipurpose jets, India's passive stance on BRIC and RIC, and weak diplomatic activity at the Indian Embassy in Moscow? It is neither accidentally hearing some Indian diplomats describing Nehru's ideas as 'archaic'.

Of course, in the long run India's political course is determined through its people's will. But Moscow cannot turn a blind eye to a possibility of worsening relations with India. In these circumstances the Russian authorities should not wait any longer and get prepared to protect its interests in South Asia.