What they want in NATO: Fight, fight, fight to the last Ukrainian! 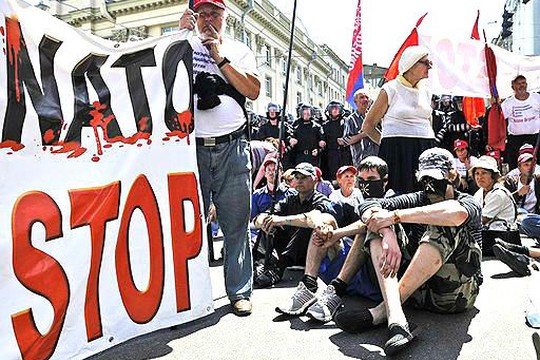 Turkish Foreign Minister Mevlut Cavusoglu said that a number of NATO countries want the conflict in Ukraine to continue.

“There are countries in the West that want the war to continue, with NATO member states among them. I mean not only the US but also NATO member countries. There were also those who wanted to sabotage the grain agreement. Yet this wasn’t the US (!). The US contributed to the conclusion of the grain deal, including lifting restrictions on the exports of Russian fertilizers, unblocking ports and [lifting restrictions] on banking operations. Yet there were also European countries who wanted to sabotage this. We are not losing hope and continuing our efforts,” Mevlut Cavusoglu said in an interview with the Haber Global TV channel.

A package of documents geared towards resolving the issue of food and fertilizer supplies on global markets was signed on July 22 in Istanbul. Under the Russia-UN memorandum, the United Nations undertakes to work toward lifting anti-Russian restrictions hampering the exports of agricultural products and fertilizers. Another document envisages a mechanism of exporting grain from Ukraine-controlled Black Sea ports.

An agreement between Russia, Turkey, Ukraine and the United Nations provides for the establishment of a four-party coordination center to search ships carrying grain in order to prevent weapons smuggling and avoid any false flag.

Meanwhille business media drew attention to the fact that grain prices on the world market are declining.