When Russia closed its airspace… Oops… 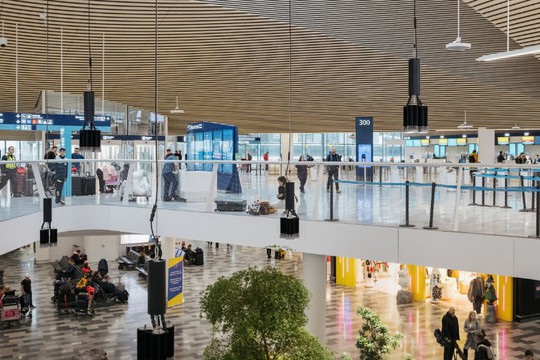 This is a story of “how finnair’s huge bet on faster flights to asia suddenly came undone” and this is a lesson to those who imposed sanctions against Russia. “The New York Times” writes:

Nestled near Europe’s rooftop, Finland spent decades leveraging its location to become a popular gateway for Asian travelers. Its flagship airline, Finnair, offered flights from Tokyo, Seoul and Shanghai to Helsinki that, by crossing over Russia, were hours shorter than flights to any other European capital.

Airport chiefs invested nearly $1 billion in a new terminal with streamlined transfers (photo). There were signs in Japanese, Korean and Chinese, and hot water dispensers for the instant noodle packets favored by Chinese tourists.

Then Russia sent troops across Ukraine’s border on Feb. 24, and overnight the carefully constructed game table was overturned.

Russia in response to anti-Russian sanctions closed its airspace to most European carriers in response to bans on Russian planes. What was once a nine-hour flight to Helsinki when routed over Russia’s 3,000-mile expanse would now take 13 hours and as much as 40 percent more fuel because it had to swoop around borders.

Finnair’s competitive advantage as the fastest connection from Asia and a travel hub for Europe vanished in a wisp.

The sudden disintegration of Finnair’s business model is part of the wide-ranging economic upheaval that the war in Ukraine is causing for businesses around the globe.

“The Asia strategy had been 20 years in the making,” Topi Manner, Finnair’s chief executive, said from the company’s headquarters, next to the Helsinki terminal in Vantaa. Services were tailored to meet the tastes of its Asian customers. Meal offerings include crispy chicken in Chinese garlic and oyster sauce and Korean-style stir-fried pork in spicy sauce with bok choy and steamed rice. The airline’s ground staff in Helsinki are fluent in the region’s native languages.

Mr. Manner said, the airline’s management quickly concluded “that Russian airspace will remain closed to European carriers for a long time and we need to adapt to that reality.”

An estimated 30 million passengers were expected by 2030, up from the nearly 22 million that the existing terminals handled in 2019. Those projections are now irrelevant, and airport officials say the situation is too uncertain to make any meaningful update to that figure.

This summer, Finnair operated 76 flights between Helsinki and Asia, compared to 198 in the summer of 2019. Overall, the airline is going at 68 percent of its capacity. Operating losses in the first half of this year amounted to 217 million euros.

Finnair has lost 1.3 billion euros over the past three years.