"Where the Russian flag has been hoisted, it shall never be lowered." Who and why sold Russian America (Part I) 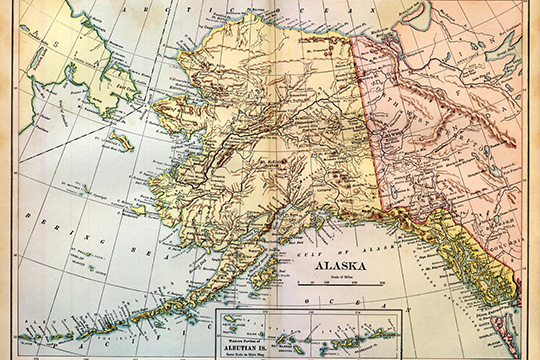 On March 30, 1867, the Russian Empire signed the Treaty of Cession of Alaska, which envisaged the sale of Alaska to the United States. More than 150 years on, many in Russia still have second thoughts about the true motives that prompted the tsarist government to take this step. What makes the dispute so particularly acute in Russia today?

Russian history is full of examples of Moscow Grand Dukes, Emperors and, later, Soviet leaders gaining or losing parts of the country’s territory as a result of wars or other upheavals. In 1721, after the end of the Northern War, Emperor Peter I signed the Treaty of Nystad with Sweden,  under which Russia, as the winning power, took over the territories of Livonia, Estonia, Ingermanland, a part of Karelia and a number of islands in the Baltic Sea, paying Sweden 1.5 million silver rubles – a huge sum of money by those days’ standards. The legality of that transaction was thus enshrined in an international agreement.

As for Alaska, we are dealing with a unique and unprecedented case in the history of Russia. For a nominal fee, Emperor Alexander II voluntarily handed over to the United States Alaska and the Aleutian Islands - the so-called “Russian America” – a territory of 23,000 square miles, or 6 percent of the territory of the Russian Empire in the 1860s. Here it is worth mentioning the fact that during that period there was not even a hint of any military confrontation between Russia and the United States. Neither was Russia suffering from any political or economic problems that could prompt such a voluntary territorial concession to the Americans. From the standpoint of state interests, this “gift” to America by the Russian monarch was by no means motivated either. The pro-government press of that time still hailed the deal as “very smart,” and argued that “the importance of the signed agreement will not be immediately understood.”

More than 150 years later, Russian experts are still divided on the true reasons for the sale of Alaska.

Public attention to the sale of Alaska - this riddle of the 19th century – spiked during the 1990s, fueled by the news of Britain going to give Hong Kong back to China in 1997. Hong Kong was leased by the British under the terms of the Nanking Treaty of 1842 and the Beijing Convention of 1860. Buoyed by the news, many opposition leaders in Russia started raising the issue of Alaska’s eventual return to Russia. Trying to raise their status among fellow oppositionists and potential voters alike, those jingoistic “patriots” began to make unfounded claims that Alaska was only leased out to the United States, that the lease had already run out and that it was now time for the Americans to pay up.

The scientific community was quick to respond to this “challenge” though. In 1997-1999, Mezhdunarodnye Otnosheniya (International Relations) Publishers in Moscow came up with a fundamental, three-volume, History of Russian America (1732-1867), supervised by Academician Nikolai Bolkhovitinov. The authors of this academic oeuvre analyzed the reasons for the sale of Alaska, focusing primarily on the problems that supposedly deprived Russian America of any future. According to them, the main reason why Russia sold Alaska was the country’s backward autocratic-feudal system. What they did not answer, however, was the question exactly why Russia had voluntarily agreed to give up its possessions in Alaska.

Public discussion of this issue in Russia continued in the first decade of the 21st century, facilitated by the publication of new books by Alexander Bushkov and Ivan Mironov, dedicated to the history of Russian America and the sale of Alaska. Each author conducted his own investigation, trying to reveal, based on a lot of factual material, the "mysterious affinity,” which members of the Romanov dynasty felt for their American friends. Alexander Bushkov’s book, “Russian America: Glory and Shame,” is characterized by categorical judgments and highis emotionally supercharged. This sentiment is echoed by Ivan Mironov’s "The Fatal Deal: How Alaska was Sold," written in the genre of a historical thriller. It tells the story of Russian America, which is emotionally supercharged as well, creating a sense of anxious expectation and excitement. These publications suddenly became extremely popular giving a new impetus to the discussion of the sale of Alaska.

Public interest in the history of Russian America remains very strong today. In a nationally televised Q&A show in April 2014, shortly after Crimea was reunited with Russia, President Vladimir Putin was asked about the fate of Russian America in the 21st century.

“Why do you need Alaska? ... Let's not get excited, okay?” Putin replied, in a clear attempt to cool the hot heads.

One thing is clear: any conclusions about the US acquisition of Russian America need to be built not on emotions, but on historical facts, which are extremely hard to find. The problem is that the main documents pertaining to the sale of Alaska have not yet been found in Russia. I am sure that the secret of the voluntary sale of Alaska certainly exists. The Americans might have had a reason to insist, from the very outset, that the entire archive of the Russian-American company be placed under their disposal. The Alaskan Treaty of March 30, 1867 emphasized that "any government archives, papers and documents relative to the territory and dominion aforesaid, which may now be existing there, will be left in the possession of the agent of the United States.”

The US government was apparently trying to secure itself and hide from prying eyes the secrets of the deal, under which Russia ceded its possessions in North America. Let us still try to slightly raise the veil of secrecy shrouding the sale of Russian America.

All publications about the history of Russia in the first half of the 19th century, say that during that time the Russian Empire was spread across three continents - Europe, Asia and North America. This notion is impeccable if we consider Russian America solely as a geographical description of "no man’s lands" that the Russian pioneers in the Western Hemisphere once claimed. In reality, however, the Russian monarchs never officially proclaimed Alaska an integral part of their empire. Historically, certain territories legally fell under the hand of Russian czars only after those territorial acquisitions were reflected in the official title of Moscow rulers, and subsequently, of Russian autocrats. For example, as the Moscow state expanded eastward, from the Urals to the Pacific Ocean, the newly acquired lands were invariably added to the official title of its Grand Dukes. In 1500, after large swaths of Western Siberia became part of the Russian state, Ivan III became known not only as the sovereign of all Russia, but also as Prince of Yugra, Obdora and Kondiya. In 1553, Ivan the Terrible added to his title that of the “Ruler of All Siberia."

This tradition of the Ryurik dynasty was well emulated by the Romanov imperial house. In the 19th century, the acquisition of new lands also found its reflection in the official title of the Russian monarchs. During the reign of Alexander I, added to his official title were those of "the Grand Duke of Finland, the Prince of Bialystok and the King of Poland." Alexander II, in his turn, received an additional title and became known as the “Sovereign of Turkestan,” etc. As for Russian America, it was never mentioned in the official title of the Russian autocrats, even though there was ample time to do so. As you know, Russian America was part of the Russian Empire for 135 years, that is, from the time of its discovery in 1732 until the sale of Alaska in 1867.

Moreover, the system of administrative-territorial administration of the empire was never extended to Russia’s overseas territories in North America, although formally these lands were temporarily part of the Irkutsk province. Therefore, neither de jure, nor de facto, Russian America was ever part of the Russian state. This was certainly an intentional policy of the ruling dynasty, as the uncertain status of Russian America allowed the imperial family to dispose of these lands as their personal estate. The administrative management of this territory was eventually assigned, by decree of Emperor Pavel I, to the Russian-American Company (RAC), whose operations were closely controlled by the Romanov family.