Where US and Ukrainian aims collide 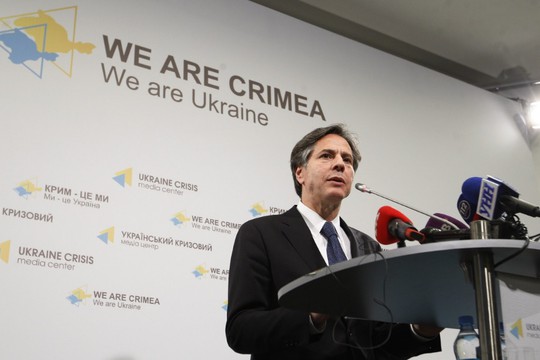 In the history of U.S.-Russian relations, never been an issue to justify a war between us. America has never had a vital interest in who rules in Kiev, writes Patrick J. Buchanan is a founding editor of “The American Conservative”.

Through the 19th and almost all of the 20th century, Ukraine was part of the Russian Empire or the USSR, ruled from Moscow. And that condition presented no issue of concern to the USA, 5,000 miles away.

For  us, the crucial concern in this Ukraine-Russia war is not who ends up in control of Crimea and the Donbas, but that the U.S. not be sucked into a war with Russia that could escalate into a world war and a nuclear war. That is America's paramount interest in this crisis.

Nothing in Eastern Europe would justify an all-out U.S. war with Russia.

Today, while the U.S. is under no obligation to go to war for Ukraine, we are obliged, under the NATO treaty, to go to war if Slovakia, Czechia, Bulgaria, Romania, Hungary, Poland, Lithuania, Latvia or Estonia are attacked.

And, though Kiev is not a member of NATO, the U.S. finds itself the financier and principal armorer of Ukraine in a war with Russia over Crimea and the Donbas, which could involve the use of nuclear weapons for the first time since Nagasaki.

In short, our vital interest — avoidance of a U.S. war with a nuclear-armed Russia — may soon clash with the strategic war goals of Ukraine — i.e., full retrieval of Crimea and the Donbas.

As Russia's use of nuclear weapons could lead to a war that could involve the United States, Kiev's relentless pursuit of its vital interests — retrieval of all the lands taken by Russia, including the Donbas and Crimea — will eventually imperil vital U.S. interests.

Some Americans see this war as an opportunity to inflict a defeat and disgrace on Russia. Those seeking such goals should recognize that the closer they come to achieving their goals, the closer we come to Russia's use of nuclear weapons.

Recall: President John F. Kennedy sought to provide an honorable way out of the Cuban missile crisis for the Soviet dictator and nation who precipitated it.