“Whether Sunak has a plan we do not know” 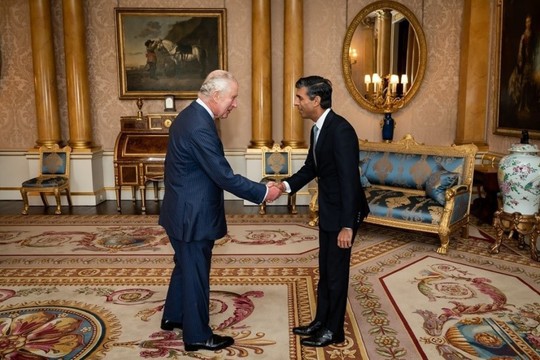 Don’t expect Britain’s first Asian prime minister to radically reverse the UK's direction, as he is a pillar of the establishment, insists Indian Ambassador and political observer M.K Bhadrakumar.

Sunak is a prime minister by appointment: neither elected through a general election, nor even by his own party or parliament. The Conservative Party avoided a members’ vote by setting an artificially high first-round voting threshold.

In political terms, as well as by the norms of a democratic transition, his appointment amounted to the disenfranchisement of Conservative voters through an electoral stitch-up that ensured Sunak somehow reached Downing Street,10.

Of course, it worked, as on earlier occasions too in Britain’s modern history. But the despairing majority of British people are now demanding a proper vote on who runs the country.

A YouGov poll last week found that 56 percent of the British public think Sunak should call an early election.

The problem today with Britain is that a successful Brexit would require a shift in its economic model. But Boris Johnson didn’t have one, and Liz Truss failed to sequence her plan properly.

Whether Sunak has a plan we do not know.

Sunak’s decision to reinstate Ben Wallace and James Cleverly – both ex-military men – as defense and foreign secretary respectively, does not bode well, as it signals continuity in Britain’s approach to global affairs.

Neither man backed Sunak in his successful leadership bid but they enjoy Washington’s trust, and Wallace also has personal contacts within NATO circles.

It was revealing that Sunak’s first call with a foreign leader was with Ukrainian President Volodymyr Zelenskyy last week. He reportedly informed him that Britain’s support will remain “as strong as ever under his premiership”.

The politicians of the ruling elite remain besotted by the alluring thought of a ‘Global Britain’ over which the sun will never set, and have yet to figure out realistically and calmly their country’s due place in the modern world.

Thus, as caretaker prime minister, Sunak will be mired in home issues for his survival but has little political capital to solve them.