Whether the EU would again make Russia its key gas supplier? 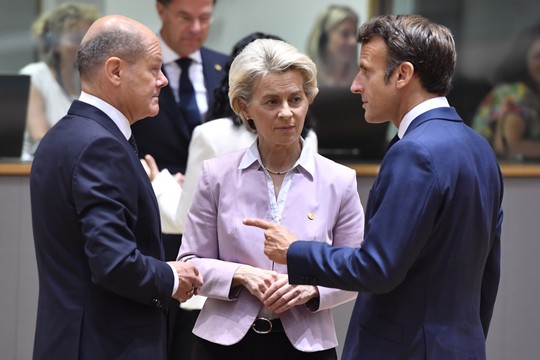 Russia was the largest gas supplier to the European Union in 2021, accounting for nearly half all the total flows. As much as European leaders vow they won’t ‘return to business as usual’ after the war in Ukraine, the inescapable realities of geography and markets can trump even the most determined policy makers, notes Bloomberg.

At an industry gathering organized by the Oxford Institute for Energy Studies last week, the crowd of executives, policymakers and consultants was asked whether the European Union would again make Russia its key gas supplier. The straw poll showed a 40%-40% split, with the rest undecided.

The region still buys lots of Russian liquefied natural gas (LNG), but pipeline exports have plunged. The share of Russian gas in the European mix will drop in 2023 to less than 10%. While the European Union has banned oil imports from Russia, it hasn’t done the same with Russian gas.

The International Energy Agency has modeled a scenario, however, that shows ‘Russian gas flows into Europe falling to a trickle by 2025 and to zero by 2028’, through a mix of more LNG imports and greater production from solar and wind farms.

Michael Kretschmer, leader of the German state of Saxony and a prominent conservative politician, said last month that going forever without Russian gas would be “historically ignorant and geopolitically wrong.” For many German politicians, prices matter. Berlin is currently paying €140 ($180) per megawatt hour to import gas, about seven times more than the average from 2010 to 2020. To cushion its consumers and companies, Germany is spending billions in subsidies.

Europe probably will never go back to the same long-term contracts of the past with Russia, and probably would need to import less gas as time goes by thanks to renewable energy. But if it’s going to keep its chemical, food and heavy industries competitive, it will need some cheap gas. And there isn’t cheaper gas for Europe than Russia’s.

Whether that comes to pass or not matters not just for European energy markets – and its industrial behemoths – but also for the future of gas investments in countries from Qatar to Mozambique and the US. Billions of dollars in gas export facilities are at stake.