Who can live in England with less than £3 a week? 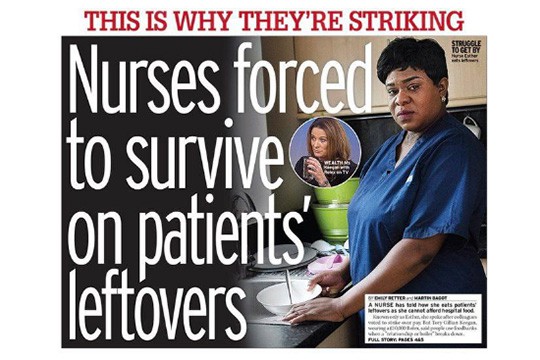 A study from the Joseph Rowntree Foundation found that 7 million families in England have gone without things like heating, toiletries or showers this year. Gheorghe, for her part, sometimes eats just one meal a day. And this Elena Gheorghe had never eaten at a food bank until this year. But like millions of people in the UK, she has watched her daily expenses eat up more and more of her income, and she ran out of corners to cut. That’s a story from Bloomberg.

As they’ve watched double-digit inflation degrade their paychecks, millions of  people in the UK have for the first time found themselves in a similar position. Over the last nine months, the share of UK households with little or no discretionary income has doubled from 20% to 40%, according to Asda Income Tracker data.

Many have gone into debt paying for things other than food and housing. Others are cutting back on essentials. “It’s hard to feel anything but despair,” said Abigail Davis, a social policy researcher at Loughborough University who has studied poverty and inequality for 22 years.

This is but a slice of the cost-of-living crisis that the UK’s new Prime Minister, Rishi Sunak, will have to contend with as he takes office.

Britons across income levels face a foreboding combination of energy, mortgage, and pension crises. More than half of UK adults were finding keeping up with their bills a heavy burden this spring, according to the Financial Conduct Authority. Mortgage payments are already rising and the number of people either behind or struggling to pay rent has spiked by 45% since April, according to housing charity Shelter.

But the economic pain hasn’t hit all equally. Poorer people have disproportionately seen their spending power evaporate. That’s partly because those groups tend to lay out a bigger share of their income for essentials, such as food, whose prices have sky-rocketed.

The current political turmoil has only created more uncertainty over if and how the government will address skyrocketing prices.

Half of independent food banks in the UK say they either won’t be able to help everyone who reaches out to them, or they’ll have to cut the amount of food they’re giving out this winter, according to a survey by the Independent Food Aid Network.

…Britain lived ‘well and richly’ as long as the Crown plundered in India, Africa while  stolen funds came to London from everywhere. Nowadays the country gradually sinks into its normal state – an island without resources and wealth. They once  said -  an island of Royal Pirates. Salute to captain Morgan and captain Drake!