Who chooses the new arms race? 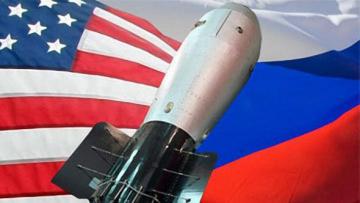 The last days of 2010 were marked by hot disputes in the US Senate on the new Strategic Arms Reduction Treaty agreement (START) signed between Russia and the US. On this occasion the commander of the Russian Strategic Missile Forces Sergey Karakayev invited reporters to his headquarters in the Vlasikha village and made a number of principal statements.

The new START does not ban the modernization and replacement of weapons including the development of the new types of arms. That is why Russia, observing the terms of the new treaty, even though it has not been ratified yet, will remain fully independent when forming its Strategic Missile Forces’ units. For this purpose Russia will, firstly, keep the existing missile systems (which operational life has not expired yet) in its arsenal and, secondly, replace the old systems (which operational life has expired) with completely new ones.

First of all R-36M2 Voyevoda missile (RS-20V under START classification and SS-18 “Satan” under NATO classification) will be kept in the Russian arsenal. The missile is capable of carrying 10 warheads with the capacity of 550 kilotons each over the distance up to 11,000 km. Voyevoda was deployed way back in 1988 but the last test launch on December 24, 2009, showed that its operational life can be extended. The 13th Missile Division in Zabaikalye (the Baikal region) and the 62nd Division in the Krasnoyarsk region are equipped with these missiles - in total there are 58 systems in operation.

It is not only the age, which makes the Russian command to discard some weapons from service but also the end the industrial cooperation of the Soviet era – the Voyevoda missile was designed and produced in Dnepropetrovsk, Ukraine, by the Yuzhmash company. Nevertheless, the missile will remain in the arsenal of Russia’s Strategic Missile Forces until to 2026, Karakayev said. The same applies to a less powerful silo based intercontinental ballistic missile RS-18.

The similar conclusion was made about mobile RS-12M Topol (SS-27 Sickle B1 under NATO classification) – a single warhead intercontinental missile with the charge of 0.55 megatons and maxim range up to 11,000 km. The first regiment of mobile Topol missiles was put on alert in July 1985. In 2009, it was announced that the production of road mobile Topol missiles will be discontinued and in future completely new systems will be put on alert.

As for silo based Topol missiles their deployment will continue. The Defense Ministry repeatedly said that in the next ten years these missiles may become the core of the arsenal of Strategic Missile Forces.

General S. Karakayev said that on December 14 another (the sixth) regiment of Topol missiles was put on alert in the missile division in Tatischchevo. In 2012, the number of missile launchers in this regiment will reach 10 units.

As for completely new missile systems, according to Arthur Usenkov, the General Director of the Rosobshchemash Corporation (one of the leading departments of the Russian Space Agency responsible for implementation of state order on missiles) R-36M2 Voyevoda missile will be replaced with a liquid propellant silo-based intercontinental ballistic missile. Just like Voyevoda the new missile will have a separable warhead with 10 independently targetable warheads and will be able to remain undetected by any of anti-missile systems, which may be created in the world before 2050-s. The new missile can be put into operation in 8 years, if its development is intensively financed and the necessary modern electronic base is created.

Single warhead Topol missiles will be replaced with RS-24Yars intercontinental ballistic missiles (SS-27 under NATO classification). Rs-24Yars has separable warhead and is invisible for any interceptors of possible enemy. In December, the Missile division in Teykovo, the Ivanovo region, received its second division of Yars missiles in 2010.

The statements made by one of the chiefs of the Russian Defense industry and the commander of the Strategic Missile Forces are in line with the statement contained in the annual address of the Russian President to the Federal Assembly, namely: Russia and the West are facing the alternative either to agree on partnership on the creation of joint anti-missile defense system or to start a new arms race. The last thing is undesirable, but of the US does it Russia will have to do the same. And the answer of Russia won’t be the Voyevoda missile, even though this is its most powerful intercontinental ballistic missile today, with which the counterstrike is guaranteed.

But even now the rapid renewal of the Russian Strategic nuclear forces is being defined by the current security goals. Russia’s defense potential reduced dramatically due to devastating processes in 1990-s and early 2000-s. It should be noted that in seven years after the new START treaty comes into force each party will be allowed to have 500-1,100 strategic carriers and 1,500-1,675 warheads. But Russia has almost reached this level already now without any additional arms cuts.

By mid 2010, Russia’s strategic nuclear forces had 605 strategic carriers, capable of carrying 2,667 nuclear warheads. Of this total number Russia’s Strategic Missile Forces has 369 carriers and 1,247 warheads respectively (against 3,450 units in the beginning of 2000)

If Russia does not take urgent steps it will quickly reach the stage, beyond which it will be very difficult to counteract nuclear attacks of possible aggressors.

According to former commander of Russia's Strategic Missile Forces, General-Colonel Nikolay Solovtsov, Russian strategic nuclear forces (SNF) should have at least 1,500 nuclear warheads in order to ensure a launch under attack despite counteracting of US anti-missile systems.

Russia would like to avoid a new arms race but it cannot ignore the attempts to violate the strategic balance, which includes the creation of the US national anti defense system near the Russian borders.

For the new intercontinental ballistic missile, which is being designed to replace the Voyevoda missile, it won’t be a problem to bypass both existing anti-missile defense systems of the US and the new systems which may be developed before 2050-s.