Who Really Benefits from the Creation of a Land Market in Ukraine? – Cargill, Dupont and Monsanto! 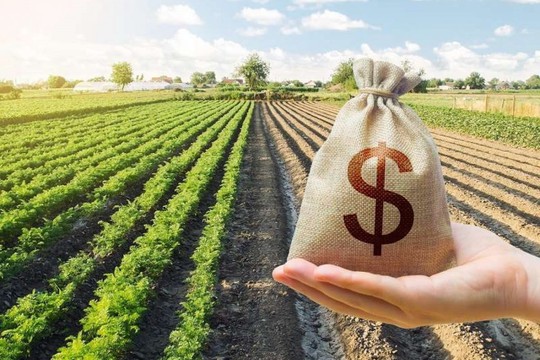 Three large American multinationals bought 17 million hectares of Ukrainian agricultural land. These are Cargill, Dupont and Monsanto (which is officially German-Australian but with American capital). Among the main shareholders of these three companies are Vanguard, Blackrock, Blackstone, recognizes “Australian National Review”. And it notes that five percent of Ukrainian agricultural land was subsequently purchased by the Chinese state.

Then the publication cites conclusions from the report of Oakland Institute on this subject.

This report was published even before the start of the Russian operation in Ukraine. However, it does provide a true picture of what is happening with non-agricultural land rights in the country. Very impressive

The most important facts are there:

- Although Ukraine has large swaths of the most fertile farmland in the world, the wealth of its agriculture sector has long remained largely out of reach of the country’s farmers. In the country known as the “breadbasket of Europe,” agriculture has been dominated by oligarchs and multinational corporations since the privatization of state-owned land following the collapse of the Soviet Union in 1991.

- In the 1990s, guided and supported by the IMF and other international institutions, the government privatized much of Ukraine’s farmland, and distributed certificates that individual workers could use to obtain ownership of a discrete plot of land. However, amid a nationwide economic collapse, many resold their certificates, beginning a process that resulted is external in the growing concentration of land in the hands of a new oligarchic class.

- The World Bank expects the land reform law to push poorer, smaller farmers out of agriculture and help grow larger land holdings. For Arup Banerji, World Bank Director for Eastern Europe, the reform “will allow Ukraine to capitalize on its economic potential and improve the lives of Ukrainian people.”

- Thirty years after the disastrous privatization of land that took place with their support in the 1990s, international financial institutions such as the IMF and World Bank have succeeded in lifting the moratorium that had been established to prevent the takeover of Ukraine’s land by a minority of private interests.

- Many Ukrainians believe that agriculture in Ukraine will only become more corrupt and controlled by powerful interests as a result of the new land reform law.

- Many small-scale farmers won’t be able to buy much land, because the land is being sold at high prices, and many smaller farmers are already struggling financially and are in debt.

- For many citizens, the most serious concern with this law is the potential for foreign interests to illegally gain ownership of land, for example through opaque ownership of a Ukrainian company, exploiting the country’s impotent judicial and regulatory systems. Some of the largest land deals in Ukraine in recent years were carried out by foreign corporations that may try to circumvent the new law and obtain title to the land.

- The above analysis makes it clear that imposing the creation of a land market in Ukraine will further concentrate control of land in the hands of oligarchs and large agribusinesses, while favoring the interests of foreign investors and banks. It is unfortunately the vast majority of Ukrainian farmers and citizens who will have to pay the cost, stress the report of Oakland Institute.