Why does the International Criminal Court keep silence on Gaddafi`s death? 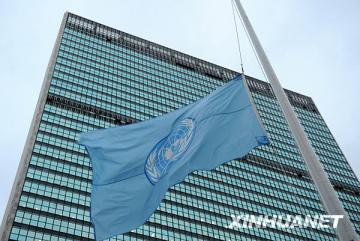 The alleged killing of the Libyan leader Muammar Gaddafi has brought several crucial issues of international law to the forefront. Though it is evident that many pieces of video footage featuring Gaddafi`s last hours are fake, still there are some which may prove real. It is easy to explain why fake videos have been made: they were aimed to suppress courage in the rebels, and – if we suggest that the video showing Gaddafi`s killing are fake – to prevent a new wave of uprising set for the nearest future. But my task now is to analyze the footage showing Gaddafi`s bloodied body from the point of view of international law, no matter whether the videos were fake or real, but relying on the fact that the footage was considered genuine by the global media and NATO leaders.

For the past few days we have been shown the footage of a man, who looked much like Gaddafi, being brutally killed. The world`s major political factions have reacted differently. But the reaction of the International Criminal Court deserves special attention.

At the moment Gaddafi was captured he was still alive. After the capture he was dead – the video footage shows him having a bullet hole in his left temple. This is enough to qualify his killing as a war crime.

In March the UN Security Council (UNSC) admitted that Libya was in grip of an armed conflict, which means that all the sides involved in the conflict should abide to the Geneva Conventions of 1949, including Convention for the Amelioration of the Condition of the Wounded and Sick in Armed Forces in the Field. Its Article 3 says: “Persons taking no active part in the hostilities, including members of armed forces who have laid down their arms and those placed ' hors de combat ' by sickness, wounds, detention, or any other cause, shall in all circumstances be treated humanely, without any adverse distinction founded on race, color, religion or faith, sex, birth or wealth, or any other similar criteria”. Otherwise, all actions causing the death of a captive should be viewed as a 'serious violation' of the Convention. The word serious in this context is a legal definition which serves to differentiate between common violations the ICC does not have to deal with, and  grave crimes which rightly fall under the Court`s jurisdiction. So, what was demonstrated on TV about Gaddafi`s death, is a serious violation of the norms of international law.

The reasons for the ICC to keep silence about the situation are quite obvious: on having started the hearings into Gaddafi`s death, they will by all means have to investigate numerous reports on crimes committed by the National Transitional Council (NTC). The easiest thing the ICC could do in this situation would be to say that the Court was founded to deal with the gravest crimes, while the killing of one person is not the case. But they can`t say that, first of all because the case has already been classified as 'serious crime', and, secondly, as the Gaddafi case has been opened already. The least thing the ICC is now expected to do is to qualify the killing as an obstacle to exercise justice. They can`s keep silence any longer. Gaddafi`s murder is not a private case but a part of a bigger case, which has been launched earlier. Certainly, the death of a key defendant impedes the investigation, but those who killed him can be identified in the video.

The UN General Assembly rejected Muammar Gaddafi`s appeal to investigate the killings of all state and government leaders of UN member countries throughout 65 years of the organization`s history. It proves that in most countries the authorities do not want publicity on those killings. But if Gaddafi was alive and put to trial, he could have testified on a number of very controversial issues, including the Lockerbie  bombing, as well as on some other operations carried out by the West against Libya and other countries. Thus, having put Gaddafi on trial, the ICC would have become the least interested in bringing the process to the logical end.

But the Court is silent on Gaddafi`s death. On the day when the ousted Libyan leader was killed,the ICC addressed the Republic of Malawi in southeast Africa to explain why it failed to arrest the Sudanese president Omar Al-Bashir during his visit to Malawi last Friday in accordance with the order issued in 2008. Why the ICC does not demand the same from the Libyan authorities?

Remarkably, the official accusations once unveiled by the ICC against Gaddafi include 'the use of lethal force', 'manslaughter', 'cruelty and torture'. The question is why Gaddafi`s case should be viewed differently from what has been going on in the neighborhood. The ICC definitely has the reason.