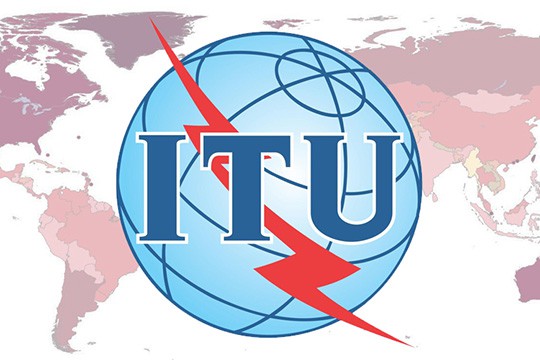 In today's world, telecommunications and information and communication technologies (ICTs) are becoming key instruments of influence for states in the international arena. Geopolitical rivalry has to a large extent shifted to the area of ICTs. For a state, having a digital advantage is now akin to its economic potential and politico-military power in terms of determining its standing in the system of international relations.

Amid growing challenges and threats in the use of ICTs, the International Telecommunication Union (hereinafter — the ITU, Union) as a specialized agency of the UN system plays a crucial role in global cooperation between states in the development of modern digital technologies. Suffice it to say that the Union allocates global radio spectrum and satellite orbits, develops technical standards ensuring that networks and technologies seamlessly interconnect, strives to improve access to ICTs worldwide, and promotes international cooperation in the interests of developing countries, including the development of telecommunication networks, enhancement of technical facilities and their efficient operation.

However, the functioning of this international organization, which is, by virtue of its mandate, a purely technical agency, is beginning to stall owing to the efforts of certain — first of all Anglo-Saxon — countries which seek to politicize its work.

Specifically, the Unites States, in an effort to preserve and increase its global technological dominance, is attempting to gain de facto sole control of the Union and turn it into an instrument serving the narrow interests of a small group of countries in the area of ICTs. In practical terms, this means imposing Anglo-Saxon (i.e. American) standardization on the global ICT development and essentially blocking the adoption of the rest of the world's advanced digital technologies — even though it is a well-known fact that the United States has long lost its innovative role in the global digital transformation.

To fulfil these tasks, Washington has nominated its candidate — Doreen Bogdan-Martin, Director of ITU’s Telecommunication Development Bureau, — for the post of ITU Secretary-General, whose election is to be held during the next ordinary Plenipotentiary Conference of the Union (26 September – 14 October 2022, Bucharest, Romania). If she is elected, the ITU will inevitably be remoulded to promote the interests of the United States and its satellite countries while ignoring the opinions of other states. It can be expected that, in pursuit of their national interests, the Americans will put obstacles in the way of other countries' advanced technologies and steer the discussion away from the Union's actual agenda, substituting serious issues with the notorious gender agenda. As a result, intense confrontation around technologies will paralyze the work of the Organization.

The way the United States acts in the international arena in dealing with issues of international information security (IIS) often hampers the inclusive participation of all states in the process as well as their technological progress.

Similarly, the Unites States is trying to interfere with the UN-led negotiation process on ensuring IIS, undermining the activities of the UN Open-Ended Working Group (OEWG). Washington and its allies are clearly annoyed by this mechanism, which was created on Russia's initiative and allows all 193 UN Member States to participate in its work on an equal footing. In an attempt to impose their terms, the Americans categorically demanded that non‑governmental entities be given the right to participate in OEWG sessions. The idea is to use NGOs which they control for promoting and legalizing their neocolonial ambitions in the area of ICTs and secure technological dominance of the West over developing countries.

The same "general line" is being shaped by the United States as regards the ITU. In the course of the sessions of the World Telecommunication Standardization Assembly (on 1-9 March 2022 in Geneva, Switzerland) and World Telecommunication Development Conference (on 6-16 June 2022 in Kigali, Rwanda), the Americans initiated a vote to remove Russia’s representatives put forward by the Regional Commonwealth in the field of communications from the list of nominees to the managerial positions in the ITU research commissions and consultative groups. Thus, the provisions of the Union’s Constitution and Convention were blatantly violated. The United States applied a "road-roller" algorithm that had been previously tested on other platforms, which allowed it to cater to its interests in violation of the ITU statutory documents.

Russia adheres to an essentially different approach by consistently advocating the need to reach specific universal arrangements (primarily, to develop an international legal regime for ICTs), support for the leading role of states in the negotiations process related to ensuring the international information security, protection of sovereignty in information space, and building capacity of the developing countries in this area. This resonates broadly and positively in the non-western world.

Standing at its origins, Russia, since the foundation of the Union in 1865, has been taking an active part in the ITU activities and consistently speaking for the strict observance of the Union’s statutory documents, constructive resolution of any issues based on the balance of interests of its members, mutual respect and spirit of friendly cooperation.

Guided by the universal values in terms of ensuring the international information security, Russia recommended Rashid Ismailov as its candidate for the post of the ITU Secretary-General. He is well-known in the ICTs community, has deep technical expertise with high experience in the telecommunications area. Holding the leading positions in Huawei, Nokia and Ericsson, he participated in the implementation of ambitious international infrastructural ICTs projects. In 2014-2018, he held office of the Deputy Minister of Communications and Mass Media of the Russian Federation. At present, he serves as President of VimpelCom PJSC.

Ismailov’s program is based on promoting by the Union the mutually beneficial initiatives aimed at global development of ICTs, bridging the digital divide, and intensification of the high level dialogue on the introduction of advanced digital technologies in the developing countries. The Russian candidate also considers it necessary to shape the optimal environment for the innovations in the area of telecommunications/ICTs to support the digital transformation of society, to enhance cooperation between ITU members and other telecommunications stakeholders that identify themselves with the organization’s strategic aims.

All the way through its 157-year history the ITU has been a powerhouse for the world telecommunications development. However, there is a risk of the International Telecommunication Union becoming an "elitist club" imposing its standards and technologies on the majority (states!) based on minority interests. It would actually destroy traditional approaches to universal effective cooperation in this area under the aegis of the UN. Essentially, the question of the very existence of the ITU as a specialized body of the UN and its future is being decided. Either the organization will retain its universal character and will promote technological development in the interests of all mankind, all countries, regardless of their current level of development. Or it will split into opposing "technological trenches," which will mean the collapse of global digitalization. The "privileged" countries will be able to retain their place in the global technological process, while the vast majority of states will only be left, in one way or another, to pay for the technical domination of the aforementioned.