Why the Majority voted to live in Russia 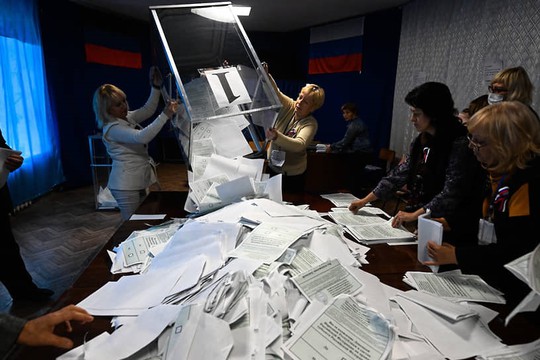 A huge number of people voted in referendums on joining Russia.

The majority of voters in four regions expressed their wish to live in Russia.

According to preliminary results (with 15% of ballot papers counted by 17:00 Moscow time) overwhelming majority of voters have OKeyed admission of all these regions to the Russian Federation as equal subjects.

All referenda have been recognized as valid. They have witnessed very high level of participation of voters despite permanent heavy shelling of the residential areas in all four regions by heavy weapons, including the U.S.-made MLRS HIMARS, by Armed Forces of Ukraine in violation of the UN Charter, the OSCE decisions and the EU basic principles.

The preliminary results will be announced on September 28th, and final results – some days later.

Why the majority of citizens in four named regions have voted for joining Russia?

No long arguments and explanations – there are plenty of them to catalogue them here. No time. Later. Just official figures.

killed – 1771 (here and in all other cases atrocities have been done by Armed Forces of Ukraine);

(NOTE: all data below for social infrastructure buildings is collected since 2017)