Why the world isn’t united against Russia 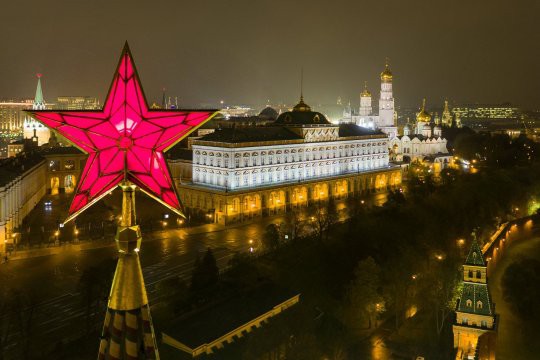 In an eye-opening editorial, headlined "Why the World Isn't Really United Against Russia," carried by Foreign Policy journal – America’s leading news publication, columnist Howard W. French tries to explain why many countries around the world have distanced themselves from the West and do not support its position regarding the Ukrainian crisis and attacks on Russia.

“After exuberant claims in Washington and European capitals that the world was united against Russia, most of the countries of the world are keeping aloof from this dispute. And in Washington they saw in this the echoes of the confrontation between East and West,” the author concludes.

“Putting China to the side because of its special relationship with Moscow, this included large nations, such as India, and small nations. In fact, a tally of their collective population would show that these governments represented a majority of the human population,” he adds.

The Third World nations were not taking a position one way or another in a conflict that many of them saw as having familiar echoes of a previous era’s contests between East and West.

From its very inception, the international political infrastructure that emerged in the early 20th century relegated the nations of what were long known as the “third world” to second-class status, and these nations haven’t forgotten that.

The close of the Second World War offered a great opportunity to inject more democracy and equality into the system of world governance. This optimism was fueled by new high-flown and progressive statements from the West about "freedom," "responsibility" and timetables with dates for granting independence. However, US President Roosevelt said that the promises of independence made to the colonies were just "wishes" and "declarations" and they would have to wait. And wait they did for another 10-20 years!

“The United States spent billions of dollars to rebuild the European economy after the devastating World War II, but no one fulfilled the West's unfulfilled commitments to decolonized countries,” Howard French continues. Deprivation of justice in relation to Western colonized peoples - this topic will not go anywhere by magic, just because people in the West want to ignore it, and someone finds it too "confusing" or "annoying."

“Many people have begun to speak of the invasion of Ukraine in these terms—as a portal to a new, if as-yet undefined, global order. However, few people pay serious and close attention to the work in progress, which are the major realignments of the 20th century, during which the peoples of the "third world" completely fell out of the vision of the West. Can this be justified by their insufficient level of "civilization" or "racial affiliation"? Or is this just about wealth and power, when “might makes right?” the author wonders.

Howard French makes it perfectly clear to his readers why the “third world” countries are no longer openly supportive of the West, which has proved its attitude towards these states as "second-class" countries. The times they are a-changing...