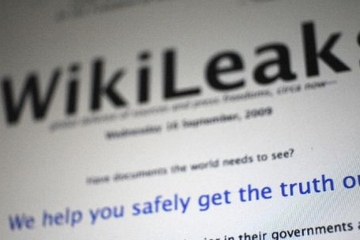 The collection of US diplomatic cables published by WikiLeaks includes some 20,000 documents pertaining to Latin America. Roughly 13,000 of them came to the US Department of State from the US embassies in Mexico, Brasilia, Buenos Aires, Lima, Santiago de Chile, and Bogota, while the remaining 7,000 originated from Caracas, Quito, La Paz, and Managua. Dates on the majority of the documents fit into the last decade.

It is hard to say at the moment what led WikiLeaks founder Julian Assange to dump the archive to Spain's notoriously rightist El País, chances being that the decision was not entirely up to him. El País is a part of Grupo Prisa, a media holding with close business links to the right and conservative US and Latin American media. It is an open secret that El País is heavily influenced by the Miami-based anti-Castro mafia and its satellites from the ranks of the radical immigrants from Venezuela, Ecuador, Nicaragua, and Bolivia. El País permanently floats media campaigns aimed at destabilizing the political regimes in the above countries, and the materials contributed by WikiLeaks will likely be put to use accordingly.

Currently the WikiLeaks information is disseminated in a redacted form via the channels operated by El País and other Western media companies. They carefully avoid calling into question the reliability of the reporting by the US embassies and the Department of State regardless of the methods employed by the US agencies. Some of the cables do mention the financial support provided by various US foundations to NGOs, human rights groups, and political opposition which also happen to be the sources from which the US typically draws information on the corresponding countries. Effectively, this is the same as buying information.

US ambassador to Nicaragua Paul A. Trivelli resorted to the assistance of anti-Sandinista political forces to collect information for his reports alleging that president Daniel Ortega regularly sent his government's ministers to solicit petro-dollars from Chavez. According to Trivelli's accounts, roughly half a billion dollars were delivered in suitcases from Caracas to Managua to be spent on bribing the Nicaraguan constituency. The mythical suitcases then served as evidence of Chavez's plan to turn Nicaragua into a country run by a “Cuban-style dictatorship”.

Trivelli's successor Robert Callahan supplies the US Department of State with similarly generated data. He seems to enjoy alarming Washington by churning out reports that – in breach of the Nicaraguan constitution – Ortega is going to seek reelection in 2011 and therefore takes a keen interest in Chavez's experience of the kind. Callahan's reports are also saturated with claims that Iran is gaining ever stronger positions in Managua and using Nicaragua as the starting point for its subversive expansion across Central America and for reaching the US territory via Mexico. Clearly under the impression left by one of Callahan's papers, H. Clinton expressed concern in May, 2009 that Iran was building the single largest embassy in Nicaragua, as if the embassy could pose a threat like some missile launchpad. Truly speaking, the single largest embassy in Nicaragua is the US one, which is a heavily fortified compound built to survive anything short of a nuclear strike and overloaded with advanced surveillance devices. Such fortress-style embassies were built by the US over the past decade in the majority of Latin American countries, leaving the impression that Washington is bracing for a global catastrophe. Shall we assume the perceived threat is the end of the world which the Mayan priests anticipate in 2012?

US diplomats in Latin America seem convinced that constant invocations of the Iranian theme are the best way to demonstrate their awareness of what is going on in the intelligence field. The vigilant watchers spotted Iranians on the Caribbean islands and in the region's every part from Mexico to the south of Chile. The materials which saw the light of day thanks to WikiLeaks reflect the US paranoid worries that Iran struck a secret deal with Hugo Chavez and Evo Morales and is already mining uranium in Venezuela and Bolivia. The lie has been broadcast by the US propaganda machine over the recent years. For example, the US diplomats attempted to portray an Iranian bicycle factory built in Venezuela as a secret uranium facility. In response, Chavez appeared in a TV program riding a bike and promised to present “a nuclear bike” to G. Bush, adding that the device was at least equipped with brakes.

One of the US Department of State documents exposed by WikiLeaks happens to be H. Clinton's request sent to the US embassy in Buenos Aires containing questions about president Cristina Fernández de Kirchner's way of fighting stress and the medications she was taking. Implicitly, the cable cast doubts over the Argentinian leader's mental health. US department of State cables also describe Cristina Fernández de Kirchner and her husband Nestor Kirchner as individuals obsessed with lust for power, an unpleasant couple, and talentless politicians. The explanation behind the view is that both never bowed to the US pressure and befriended Chavez. Eventually, H. Clinton was forced to apologize, but her sincerity is hard to trust.

Overall, US diplomats never seem to stop monitoring the health condition of Latin American leaders. Predictably, the focus is on Chavez. US diplomats arrived at the conclusion that he acted inadequately and spread a markedly provocative psychological portrait of the Venezuelan leader put together by CIA psychiatrists which depicted him as an insane, primitive, and uncontrollable individual. The US Department of State was excited to learn from the US embassy in Brazil that Evo Morales was diagnosed with a tumor and seriously disappointed later when it became known that he underwent a successful surgery. When the electoral campaign in Paraguay was in process, the US Department of State asked for information on the health condition of all of the country's presidential candidates. The incumbent Fernando Lugo's cancer for which he had to endure exhausting chemotherapy could be a logical consequence of the request.

Simple browsing the WikiLeaks publications is enough to realize that in many cases they are identical to propaganda pieces featured by various newspapers and journals. Allegations are made that Mexican president Felipe Calderon's popularity is evaporating and that he is losing the war against drug cartels, that Cuban intelligence operatives have direct access to Chavez and enjoy full freedom of activity in the Venezuelan army, and that in Nicaragua the rating of president Ortega sank so low that even elderly nuns pray for his being killed the sooner the better.

Notably, WikiLeaks released nothing about the Mission of the US Interests Section in Havana, the torture experiments staged in Guantanamo, or the creation of US bases in Costa Rica and Columbia. The Wikileaks materials shed light in minimal quantities on the preparations for the coup in Honduras and the police mutiny in Ecuador. Nor does WikiLeaks find much to tell about the US intelligence activity in Latin America. Such omissions add up to a fairly long list.

Currently efforts are made to replicate the WikiLeaks success. The OpenLeaks outlet is being put on track to widen the audience of shocking revelations. Will it go so far as to bring to the surface the operational materials of the CIA, the US Defense Intelligence Agency, etc.?

WikiLeaks: Neither Tolerated Nor Silenced