Will it be possible, that a buyer from Europe be able to dictate the gas price to a seller from Russia? 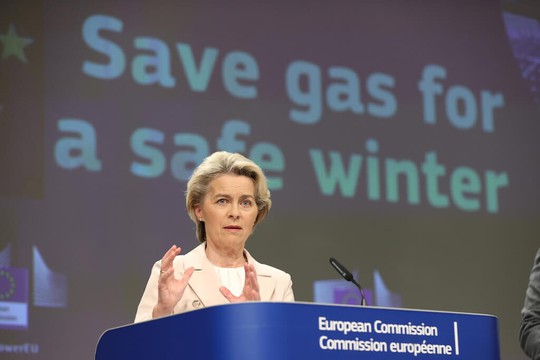 The West wants to hand over world markets rules!

Western leaders due to their plight passionately believe, that ‘a buyer can dictate to a seller the price that is convenient for the buyer’. In fact this is contrary to any norms of trade that have developed over the centuries. But Western leaders are so brave to break norms and traditions. So, we will soon see how Russia will respond to the West's collective violation of the age-old rule "The seller sets the price"…

France has come out in favor of imposing an EU-wide price cap on gas supply from Russia and a windfall tax on excess energy profits as Europe looks to rein in sky-high energy costs and respond to provocations from Moscow, writes POLITICO. Brussels is gaming out radical measures to lower energy prices.

The proposals include a price cap on Russian gas, new benchmarks for EU-wide gas price setting and a command-and-control allocation of gas to needy countries in an emergency.

The proposed policy responses — many of which the European Commission had previously dismissed as risky, ineffective, or having too many negative unintended consequences — follow fresh tough measures from Moscow that once again sent European energy markets soaring.

Anyway, new EC steps should be temporary – they could be imposed “for six months” and “possibly renewed for another six months,” according to EC authorities.

According to a German economy ministry spokesperson, Berlin wants to set up a national "expert commission" to examine "what's the wisest approach" to capping gas prices — essentially putting the brakes on any quick EU-wide measure.

The proposed price ceiling on gas — €50 per megawatt-hour is floated, which is less than a fifth of the current spot price — would take the form of emergency legislation used earlier this year to pass gas rationing measures by qualified majority vote, or by creating a single European gas buyer to negotiate a specific volume of gas to purchase from Russia.

“About someone making some decisions to limit prices for our oil and gas which is an absolutely dumb thing to do. Should someone try to move it forward, it will do no good for the decision-makers. There are contractual obligations and contracts for delivery. Will there be any political decisions that run counter to contract clauses? We will ignore them and suspend deliveries if these decisions are inconsistent with our interests, our economic interests in his case. We will then stop supplying gas, oil, coal, or fuel oil, suspend all our deliveries and fully comply with our contractual obligations. Notably, the people who are trying to impose things on us are not in a position to dictate their will to us. Let them come to their senses. This is how the economy, including the domestic economy, works.

Following up on those who we talked about earlier, we will not be supplying anything outside of contracts. We will not do anything they are trying to impose on us. What we will do instead is just sit there and keep saying a famous line from a Russian fairy tale, “Freeze, freeze, the wolf’s tail.”