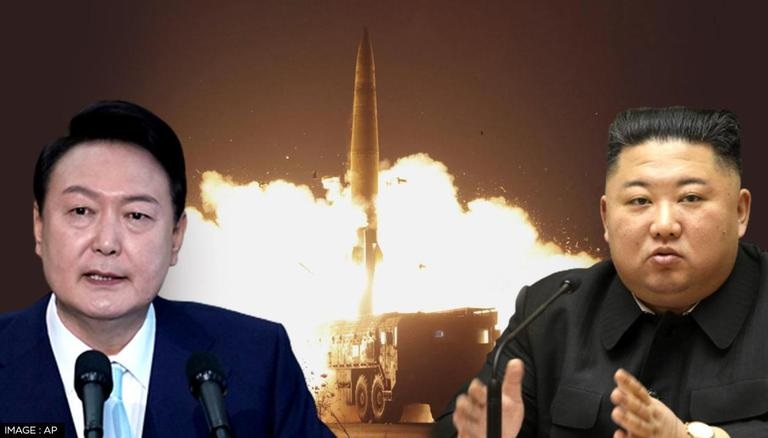 Washington’s attempt to curb North Korea’s nuclear ambitions are at a dead end. The nation is a nuclear state. Its arsenal is growing in both size and sophistication. Although Pyongyang will never be capable of staging a preemptive strike against the United States, it soon may be able to retaliate against Washington for defending South Korea, writes “Foreign Policy”.

The shifting balance has sparked a serious debate within the United States and South Korea over nuclear policy. The first question is whether it makes sense to pursue denuclearization — the famed CVID (complete, verifiable, irreversible dismantlement) — when the North already has the bomb. Although official Washington policy resolutely refuses to acknowledge North Korea as a nuclear state, reality may eventually force a policy retreat.

There has been a rolling debate in South Korea for about a year on its potential nuclearization. But that has been mostly limited to extra-governmental voices in think-tanks and academia. So it is genuinely surprising that this has already reached the presidential office.

Indeed, it speaks to just how threatening North Korea’s nuclear weapons are perceived in South Korea – and how unhelpful China has been in restraining Pyongyang – that no less than its president is now discussing this.

The South Korean fear is similar: in a spiraling crisis with North Korea, would its nuclear ICBMs compel the US to ‘slow-roll’ assistance for fear of crossing some retaliation threshold with North Korea? The answer is almost certainly ‘yes’, the author of the military portal ‘19fortyfive.com’ is convinced.

It is inconceivable now, in a nuclearized environment, that the US alliance commitment to South Korea is as automatic as it was in a conventional environment. Any US president will flinch at a course of action which might realistically incur a nuclear strike on US cities.

This new reality, since North Korea’s successful 2017 ICBM test, is only just sinking in. For a few years, it looked like former US President Donald Trump and former South President Moon Jae In might strike a deal with North Korea. That was always pretty far-fetched, but once it definitely fell apart by 2020, a South Korean nuclear debate was likely inevitable.

The debate on nuclearization in South Korea itself is culminating. South Korea public opinion is supportive. Nongovernmental opinion is tilting toward it. The country’s main conservative party has said South Korea should withdraw from the Non-Proliferation Treaty if North Korea tests another, seventh, nuclear weapon. And now the South Korean president has broached the issue too.

The big hurdle then is the Americans. The US is South Korea’s only treaty ally and its core foreign relationship. Without American defense guarantees, South Korea’s defense spending would double or triple. So South Korean governments have traditionally given American preferences wide berth.

And indeed, the American response was to play down Yoon’s comments.

In fact, the North Korean nuclear and missile threat will only worsen as the regime tests more and more, and they certainly are not going to stop. The more North Korea can threaten US cities with massive destruction, the less credible US alliance guarantees will be.

Luckily, this problem is not new. America’s European allies faced it during the Cold War because the USSR could strike the US homeland, and a variety of responses, including nuclear sharing and indigenous nuclearization, were tried with reasonable success. The US has also adapted to Israeli, Indian, and Pakistani nuclearization without a massive crisis.

So South Korean nuclearization need not lead to an alliance rupture unless the US insists on it.