Will the EU split into the East and the West? 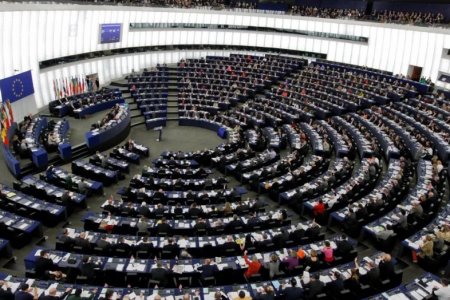 On March 1, 2018 the European Parliament has adopted a resolution initiating a disciplinary procedure against Poland. Warsaw is accused of violating a number of fundamental democratic principles of the EU. If the Polish government does not agree to make concessions, the country may for a time be deprived of the right to vote in the European Council. [i]

The problem is that to implement such a decision, the consent of all EU member-states is needed. Meanwhile, Hungary, against which charges of the same kind have been brought, can block sanctions against Warsaw.

According to many observers the increased tensions within the EU reflect not just the "growth of nationalistic sentiments" across Europe. Analysts, as well as high-level politicians, including French President E. Macron, are already openly talking about the EU's moving towards "Europe of two speeds". How serious is the threat of increasing contradictions between Europe’s east and west?

The "right", "anti-liberal" turn has been observed in Europe for the last 20-25 years and not only in the new EU members but throughout the continent. According to the BBC  in 2000 the average share of those who voted in the European countries for "populists" was 8%, at present it is about 25%. Michael Abramowitz and Nate Schenkkan of The Foreign Affairs note that now Islamophobia, "persecution of NGOs", stiff rejection of EU policies  and fear of migration  play a key role in strengthening the positions of conservative and nationalist politicians -"populists" not only in Hungary, Poland, Austria and the Czech Republic. Similar ideas are spreading rapidly in the political discourse of almost every European country. More and more often "populists" are becoming potential partners in forming coalition governments. [ii] Thus, many political forces in Central and Eastern Europe, are increasingly rejecting the "EU pressure" because it is associated with sovereignty restrictions.

The embodiment of these trends was a series of political upheavals that occurred in Europe in 2017. First, both system-forming parties - the Socialists and the Republicans - suffered a crushing defeat in the French presidential and parliamentary elections. Then  to the unexpected surprise of most observers the "most serious political crisis since the unification" began in Germany - negotiations for the creation of the ruling coalition lasted more than 6 months, ending only in March 2018. Finally, in December 2017, a new government was formed in Austria, which included the conservative People's Party and the far-right Freedom Party. Clearly there is no talk about Vienna’s withdrawal from the EU. Nevertheless, the new Austrian ruling coalition has its own idea of the ways of reforming the EU - a very different one from the approaches of Germany and France. Chancellor Sebastian Kurz does not conceal his desire to limit the EU's spheres of influence. Some commentators say that by this he strongly resembles some of his colleagues in Central and Eastern Europe, also dissatisfied with attempts to centralize power, undertaken by Brussels.

The highlight of the clash between different concepts of the European Union's future was the judicial proceedings initiated by the European Commission against Poland "for political interference in its justice system" on December 20th, 2017.

In these conditions, on the one hand, both the new cabinet of Merkel as well as the French president who is facing ever greater resistance to his ambitious reform plans have even more serious doubts regarding the ability to "initiate the process of renewal of the European Union". On the other hand, "the events which happened in the end of 2017 in Brussels, Budapest, Warsaw, Prague and Vienna are the unambiguous alarming evidence that the EU encounters an existential dilemma in confronting the nationalist leaders of Central Europe led by Poland and Hungary". [iii] Meanwhile, the Euro zone crisis and the Brexit remain on the agenda. As a result, the well-known Russian expert Fyodor Lukyanov says: Europe turns to itself, and "the future of the continent" has not been so vague from the middle of the 20th century. "

Political contradictions are closely intertwined with the economic ones. The work of well-known economists Filip Novokmet, Thomas Piketty and Gabriel Zucman published in 2017 bluntly call Eastern European nations “foreign-owned countries”. On the one hand, a stable inflow of investment provides economic growth and high employment. On the other hand, such a high dependence on foreign capital in the economy is fraught with serious shocks, in case a country, for some reason, loses its investment attractiveness. As historical examples show, the "flight" of foreign investors, as a rule, provokes a surge of unemployment, a deep decline in the economy,  collapse of the banking system. [iv]

Meanwhile, after the UK leaves the European Union the annual budget of the EU will decrease by at least 10 billion euros. In this regard, the issue of decreasing subsidies to member countries, which will primarily affect the poorest countries, is being actively discussed. This "foreshadows yet another clash of the east and west of Europe." Moreover, "some countries were told that their rejection of liberal values might be the reason to reduce their subsidies”. In response, the leading countries of Central and Eastern Europe "unequivocally say to Brussels: we are not your colonies". In these conditions, "the Battles of Eastern and Western Europe threatens to slow down, or even completely slash to zero, a decade and a half of integration processes, and in a broader sense raises the question: is the EU united on the basis of common economic interests or common values?"[v]

At the same time, the issue of Poland, Czech Republic or Hungary leaving the EU is not on the agenda. There are no objective reasons for this. The current CEE leaders largely owe their popularity to high rates of economic growth, the key factors of which are EU subsidies and foreign investments. Membership in the European Union is very beneficial for Eastern Europeans, as they receive more from Brussels than they give. Especially when it comes to issues of political and economic security. Formal belonging to the "West", one of the main symbols of which is Schengen, is also very important for the overwhelming majority of citizens of these states from the psychological and philosophical point of view. The EU will also not give up Eastern European members, since the economic benefits of investing in growing economies, as well as export earnings to Central and Eastern Europe, are one of the main sources of growth for the whole Union. In addition, the experience of recent years has shown that with the problems of "Romanian corruption", "Hungarian authoritarianism", "Polish attacks on courts" and border disputes, like the Slovenian-Croatian one, "it is much easier to fight when the country is already included in pan-European structures," Maxim Samorukov of the Russian Carnegie Center says.

The problem is that Brussels seems to have chosen a strategy that is very risky in the current circumstances, designed to "restore  the Union’s  self-confidence" - through a new expansion. In February 2018, the president of the European Commission, Jean-Claude Juncker, announced the strategy of joining the EU (until 2025) of at least some of the six states of the Western Balkans. According to Brussels's plan the admission of new members should convince the rest  to abandon the privileges of individual countries and delegate more authority to the "center." The question is about taking decisions not by consensus but by the majority, as well as about developing mechanisms for monitoring compliance with common rules by member-states and punishing violators. The ultimate goal is "supranational institutions that will gradually take away key functions from the least competent national governments". [vi]

However, experts at the American think tank Stratfor say that "the enthusiasm for the EU enlargement has largely dried up". Besides, the Eastern European capitals are hardly to like the real goal of the EU reform, for which the leading "old" members of the club advocate - to minimize the chances of the CEE countries to play on the contradictions between the world powers. And even if those who believe that "at the heart of all such games there is always a desire to knock out as many financial preferences as possible from the European Union are right," the population of Central and Eastern Europe is experiencing a growing anxiety and irritation as a result of realization that, if such trends continue in the politics of Brussels, the dreams of "life as in the West," under whose auspices people often had to give up their national interests, will never come true. Meanwhile, to succeed in global competition, there is a need to limit or even reduce the "main achievement of the European" welfare society "- its social systems. This is increasingly spoken about in the old EU members. [vii]

Only time will tell whether the trends analyzed above are long-term.

If most of the CEE countries will not get rid of the "restricted, one-sided point of view", according to which their national interests do not go beyond their state borders, then the ideas of the "all-European home" will remain only beautiful slogans for both the society and a large part of the ruling class. The real policy will remain at the level of "tactical pragmatism", which will focus on those slogans and ideas, which at the moment are most in demand by voters. Even if it is a question of EU-scepticism and national populism. Probably, in the center and the east of the EU, a "new Eastern bloc" will be formed - led by the countries of the Visegrad Group (Hungary, Poland, Czech Republic, Slovakia), but not limited to it. The countries of this "bloc" will promote the idea of the "Europe of Nations": the transformation of the European Union into a confederation of independent states, united by a common free trade zone and "a few  supranational functions."

Thus, tensions between the east and the west of the European Union threaten to become its main headache in the coming years. "Pessimists predict the emergence of situational alliances within the EU that threaten to paralyze the work of its political institutions," the BBC said. Thus, the initiative to expel Russian diplomats in connection with the "Skripal affair" in the end of March 2018, among other EU member states, was not supported by Austria and Slovakia. On the whole we can assume that the evolution of the future European order has only just started and will continue for several decades.