Will the Non-Aligned Movement revive? 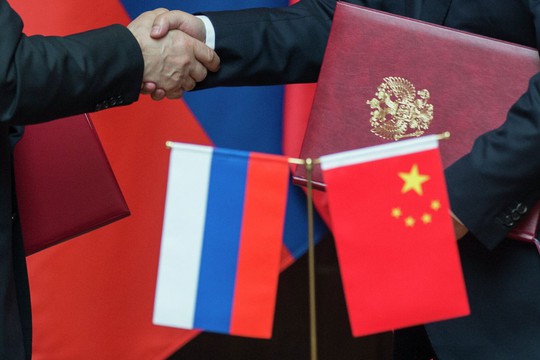 We are on the verge of a new world order, if Russia and China manage to create a polycentric system, writes the newspaper Al-Quds Al-Arabi, published in Arabic in the UK.

We witness an increase in global instability, as some countries rise and others weaken, what affects the rest of the world trying to deal with the consequences of global unrest and conflicts.

The article analyzes in detail the new geopolitical forms that are related to the reformatting of the world that has begun. And this is interesting because the London edition offers its own vision of new formats, focusing on the so-called "revival of empires". It writes: “Throughout history, mankind has witnessed the rise of imperial powers many times over vast geographic areas, as well as cooperation and conflicts between them ... The period after the Cold War should be described as “unipolar”, because the liberal pole won - this was the stage of domination of one pole and one center, represented by America. Some considered the European Union as a rising power capable of competing with the United States, but this did not happen due to many factors, among which an important role was played by the inability of Europe to adopt a unified military-political and even economic strategy ... The current rise of Russia and China testifies to the emergence of a new pole that opposes America. Before us is the “democratic” pole represented by the US and the European Union and the “authoritarian” pole represented by Russia and China. As a result, we are witnessing the struggle between the democratic and authoritarian axes at the global level, and one of the most striking examples is the conflict over Ukraine…

The nature of the regimes in America and the European Union differ from those in Russia and China, but the foreign policy of both global centers is authoritarian and involves the forcible imposition of their views during crises both inside and outside international organizations.

We, writes Al-Quds Al-Arabi, quickly became witnesses to the economic consequences of the conflict between the eastern and western camps - from rising prices for goods and their shortage to breaking the supply chains of goods. The conflict between the two warring camps threatens universal, democratic values ​​at the global level, which is manifested in the decline of individual and collective freedoms. But this struggle between the two camps is useless for most of the peoples of the world, who should follow their own way for liberation and development.

In other words, "Al-Quds Al-Arabi" refuses unconditional support for the West in its confrontation with Russia from the majority of the states and peoples of the planet. It seems that the Non-Aligned Movement can be revived with renewed vigor in new historical circumstances.