Will the Schengen zone survive? 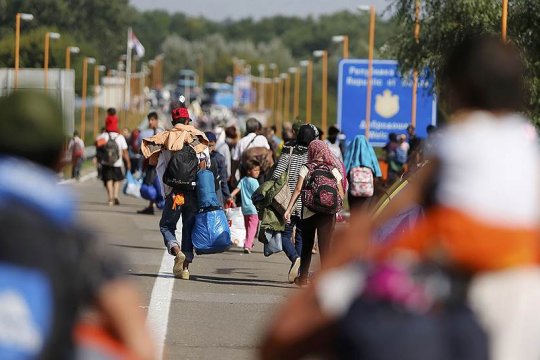 The problem of migration poses one of the major challenges to the future of the European Union. Residents in more than half of EU countries call for establishing a strict control of migration, in some cases, even suggesting a complete ban on migrant movements. Meanwhile, any productive solution to this effect will inevitably affect freedom of movement of people within united Europe, which is regulated by the Schengen agreements [i]. What are the prospects for the Schengen zone? And can it be preserved in its current format?

Up to the mid-2010s, EU members pursued their own migration policies, “proceeding from their own national interests.”  After a dramatic upsurge in the level of migration by 2015 it became clear that the potential of some EU countries was limited. A wave of migration swept Europe. Given the situation, many EU governments chose to resort to unilateral “time-serving” steps without thinking about the damage these steps inflicted on neighboring countries or on the long-term interests of the European Union as a whole. [ii]. The Dublin Regulations, which obliges the authorities of the first country a migrant has arrived in to consider their application for refugee status “proved “unviable." This was also because lack of control of internal borders of the EU enabled migrants to freely enter any of the Union states and to obtain social benefits there. The "influx of migrants", along with the terrorist threat, quickly turned the issue of the Schengen zone "into one of the hottest issues" on the European Union agenda.

Hungary, Malta and Slovenia were the first to introduce border control at the end of 2015. In 2016-2017 Belgium imposed control on the border with France, particularly in connection with terrorist acts on its territory. At present, border control within the Schengen zone is exercised by six states. Austria - on land borders with Slovenia, Hungary and Italy. Denmark - on the borders with Sweden and Germany. In France border control is “selective” in line with the state of emergency declared following the November 2015 terrorist attacks. Germany, which thought better of its original intention to put an end to border checks in May 2016, continues to exercise “selective” border control. Norway (which is a non-EU country) and Sweden are practicing similar measures.

Legally, the Schengen agreements allow for border inspections within the Schengen zone "on a temporary basis", "in case of emergency" and "proportionally with the scale of the threat." What could justify such measures is “serious threats” to public security and “internal stability”. In reality, experts of the European Council on Foreign Relations (ECFR) say, it is practically impossible to explain in terms of cause and result the logic of countries that only consider the possibility of restricting the Schengen agreements, and of those states that have already restored border control within the EU space. Politicians’ statements are vague; it seems that there is a lack of strategic vision of the impact of such measures on the EU policy as a whole. What could serve as the most plausible explanation of such measures, which pursue tactical interests and ignore long-term consequences, is the desire to cater to public opinion.

The matter is that traditional European parties very quickly found themselves in a situation in which anti-immigrant rhetoric turned into a major factor strengthening the positions of their opponents, who called for returning the main decision-making centers in the EU to the national capitals. Those were the forces that in the early 2010s did not have, as a rule, any chances of acquiring significant political influence. The issue of migration has played a crucial role in the decision of the British voters to withdraw from the EU. In Italy, it was after it assumed tough positions against the EU immigration policy that the League Party became a leading force of the new government in Rome. Sebastian Kurz, who has just been sent into retirement from the post of Austrian Chancellor, largely owed his coming to power to the migration crisis of 2015 [iii]. And Angela Merkel, the most harsh critic of the migration policy, has the third largest faction in Bundestag.

By summer last year, the debates on the migration issue de facto drove the EU into a political deadlock. The problem of preserving or canceling the internal border control was in the focus of attention. The fragile compromise reached in the course of a summit by the heads of state and government in June 2018 “did a lot to ease their differences but little to resolve the migration problem”. In addition to all that, the leading countries of the EU have failed to get the Visegrad Group countries to secure the implementation of the adopted agreements on the distribution of refugees [iv]. These compromiselike, controversial decisions has triggered a powerful outcry in many EU countries.

Internal security and migration topped the agenda of an "informal" meeting of  leaders of all EU member countries and of the European Commission, which took place in Salzburg on September 19-20, 2018. Austria, Hungary and Italy led the proponents of drastic restrictive measures in relation to migrants. They propose to reorient the EU’s joint efforts from redistribution of asylum seekers to the protection of external borders. In turn, French President Macron came up with political threats against countries that support the idea of greater independence of member states in migration-related matters. He made it crystal clear that countries that do not wish to support the strengthening of the EU’s joint border control and that opt for “greater solidarity” should leave the Schengen zone. [v]

In October same year, rapporteur of the European Parliament Committee on Civil Liberties, Justice and Internal Affairs, Tanja Fajon, said that internal border control within the Schengen zone runs counter to the EU legislation. There were proposed 42 amendments to the rules regulating the procedure of the resumption of border control at the internal borders of the Schengen zone [vi]. The ardent opponents to further centralization of the migration policy led by Italy, Hungary, the Czech Republic and Slovakia seem unperturbed by threats from Brussels and the richest EU states. In late May, the Hungarian Minister for EU Affairs said that migration control powers should be transferred from the “politically biased” European Commission back to national governments. In Budapest’s opinion, migration policy issues should be tackled by a specially formed council of interior ministers of the Schengen countries. [vii]

Meanwhile, according to critics, the opponents of Schengen must have miscalculated the economic dimension of freedom of movement within the EU, which is fairly large. After the exit of the UK, the annual budget of the European Union risks decreasing by at least 10 billion euros. The European Commission has already proposed redistributing part of the total EU budget from Central and Eastern Europe and Baltic countries in favor of Greece, Italy and Spain, which are experiencing, among other things, an influx of migrants [viii]. The resulting dissatisfaction of Eastern Europeans provokes new battles which threaten to “slow down, or even nullify 15 years of integration processes”. Meanwhile, as global competition is getting worse, the EU could become a success only if it introduces restrictions on or even cuts down the “major gain of the European “welfare society”" - its social welfare programs [ix]. Back in 2016, the German Bertelsmann Foundation estimated losses from reintroduction of permanent border control within Europe for the period from 2016 to 2025 at 77 billion euros for Germany and up to 470 billion for the EU as a whole.

After the start of a campaign to elect deputies to the new European Parliament, a threat to the Schengen agreements came "out of the blue." The issue acquired such an urgency that Emmanuel Macron, the de facto leader of supporters of further EU integration and federalization, who had strongly advocated the abolition of internal borders, chose to change his point of view. The French President suggested that the Schengen Agreement "could be revised." Macron supported demands that border of the Schengen zone should be shut for migrants and that the rules of granting asylum in the EU states should be reconsidered to become tougher. He thereby responded to fears and a striving for greater security which are sweeping ever more European voters. Also, Macron proposed creating a common asylum policy that would be in effect in all EU countries. This proposal has caused severe opposition from Hungary and Italy.

Now, according to the results of the elections to the European Parliament (EP),  Macron’s supporters in France have lost to the National Association of Marine Le Pen, which calls for decisive steps to restrict immigration. And an equally fierce opponent of the current migration policy, the head of the Italian League, Matteo Salvini, has doubled the number of mandates for the coalition of supporters of the revival of national sovereignty of European countries. However, The Financial Times writes, there is no unity of opinion on the EU’s future migration policy among the “nationalist forces” either, which is not surprising, since it directly reflects the moods of the public. In April this year, commissioned by the European Council on Foreign Relations, there was a large-scale survey conducted among citizens of 14 EU countries. For the respondents, the most painful loss would be the loss of “the ability to live, work and travel in other EU member states.” [x] Thus, while searching for a solution to one of the most pressing issues of the day, the EU is confronted with a paradoxical clash of public opinion - ordinary people, while backing freedom of movement (obviously, for themselves) are also in favor of restricting it (apparently, for some “unwelcome” individuals).

Politicians, however, are too pressed for time to reflect on all this, particularly with the next general elections just round the corner. At the start of the third decade of May, Danish Prime Minister Lars Lokke Rasmussen called for a permanent border control so that Denmark could combat illegal immigration and terrorism. Critics were quick to recall that elections in Denmark are scheduled for next month. In addition, it is not at all clear how it could be possible to infinitely “prolong” internal border controls and at the same time maintain formal membership in the Schengen zone. Given the situation, optimists see their chance in that politicians, like Macron, have finally initiated an open discussion on such a burning issue as migration. Pessimists believe that, by reversing their position on the future of Schengen, representatives of traditional parties play into the hands of ultra-right "populists" and "nationalists", de facto confirming the veracity of their anti-immigrant slogans. If such a tendency prevails, the EU will face a double-edged dilemma: to reduce the Schengen zone “to a limited number of countries”, or abolish it altogether.

[i] The Schengen Agreement is an agreement to ease passport and visa control at the borders of a number of European Union states, originally signed on June 14, 1985 by five European states (Belgium, the Netherlands, Luxembourg, France and Germany). It entered into force on March 26, 1995 and ceased to exist on May 1, 1999, having been replaced by the Schengen legislation of the European Union.

[iii] That year 90 thousand people – about 1% of the population of the country – applied for asylum in Austria.