Will the Special Relationship Between the US and Great Britain in the NATO Framework Stay Afloat? 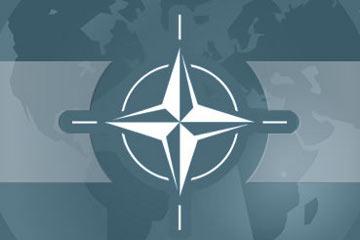 US Secretary of State H. Clinton said in a comment on the Strategic Defense and Security Review submitted to Great Britain's House of Commons that the country will remain the most capable US partner in the military sphere. In the past, the ties between the US and Great Britain used to be described as a special relationship since the term was floated by W. Churchill in his famous 1946 Fulton speech which marked the start of the Cold War.

Anglo-Saxon solidarity had been the underlying concept of the strategic partnership between Washington and London for decades, but in the mid-1970ies the US arsenals counting slightly below 2,000 nuclear warheads largely overshadowed Great Britain's military potential. At the same time, the USSR reached strategic parity with the US, and Great Britain's contribution to the global strategic landscape no longer looked impressive against the backdrop of the rivalry between the two giants.

Naturally, the revaluation of the special relationship between the US and Great Britain was more intense in Washington, though the European integration also led London to approach the theme without the traditional piety.

Nevertheless, Great Britain is still the number one ally of the US, especially in the NATO framework. In 2004 British prime minister T. Blair offered to host US missile defense infrastructures – an early-warning radar and ballistic interceptors - at Great Britain's Fylingdales airbase in Yorkshire, while the rest of West Europe was thinking of building a non-strategic missile defense without the Pentagon's help. London was also the first country to join the US campaign in Afghanistan in 2001. After several rounds of deploying additional troops, the British contingent in the country – currently a total of some 10,000 servicemen – became the single biggest national part of the Western coalition.

The British forces took part in the US-led invasion of Iraq in 2003. Great Britain sent 62,000 servicemen to the Gulf zone to which the US dispatched 145,000 soldiers. A British aircraft carrier group joined three US ones in the Gulf and the airbases sited on the British Isles were used to launch air raids during the campaign: the B-52 bombers took off from the British airbases in Fairford in Gloucestershire.

At the moment, however, the British establishment is divided over the feasibility of maintaining so close partnership with the US. In March, 2010 the Foreign Affairs Committee of the House of Commons recommended dropping the term “special relationship” from the political vocabulary and, moreover, suggested learning to say No to Washington and being more assertive in advancing Great Britain's own national interests. The British parliament is worried that these days the relations between the US and Great Britain no longer have the shape of equal partnership. Instead – offensively for the whole nation - Great Britain's reckless support for the US invasion of Iraq earned former British prime minister T. Blair the nickname of G. Bush's poodle. Facing serious problems in Afghanistan, Washington would in fact be happy to see London continue as its minor partner.

Unveiling the Strategic Defense and Security Review in the British parliament, prime minister D. Cameron announced that an 8% cut awaits the defense budget in the coming four years and that the British army is to shed 17,000 servicemen plus 25,000 civilian staff over the period of time, but stressed that the budget of the operation in Afghanistan would not be affected and pledged a technical upgrade for the British forces in the country. Obviously, the position caused H. Clinton's outpouring of praise for D. Cameron and his cabinet.

Great Britain's politicians and military command may cherish the country's reputation of a global-scale military player and US most powerful partner, but it is an open question whether the country can afford the mission, especially in the settings of the current economic downturn. It seems that London is becoming increasingly vulnerable to doubts over the issue.

Generally, these days references to the special relationship tend to be infrequent in the US. Indeed, the concept bred by the Cold War should belong to the past, but the US is keenly interested in keeping it alive in the world where calls for spreading democracy have taken the place of anti-communist rhetoric. The idea is no longer universally accepted in London – and clearly draws discontent in Berlin, Paris, and Rome where there is a persistent impression that London's acting as the US poodle hurts the European unity.