Will the Trans-Caspian Pipeline Be There Despite Russia's Opposition? 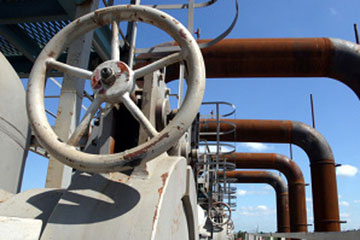 This September was marked with a recurrence of pipeline disputes between Russia and the EU. On September 16, Russian premier V. Putin blessed in Sochi an agreement on the construction of the marine section of South Stream, the pipeline intended to rid Russia of the dependence on Ukraine for gas transit to Europe. The EU responded with increased activity around the rival Nabucco project and issued a statement that Russia's consent to pipeline construction underneath the Caspian seabed would be completely unnecessary. A series of unexpected September raids on Gazprom affiliates across the EU underscored the conflict.

The signing of the South Stream deal was the second of Russia's recent energy policy gains since the September 7 launch of Nord Stream. The list of stakeholders Moscow managed to convince to join  South Stream is impressive enough to guarantee support for the project in top-influential European countries, the shares of Gazprom, Italy's Eni, French EDF, and Germany's BASF/Wintershall in South Stream being 50%, 20%, 15%, and 15% respectively. It is clear that as a side goal the penning of the agreement at the peak of Russia's new round of arm-wrestling with Ukraine over gas prices was meant to show that serious options of gas transit diversification are open to Russia. Anyhow, Russia and the EU remain locked in a protracted conflict powered by the competition of the Caspian and Black Sea region's two pipeline projects – South Stream and Nabucco.

Over the past year the EU kept urging Moscow not to put obstacles in the way of Nabucco, while Brussels also admitted that Europe  needs both and even dropped hints that, ideally, Russia should scrap the South Stream plan and partner the Nabucco consortium. EU representatives made it clear at the September, 2010 Russia-EU energy dialog conference which convened in Brussels that Europe placed its bet on Nabucco and would not allow the South Stream project to appear on its priorities list or back it in any form. With Russia currently supplying 30% of Europe's demand for natural gas and 27% - for crude, Brussels feels that its energy dependence on Moscow is excessive. European Commissioner for Energy Günther H. Oettinger stressed that the EU would rather be importing gas directly from the Caspian region, though Brussels would not oppose parallel construction of Nabucco and South Stream.

In September, 2010 the Russian-European gas dispute culminated in angry exchanges as Germany's former foreign minister and Nabucco's current political consultant Joschka Fischer attempted to disprove Putin's Sochi statement that natural gas resources to provide a workload for Nabucco were unavailable and expressed the view that Moscow's game was about leverage over Europe rather than about normal gas export. What followed was a real information war between Russia and the EU, with the former churning out arguments against the Nabucco project and the latter calling Russia to refrain from impeding its implementation. The key issue in the process was whether the EU would be able to sideline Russia and gain independent access to the Caspian reserves without which there is going to be no gas for Nabucco. Oettinger said on March 28 that launching Nabucco takes gas suppliers' consent which was needed immediately but missing. He also warned Russia against trying to block the project or pushing for South Stream's becoming an alternative to it. In contrast, support for Russia's position was voiced by former German chancellor Gerhard Schröder who in June, 2011 projected that the shutdown of Europe's nuclear power facilities would leave it in need of extra 170 bcm of natural gas and prised Russia as an absolutely reliable gas supplier. Europe's own resources are being depleted while North Africa and the Middle East are too unstable to guarantee uninterrupted gas supply. Schröder further said that in Turkmenistan there are curious individuals who have a tendency to sell 300% of certain gas reserves and that Azerbaijan happens to be the brightest democracy one can imagine. He did say Nabucco deserved support but opined that opposition to South Stream made no sense as Russia's extra pipeline would contribute to the security of Europe's gas supply.

Shortly before the South Stream agreement was signed, Oettinger bluntly told that it was undesirable. South Stream would be all right with Europe only as an additional avenue for Russian gas supplies to Europe, but – since for Europe access to the world's biggest gas reserves on which Central Asia sits is the key issue – the gas from the Caspian region being pumped via South Stream would be a problem for Brussels. Azerbaijan's gas deposits alone would not be enough to match the planned Nabucco throughput, meaning that prospects for the project depend on the availability of natural gas from Turkmenistan. Consequently, the future of Nabucco depends on whether the EU has any luck constructing a pipeline underneath the Caspian Sea, which takes overriding the positions of other Caspian countries. No compromise on the hitherto undefined status of the Caspian Sea has been reached up to date, and the legal aspect of the plan for the Trans-Caspian pipeline construction evokes serious doubts.

Oettinger's spokesperson Marlene Holtzner said in a recent interview to Deutsche Welle that the theme of the Caspian Sea status will not be touched upon in the process of signing the pipeline construction agreement, and that the existing discord over the issue should not affect the whole plan.  The EU maintains that the pipeline is to traverse the territories of Azerbaijan and Turkmenistan, and that other countries may, as in the case of Nord Stream, ask to have their ecological concerns addressed but have no authority to put the project on hold. In the coming few weeks, the EU expects to open talks with Azerbaijan and Turkmenistan in order to finalize the plans for the pipeline length and the amounts of gas to be contributed by Azerbaijan and Turkmenistan, along with the environment and investment protection parts of the deal. The signing of the South Stream agreement seems to have no impact on the developments around Nabucco.

The EU is open about its intention to ignore Russia's and Iran's positions as it goes ahead with the Trans-Caspian pipeline construction and to treat the Caspian Sea as any other, implying that the Caspian seabed is a marine zone exclusively belonging to Azerbaijan and Turkmenistan. The fact that the Caspian Sea is actually landlocked and therefore the international maritime law should not apply to it is not taken into account in Brussels. The EU designs, it should be noted, additionally carry a hidden military agenda as the US has long declared the Caspian region a zone of its interests. For Washington, Nabucco is a form of curbing China's appetite for the natural resources of the region. The project will as well help the US strengthen the grip on Central Asian republics' political elites which Washington has been courting for quite some time. In the nearest future, we can expect to see the US and the EU act in concert not only to advance Nabucco but, as a parallel process, to drag the Caspian republics out of Russia's orbit.