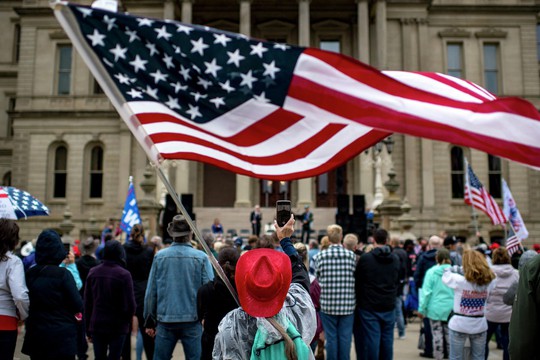 “The coming reconfiguration of the UK and the whole Western world is also inevitable… It is time for the Western world to become just a number of nations, which fit in with and co-operate with the rest of the world, locally and internationally, and be like any other members of the global family” – we see this  teasing forecast on ”The the Saker Blog” in a article “The Unravelling of the UK and the Western World and Their Reconfiguration”

They say: Ever since the collapse of the overseas British Empire, which included most of overseas Ireland, the unity of the UK has been under threat. This is because UK unity was the first step towards the construction of the British Empire, just as the construction of the American Empire began with its internal territorial conquests in North America, from the Native Americans, France, Spain/Mexico and of course from the Civil War. Only then did it look to imperial conquests overseas. Thus the loss of the overseas empire is inevitably leading to the end of the empire in the Isles.

The USA will surely not survive. All the south was stolen from Mexico. New Mexico and all the Spanish-speaking and Spanish-named south, will surely one day again become Old Mexico. Surely some other part of the south will become New Africa, just as in the north-east there will be a new New England and the West Coast may yet obtain independence.

The borders of several European countries make little sense, though there are exceptions, such as the well-established Nordics – Iceland, Norway, Denmark, Sweden and Finland, as well as Portugal and Malta.

Many borders in Eastern Europe, especially of Hungary and in the Western Balkans are unjust. As for Western Europe, it is full of artificial countries, whose borders or even identities were only invented in the nineteenth century. These include France, Spain, Germany, Italy and Belgium.

France has to find a way out for Corsica, Alsace, Brittany and the Basque Country, Spain must at least resolve the problems of the Basque Country and Catalonia. And the peoples who live in the German Federation may yet wish to refind their own roots in their own countries as before Prussian unification.

In eastern Asia, Korea, formally divided into two in 1948, will surely be reunited. South Korea will unite with North Korea and, like Vietnam, the artificial, US-imposed partition of the peninsula will be abolished.

Taiwan, taken over by the US in September 1945, will be reunited with the rest of China and another artificial division, largely the result of the commercial appetites of US arms dealers, will be overcome.

Japan, a US colony since August 1945 after the US had dropped Atom Bombs on it, will surely refind its freedom and its cultural roots and stop aping the West like a chimpanzee and become itself once more.

Canada could yet divide into three states. Leaving English-speaking Canada to find its identity, Quebec will surely refind its French roots as a separate entity. Alaska could link up with the indigenous peoples of the north of Canada across to Greenland to found a united First Nation of native peoples, thus forming an Inuit Nation, stretching all the way across the vast far north of North America.

All the specifics above are only possible or, in some cases, probable, insists “The the Saker Blog”.

We can add that if such problems have become the subject of discussion in the West, then powerful geopolitical impulses are felt there, which in any case will lead to serious changes in world politics.