Will the world face "climate refugees"? 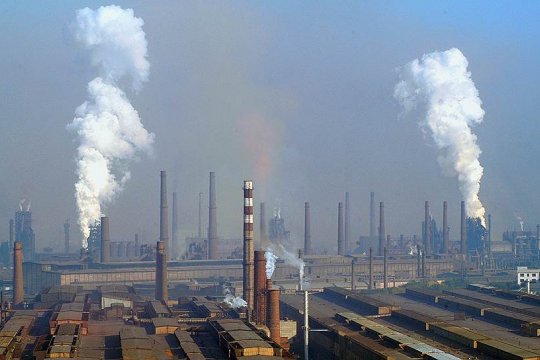 On October 8, the United Nations Intergovernmental Panel on Climate Change (IPCC) issued a special report [i] on global climate change. Experts reiterated an urgent need to prevent an increase in the average annual temperature of the atmosphere by one and a half to two degrees Celsius against the pre-industrial level, that is, since the end of the XIX century. The Paris Agreement on Climate Change, signed in 2015, stipulates that to meet this target it is necessary to cut current emissions twofold by 2050 [ii]. According to the latest data, the IPCC states that greenhouse gas emissions must be reduced to zero by no later than the middle of the XXI century. To this end, the global community should put a compete end to the combustion of coal, oil and gas and completely reorient the global economy. Moreover, the world community will have to revamp the principles of land use, agriculture, urban planning and industrial production in general [iii]. Meanwhile, many experts doubt the political neutrality of such forecasts.

The opinion of Russian and foreign experts on the much-discussed issue of global warming is different, to say the least. Some scientists argue that global warming is not global but local, whereas others, with charts in their hands, claim that climate change has been going on in cycles, at least over the last 420,000 years. They maintain that it doesn’t depend on the activity of man, and that in two hundred years the humanity will face a completely different problem - a dramatic global cooling [iv].  Back in 2014, the then Rector of the Russian State Hydrometeorological University Lev Karlin said that man’s fault in global warming does not exceed 20–25 percent.

Russia’s top climate research agencies, such as Roshydromet, the Institute of Global Climate and Ecology at Roshydromet and the Russian Academy of Sciences, do not question the very fact of an increase in average temperatures on the planet. Russia’s Ministry of Natural Resources has published a preliminary report “On the State and Protection of the Environment of the Russian Federation in 2017”, which [v] reveals that on average warming is progressing in Russia faster than elsewhere on Earth, which is fraught with new challenges. 62% of the territory of the Russian Federation is located in the permafrost zone. According to climatologists, the boundary of permafrost over the past decade has already shifted northward by 60-100 kilometers, depending on the region. Temperature rises cause the destruction of permafrost layers and their displacement, thereby turning the previously stable areas into swampy terrains. Such a change threatens the safety of pipelines, foundations, roads and bridges in affected areas, and could result in significant losses for the economy and risks for the population.

With a high degree of probability, the melting of the Arctic ice will continue - up to its complete disappearance in the summer periods of the years 2040-50, scientists say. This, in turn, can provoke a change in the routes of currents and  penetration of warm water into the lower layers of the oceans. As a result, huge chunks of carbon concentrated in methane hydrates (“methane ice”) will be released into the atmosphere, speeding up the process of climate warming. For the Russian Federation, the negative consequences triggered by warming could be the disappearance of forests in the Northern Hemisphere and forest and peat bog fires.

In general, the political instability caused by climate change calls into question long-term plans for the socio-economic development of entire regions and even continents. According to the UN Food and Agriculture Organization, one of the worst challenges of the near future will become a shortage of drinking water and tumultuous migrations of the population in search of a better life. A number of regions, in particular territories south of the Russian borders and the Arctic Region, will face climate-provoked conflicts.

Although the number of drought-affected areas on the territory of the Russian Federation “is not growing, such phenomena are becoming ever more widespread and gaining strength”. The majority of the country's population are already residing in territories the bulk of which are risky for farming (the European part of Russia and the south of the Asian part of Russia). The likelihood of drought in these regions is quite significant - one emergency in three to four years in recent decades [vi]. Meanwhile, the number of areas affected by precipitation decrease  in countries located to the south of Russia (Central Asia, Iran, Afghanistan, Turkey), is growing year on year. Hence the predictions that among the potential threats, including for Russia, is the emergence of the so-called “climate refugees”. Finally, as experts believe, shortages of water resources will increasingly be triggering interstate conflicts, including in the central regions of Eurasia.

Meanwhile, global warming could yield Russia a number of benefits. The navigation season on the Northern Sea Route will span a longer period while the heating season will become shorter, which is of particular importance given Russia’s cold climate. Crop areas for grain and legumes, especially in Western Siberia and the Urals, will expand significantly. As the comfortable living zone becomes wider, there is bound to be a general improvement in the economic situation in northern latitudes. [Vii]

A similar picture of the “pluses” and “minuses” of global warming is typical of other countries. Thus, the question arises whether demands of a radical shift in the economic model in course of several decades in an attempt to reverse the negative climatic changes in the environment make sense, or should we focus on political, economic and social measures that would help the international community to adapt to these natural trends. Many experts, including prominent representatives of the Western scientific community, are urging "not to demonize" the impact of human activity on global warming. Therefore, there is no need, under the cover of solving environmental problems, to restrict the development of countries which could be the present or potential competitors.

In the conditions of ever-increasing competition between states, protection of the environment becomes a convenient means of discrediting the opponents. Moscow has to frequently remind its international partners that, unlike the United States, Russia joined the Kyoto Protocol, and, unlike the EU, has acted on all obligations under this agreement [viii]. For some environmental organizations in Western countries, the campaign for environmental protection outweighs any objective needs for the development of both individual territories and entire states. At times, it is almost impossible to separate reckless sincere idealism from “lobbying for new-type corporate interests”. As a result, criticism of a development model based on hydrocarbons turns out to be the instrument of a competitive struggle that promotes the interests of the "green economy" which is not always, as it became clear in recent years, so ecologically flawless.

As becomes clear from Germany’s example, diversification of energy sources leads to an increase in the consumption of coal and gas. This was prompted by the hasty closure of nuclear power plants, which led to “loss” of power that couldn’t be compensated by environmentally friendly energy generating facilities. In addition, the German government was quick to understand that in order to guarantee the level of "green" generating facilities to 16% of the total national consumption as planed, they would have to raise investments of hundreds of billions of euros for decades. Similarly, Bulgaria’s decision to shut 4 units of Kozloduy NPP and freeze the construction of Belene NPP resulted in an increase in electricity prices. [Ix].These  “undisclosed figures” in the rhetoric of those who call for an immediate change in the global energy structure were pointed out by Russian President Vladimir Putin in the course of the Russian Energy Week at the beginning of October. The President underscored the counter-productiveness of any attempts to attach too much importance and politicize the role of man in climate change. Vladimir Putin spoke of bias and double standards demonstrated by proponents of putting a “final end” to the use of fossil fuels and attempts by some to blame Russia for causing a particularly unwelcome damage to the environment [x].

In particular, experts have produced conflicting estimates as to the effectiveness of  Russian forests in absorbing carbon dioxide. According to “Expert”,  implementation of the Paris Agreement by Russia under the UN Framework Convention on Climate Change, which stipulates measures to reduce carbon dioxide in the atmosphere as of 2020, is connected with Russian forests. The fact is that this document recognizes the role of CO2 absorbents and accumulators. Russia is thus interested in guaranteeing the maximum possible level of the absorptive capacity of its forests, which constitute 20% of the world’s forests. At the same time, an underestimate of the absorptive capacity of Russian forests, based on foreign research, could encourage Western countries to introduce a “carbon tax” on Russian gas supplied abroad. It could amount to up to $ 75 per thousand cubic meters, “if the world community pronounces the photosynthetic world of Russia incapable of absorbing “exported” anthropogenic CO2”. In turn, Russian experts are in favor of developing domestic methods of assessing the depositing capacity of land, including swamps and barren areas. This, however, requires additional government funding.

The Russian authorities are well aware of the importance of environmental issues.  The presidential decree of May 2018 "On the national goals and strategic objectives of the development of the Russian Federation for the period up to 2024" outlines  a number of government priorities, including ecological rehabilitation of water reserves,  preservation of forests on the basis of their reproduction in all deforested areas, the formation of an integrated waste treatment system and implementation of a wide range of measures to reduce industrial emissions into the atmosphere [xi]. The Ministry of Natural Resources of the Russian Federation is set on elaborating a comprehensive long-term strategy for the sustainable development of Russia and its regions. The president’s special representative for ecology Sergey Ivanov and the environmental wing of All Russia People’s Front are currently working on the issue of overcoming the negative consequences of climate change.

On the whole, it is possible to assume that “global warming”, the fight against which began in the 1970s, is being replaced by the “global unpredictability” of climate. Humanity has yet to devise such a paradigm of relations with nature which would fully meet the interests of long-term development. It is essential to avoid the unjustified politicization of extremely complex scientific issues and strike a reasonable balance between ecological purity and environmental safety on the one hand, and national competitiveness, on the other. Without discarding the benefits of the current energy model, Russia should painstakingly continue to deal with both the challenges and the opportunities brought by the next innovative wave, "focusing on renewable energy and resource-saving technologies." And as today, the Russian position should be determined by rationality, balance and realism.

[ii] http://expert.ru/russian_reporter/2016/04/klimaticheskij-razvorot/ The Paris Agreement will come into force in 2020 if it is ratified by at least 55 countries whose total greenhouse gas emissions account for at least 55% of the world total. Figures or shares of emission reductions are not specified: they were withdrawn at the request of the United States (the second largest producer of CO2 emissions after China) and the Gulf countries led by Saudi Arabia. In return, the agreement obliges states to increase their emission reduction targets every five years.