Will ‘West’ Survive after the Russia-Ukraine War? 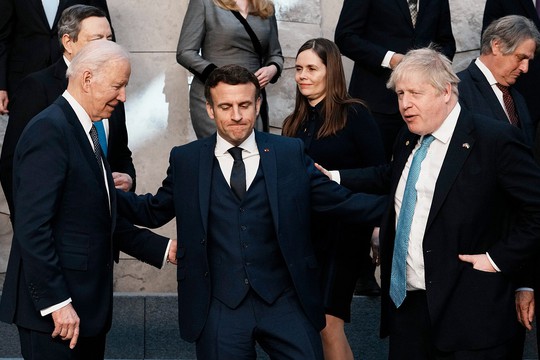 “Will the idea of the ‘West’ survive the scourge of the Russia-Ukraine War?”, - “Counterpunch”  puts this very tough question.

American magazine notes, that the ‘West’ is not just a word, but also a concept that acquires new meanings with time. To its advocates, it can be analogous to civilization and benevolent power; to its detractors, mostly in the ‘East’ and ‘South’, it is associated with colonialism, unhinged violence, and underserved wealth.

The current, seismic shifts in world affairs, however – namely, the Russia-Ukraine war, and the budding conflict in the Strait of Taiwan – compels us to re-examine the ‘West’, not only as a historical concept, but also as a current and future idea.

In the ‘Global South’, the West is hardly geography, but an idea and, quite often, a bad one. For the South, the West means economic exploitation, political meddling and, at times, military interventions. Southern intelligentsias are often divided between the need to ‘westernize’ and their justifiable fear of ‘westernization’.

Of course, the West is far more encompassing than geography. At times, the connotation seems purely political. Australia and New Zealand, for example, are ‘Western countries’, even though they are located in the geographical region of Oceania.

Despite the over-emphasis on closeness, unity, and strength by the US, not all Western NATO members are participating in the American euphoria. The cracks of disunity among European countries – both western and eastern – continue to make daily news headlines. And while US weapons manufacturers and energy exporters are making outrageous profits as a direct outcome of the war in Ukraine, other Western economies are suffering.

It is obvious that not all Western countries are sharing the burden of the war or its astronomical profits, a reality that potentially could redefine the geopolitics of the West altogether. Yet, regardless of where the West is heading, there is no question that the East is finally rising, a momentous historical event that could reinforce whole new political geography, and likely alliances as well.

This might also be the South’s opportunity to finally escape the West and its unyielding hegemony, stresses “Counterpunch”.